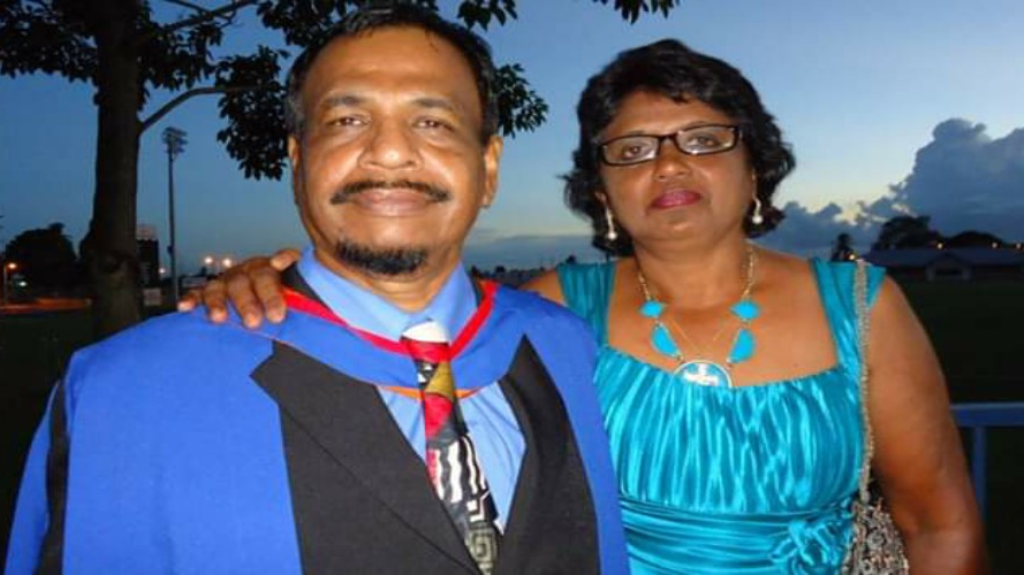 Police have confirmed that a suspect has been detained in connection with the murders of retired police officer Kenneth Mackhan, 62, and his wife Lillawati, 65.

According to police reports, a 24-year-old Claxton Bay man was arrested on Monday and is currently assisting police with their inquires.

The retired officer and his wife were discovered dead in a bedroom at their Welcome Road, Cunupia home on Monday morning.

Relatives said they were last seen alive on May 14.

According to reports, officers went to the home of the couple around 10.40 am.

The officers entered the premises and observed the doors and windows secured.

They announced themselves and got no response.

The officers then forced open a door and the entered the house, where they observed a foul stench emanating from a bedroom.

They made a check and attempted to open a door leading to the bedroom, however, it was blocked.

The officers broke a glass window on the outside of the bedroom and observed a brown barrel blocking the bedroom door and what appeared to be legs wrapped in a brown sheet protruding out of the barrel.

They also observed fluids and maggots on the bedroom floor.

The scene was cordoned off and the relevant personnel were contacted.

The CSI responded and discovered the body of the man wrapped in a bedsheet in a barrel, while the woman's body was found in a suitcase.

Police said the bodies were in an advanced state of decomposition and the bedroom appeared to be ransacked.

A district medical officer visited the scene and made a pronouncement.

An autopsy is expected to take place on Tuesday.

Police said a number of items were reported missing from the house, including a flat-screen television, a laptop, an iPhone, a DVD player and jewellery.

The identification cards of the couple were also reported missing.

Police also recovered a silver Hyundai Tucson, registered to the couple, in the Central Division.