Suspect in Sando robbery arrested in Cocoyea with illegal firearm 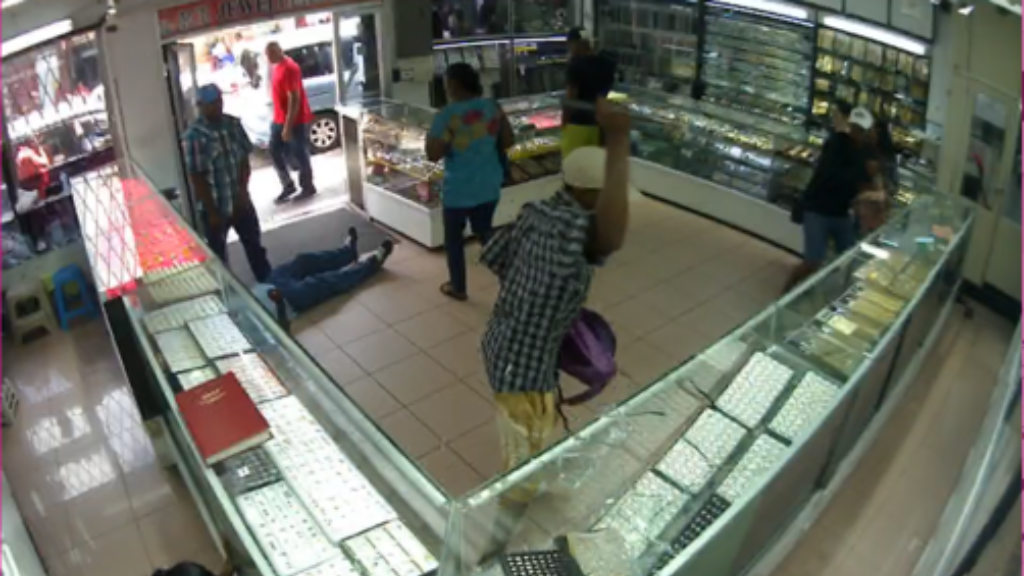 A 29-year-old man, believed to be one of the individuals who committed a daring daylight robbery of a jewellery store in San Fernando in March, has been arrested.

The suspect was held on Wednesday afternoon while walking along the Naparima/Mayaro Road, Cocoyea, in the vicinity of Amin’s Roti Shop.

Police were said to have been conducting an exercise in the area when they observed the suspect walking along the roadway.

The suspect was challenged, and he attempted to flee the scene on foot.

However, he was intercepted a short distance away.

The 29-year-old man was searched and he allegedly had in his possession a pistol loaded with six rounds of ammunition.

A team of officers from the Princes Town CID, led by Sgt Ramlogan, are overseeing inquiries.

The suspect is expected to be placed on identification parades this weekend.

On March 13, three men stormed into RT Jewellers located at Upper High Street at around 10:45 am that day, knocking the security guard to the floor, breaking into showcases and filling backpacks they brought with them with thousands of dollars’ worth of jewellery.

The shocking robbery was caught on video.

The men then escaped on foot through Carlton Centre and onto St James Street.

The store remained closed for the rest of the day.