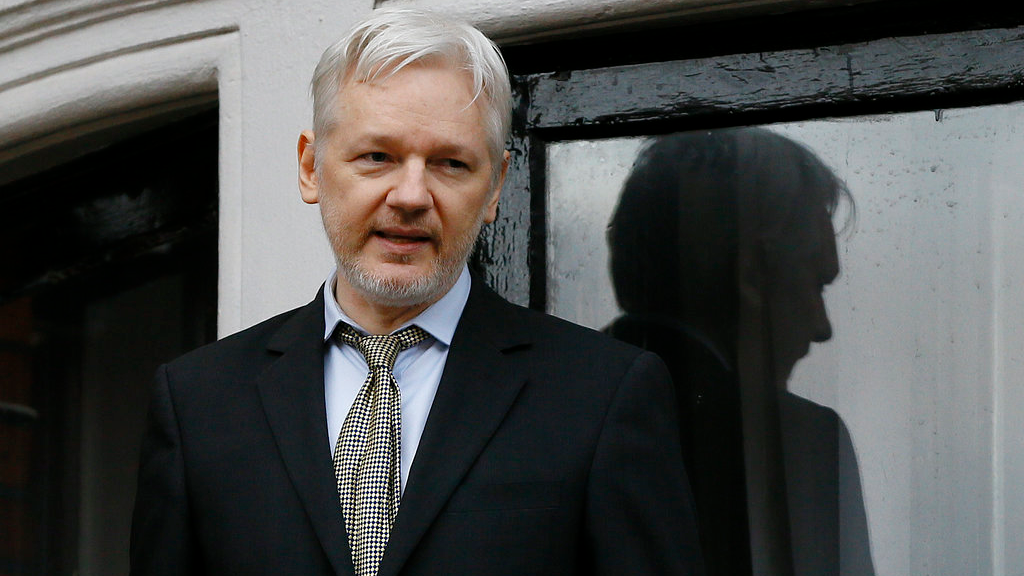 In this Feb. 5, 2016 file photo, WikiLeaks founder Julian Assange speaks from the balcony of the Ecuadorean Embassy in London. (AP Photo/Kirsty Wigglesworth, File)

Swedish prosecutors have dropped their investigation into a rape allegation against Julian Assange, almost seven years after it began and five years after the WikiLeaks founder sought refuge inside Ecuador's London embassy.

Assange's Swedish lawyer Per E. Samuelson declared Friday that "this is a total victory for Julian Assange. He is now free to leave the embassy when he wants."

But the picture is more complicated than that.

HAS ASSANGE BEEN EXONERATED?

No. The investigation began after two women accused Assange of sexual offenses during a 2010 visit to Stockholm. Sweden asked Britain to extradite Assange for questioning, and in June 2012 he sought refuge in Ecuador's London embassy to avoid arrest.

After that, the investigation stalled. Swedish prosecutors dropped cases of alleged sexual misconduct when the statute of limitations ran out in 2015, leaving only the rape allegation.

Marianne Ny, the Swedish director of public prosecutions announced Friday that she was dropping the rape case because there is no prospect of bringing Assange to Sweden "in the foreseeable future" and it is "no longer proportionate" to maintain the European arrest warrant.

She told a news conference in Stockholm that the investigation could be reopened if Assange returns to Sweden before the statute of limitations lapses in 2020.

Ny said the case was not being dropped because Assange has been found innocent.

"We don't make any statement of guilty or not," she said.

IS ASSANGE FREE TO LEAVE THE ECUADOREAN EMBASSY?

Sweden has revoked a European Arrest Warrant for Assange, so British police are no longer seeking him for extradition. But there is also a warrant issued by a British court after he skipped bail in June 2012.

London's Metropolitan Police force says that it "is obliged to execute that warrant should he leave the embassy." The maximum sentence for that offense is a year in prison.

Police indicated they will significantly scale back the resources dedicated to making sure Assange does not escape now that he is wanted for a much less serious crime.

ARE THERE OTHER CHARGES AGAINST ASSANGE?

That's unclear. Assange suspects there is a secret U.S. indictment against him for WikiLeaks' publication of leaked classified American documents, which has infuriated U.S. officials. CIA Director Mike Pompeo has branded WikiLeaks a "hostile intelligence service," and Attorney General Jeff Sessions said last month that Assange's arrest is a priority.

Both U.S. and British officials have declined to comment on whether there is a warrant for Assange's arrest.

Some legal experts say it makes his position less secure. Until Friday, Britain was bound to honor Sweden's extradition request before any warrant from the United States. That is no longer the case.

Lawyer David Allen Green, who has followed the case, tweeted: "Once outside embassy, Assange more at risk from any U.S. extradition attempt than if he had gone to Sweden."

Assange could fight any U.S. extradition request in the British courts, a process that could take years.