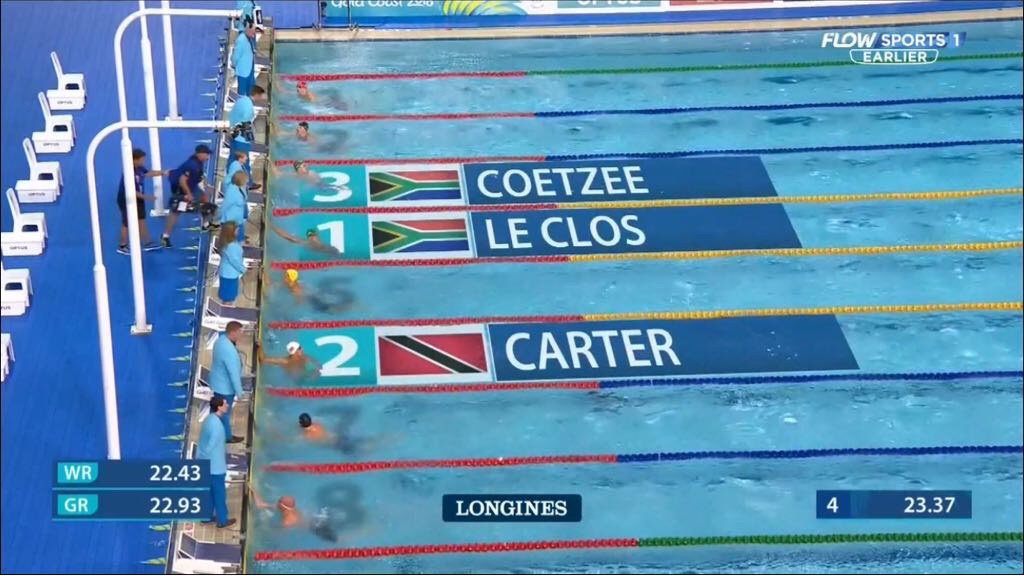 Trinidad and Tobago senior swimmer, Dylan Carter, has placed second in the Men's 50m butterfly at this year's Commonwealth Games.

This is Trinidad and Tobago's first ever swimming medal at the international multi-sport event.

Carter managed to break up South Africa's team which may have copped both first and second place had it not been for his upset.

The top three best times are as follows:

Team TTO started the action at the competition on April 5 with Joseph Fox in Artistic Gymnastics and Jenna Ross in the Women’s Triathlon.

Boxer Michael Alexander is set to face his first bout in the men’s 60kg category.

Team TTO will also compete at the Men’s Team Sprint in Cycling, Men’s Team in Table Tennis as well as Men’s and Women’s Singles Squash competition.