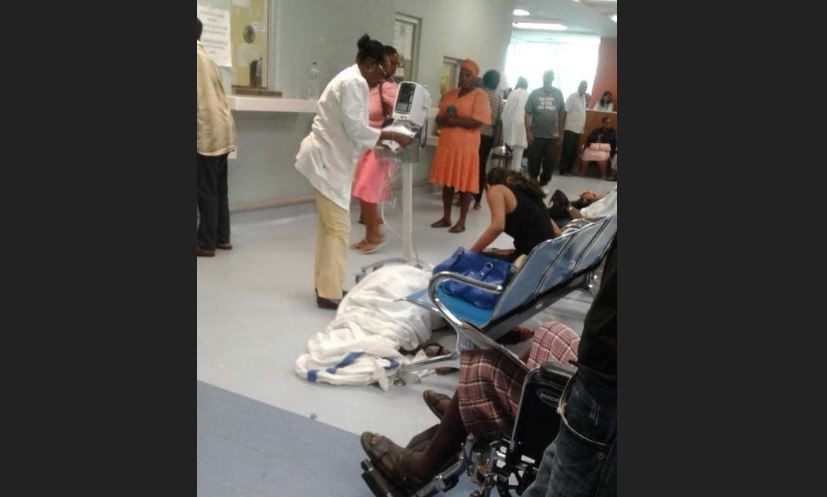 The South West Regional Health Authority (SWRHA) on Tuesday responded to a social media post which claimed that a woman had collapsed at the San Fernando Teaching Hospital and remained on the floor for a very long period due to a shortage of staff.

The post was shared to Facebook by the page ‘Kick out the PNM’ on Monday, accompanied by a photograph of what appeared to be a person lying on the ground.

It was liked close to 900 times and shared over 4000 times, with many expressing outrage.

“A woman collapsed today while waiting at clinic at the San Fernando Teaching, where she had to remain a very long while on the floor because it’s claimed that they are currently short staffed and had no ward attendants,” the post read.

However, the SWRHA has now issued a statement refuting these claims.

“The South West Regional Authority takes note of the post circulating on social media alleging that a patient collapsed and remained there due to staff shortages. The SWRHA wishes to categorically refute this statement,” the Authority said.

It further explained the details of what actually transpired.

“At approximately 8:10 am, the patient was at the Medical Registration Waiting Area to be sent to the Neurology Outpatient Clinic when she began to show signs of a seizure. Thoughtfully, her accompanying relative immediately placed her to sit on the floor and alerted the staff. Our team of dedicated medical professionals immediately went to her assistance where they promptly began to stabilise her,” it outlined.

The Authority added that once the patient was stabilised, she was taken to the Emergency Department where she received further treatment.

The SWRHA also sought to reassure the public of its commitment to the continued provision of compassionate quality healthcare to its patients.