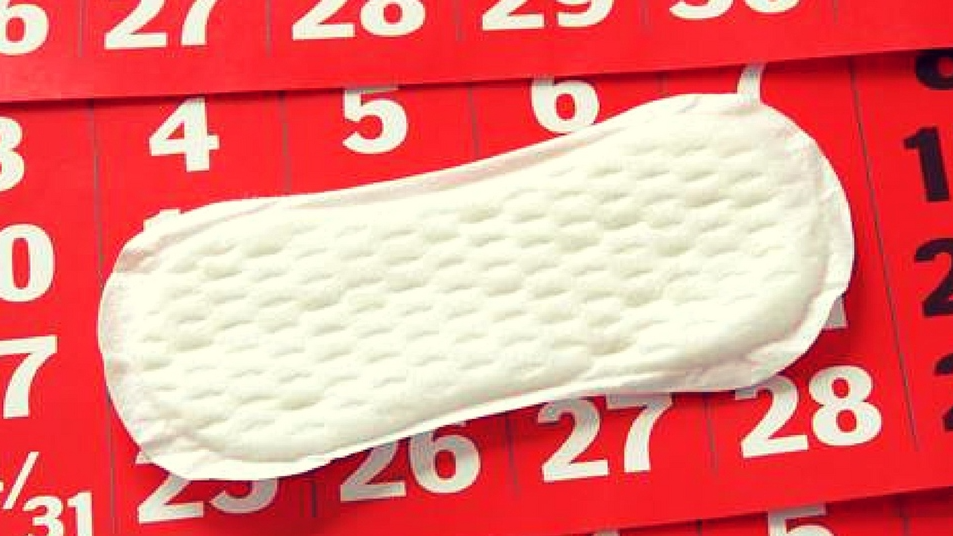 While promoting her book chronicling the way she reduced her fibroids through a change in her diet, Shelly-Ann Weeks stumbled upon an issue affecting many Jamaican women – period poverty.

Period poverty is a term that refers to the difficulties females face to pay for basic sanitary products on a monthly basis.

“In talking about female reproductive health a lot of women would come and tell their stories and one common thread was period poverty. Women would tell me that they would buy a towel for JA$150 dollars and cut it up to use as pads. One woman who worked as a nanny would steal diapers to use because her nanny pay can’t provide,” she said.

Weeks, a sex educator and columnist in Jamaica, said for many women a choice has to be made between feeding their families and buying sanitary supplies.

“If she has five children and $500 and she needs to buy dinner and the cheapest pad is $120 to $150 she is not buying pads, she has to feed her kids. We have women choosing between buying food and buying an essential item.”

Being exposed to the issue has prompted Weeks to embark on a new project called Free Her Flow which is geared toward removing the stigma around menstruation and encouraging conversations to educate girls and boys.

She established her period campaign in 2016, celebrating Period Awareness Day on October 24 under the theme #periodisnatural. In 2017, the initiative expanded to a week of activities from October 18 to 24 and included a short school tour, online campaign and product distribution courtesy Stay Free.

Weeks’ project recently received a boost for the 2018 campaign with a US$20,000 grant through the United States embassy. The campaign will initially take the form of a school tour and a free bank of pads and tampons for those in need.

Weeks said 20 schools will be visited between late May and early June.

“We are targeting young high school students between Grade 7 and 9, from 11 to 15 years old.  Some of them are just starting their period and we want to prepare them for a better start to puberty,” she said.

“It is important to go into rural parishes, especially ones without running water because hygiene is an important part of it and we will provide them with products,” she said, recalling one girl who told her she was able to use one pad for her entire period by putting tissue on top of it and changing the tissue every day.

Period poverty is a worldwide issue plaguing millions of women.

In Scotland, research done by a grassroots organisation Women for Independence showed that nearly one in five women has experienced period poverty.

Last year, reports out of Britain revealed that girls in Leeds routinely miss school because they are unable to afford menstrual products and wanted to avoid the embarrassment of bleeding on their uniforms.

The second phase of Weeks’ campaign is to research period poverty in the wider Caribbean to get a better idea of how women and girls are affected. She plans to replicate the Jamaica campaign across the region as well.

“This is a need, not some frivolous thing, this affects your life,” she said when asked the emotional and psychological effects period poverty has on females.

“Can you concentrate in school? What about that young girl trying to do an exam. We insist that boys are part of this conversation too because we end up with men who are not empathic. When the boys are there they are the ones that are curious,” she said.

Weeks noted that in the Caribbean there is still a stigma around periods. Pads are still wrapped in newsprint and bagged in a black bag separately and apart from other items that are purchased, girls are taught that periods make you ugly and the Bible (Leviticus 15:19-33)  refers to women as being unclean.

She said in Jamaica, popular curse words are all based on a woman’s period.

“These cultural norms, that is what makes it hard for women to talk about it,” she said, criticising ads that promote periods as a time of happiness and illustrate blood with blue liquid.

“We don’t know the difference between painful period and a normal period. Painless and pain-free is possible. We don’t talk to young girls about the psychological and emotional aspects of this. They have to understand the pain, why their bodies feel they are being taken over by an alien, they don’t know how to process that,” she said.

One in four teens 'has been sexted'