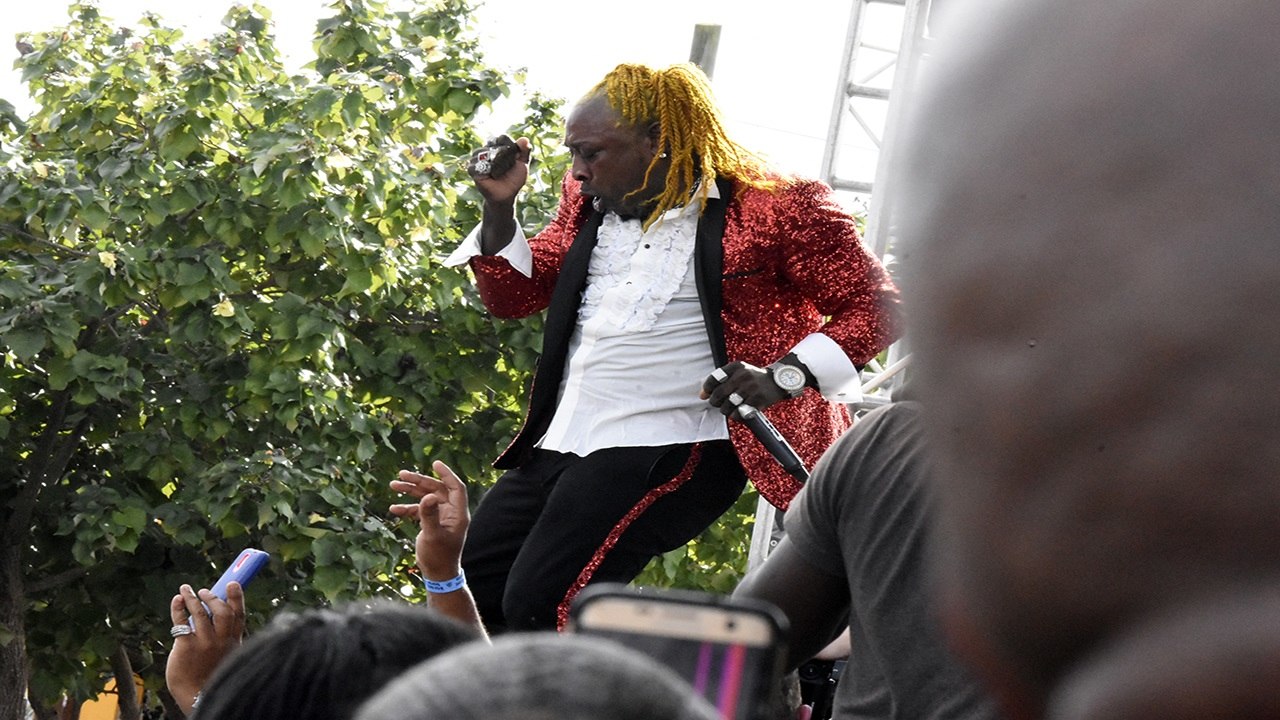 Elephant Man dances on stage during a performance at Rebel Salute in January 2018.

Jamaican dancehall artiste Elephant Man (O'Neil Bryan) is the subject of controversy after a video purportedly showing the entertainer being given a gun is being challenged by a second video.

A different permutation of the video which appeared to show a woman handing dancehall entertainer Elephant Man a gun, sparking a police investigation, has surfaced online. This time, the scantily-clad woman is seen handing a gun to a man who is not Elephant Man.

The development has raised a raft of new questions as to which video is authentic.

Christopher Townsend, the attorney for entertainer O'Neil 'Elephant Man' Bryan, had already questioned the authenticity of a video that apparently shows his client handling what appears to be a gun.

"Things that appear in social media are not necessarily as they appear. It could be photoshopped, spliced and all kinds of things can happen. Now we don't know which video was doctored. I had my own expert examine the Elephant Man video and there were two heads in that one," Townsend added.

Over the weekend, the police had launched a probe after the video began making the rounds on social media. The eight-second clip shows a scantily-clad woman cavorting playfully with an object, resembling a firearm, before handing it to the entertainer.

On Thursday at 2:00 pm, Elephant Man took part in a question-and-answer segment with police investigators.

Elephant Man to face cops on Thursday re gun probe

No investigation into popular entertainer seen in viral video - FLA