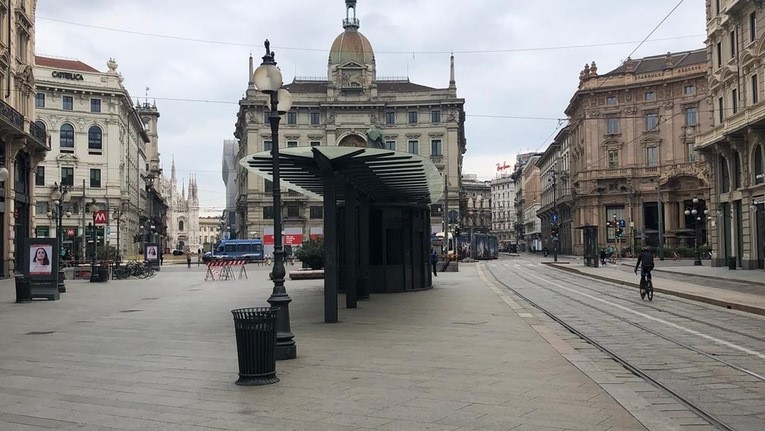 The deserted streets of Milan, Italy. One Trnidadian in Milan is urging people to take COVID-19 seriously.

Chef Cristian Grini is appealing to Trinbagonians to take the COVID-19 virus seriously.

Cristian, who owns the popular Buzo Osteria Italiana restaurant and co-owns Blue Star Diner, is currently in Italy where he flew for a week to visit his mother.

He is still there, stuck because his region of Le Marche was declared a red zone as it has the second-highest number of COVID-19 deaths in the country.

Speaking to Loop, Cristian said he took the frenzy around the virus lightly until he landed in Italy. The situation there is bad, he said, though the number of infections seems to be decreasing.

Cristian, who is Italian by birth, said his town of Urbino, a university town, is deserted and patrolled by police and army officers.

Stuck in his apartment for the last three weeks where he says he has only been cooking and eating, Cristian said they can only go to the supermarkets where only five people at a time are allowed in, and the pharmacy.

The supermarkets, he says, are stocked, except for yeast since everyone is at home cooking and baking bread.

“The whole world is on its knees, the whole world has just stopped. When you live in a situation like here and you see people all around you die and it is just not old people, congregating is a no-no,” he said.

“Wear your masks, wear your gloves, sanitiser is your best friend, wash your hands, make groceries to last a few days and stay in your house,” he advised. 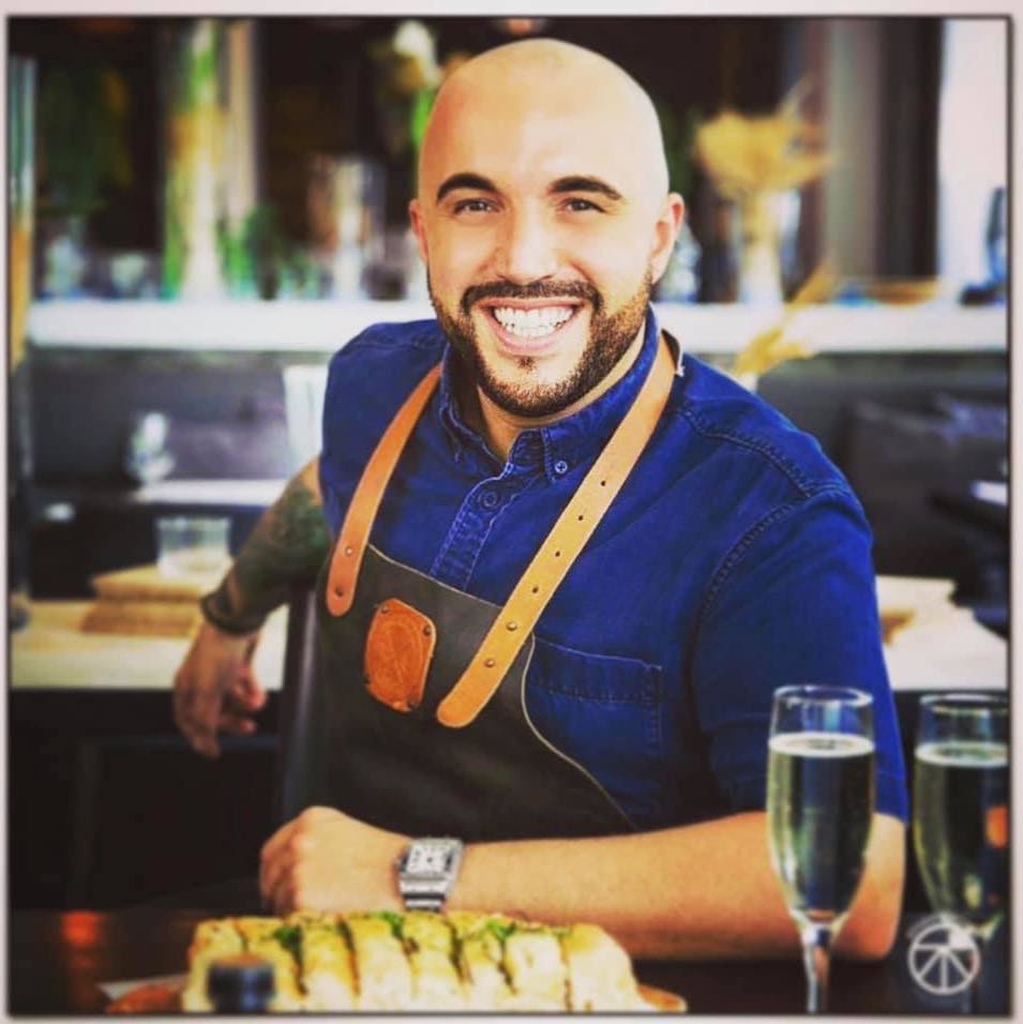 It’s been more than 10 days since Abbi Clement went outside.

In Milan, where she lives, all non-essential activities have practically ground to a halt with police placed at different points such as the train stations and highway exits and near squares.

People are allowed to go outside, she said, but they need to have your auto declaration for which states in writing one of the four reasons on the form that you have left the house.

“The change a few days ago, in regards to becoming more stringent, was to no longer state that people were allowed to go running/exercising. Now you should only leave home for an actual reason which must either be work, if you work in an essential service, family emergency or to take a case or a family member like a grandparent, or for necessities, groceries or returning to your area of residence, or to see the doctor,” she said.

Milan is one of the regions in Lombardy, the epicenter of Italy’s battle with COVID-19 with over 6000 deaths to date.

A Trinidadian who moved to Italy from London about two years ago, Abbi said it took a while for Italians to take the virus seriously.

“I was making plans to go to Trinidad and I was telling people at work about it and one guy was like haha you are being paranoid. I told my boyfriend to buy me the recommended masks because I thought they would sell out. Right around that time we had the first case in Rome of this Chinese couple that passed through Milan and was found to be positive. I went to Trinidad and then a week before I was supposed to return I saw a story that three towns not far from Lombardy were quarantined. Still, people treated the calls for social distancing as a precaution but no one was taking it seriously,” she said.

By the time she got back to London, flights to Northern Italy were being cancelled. Luckily, Abbi got on a flight after reaching out to British Airways via Twitter. 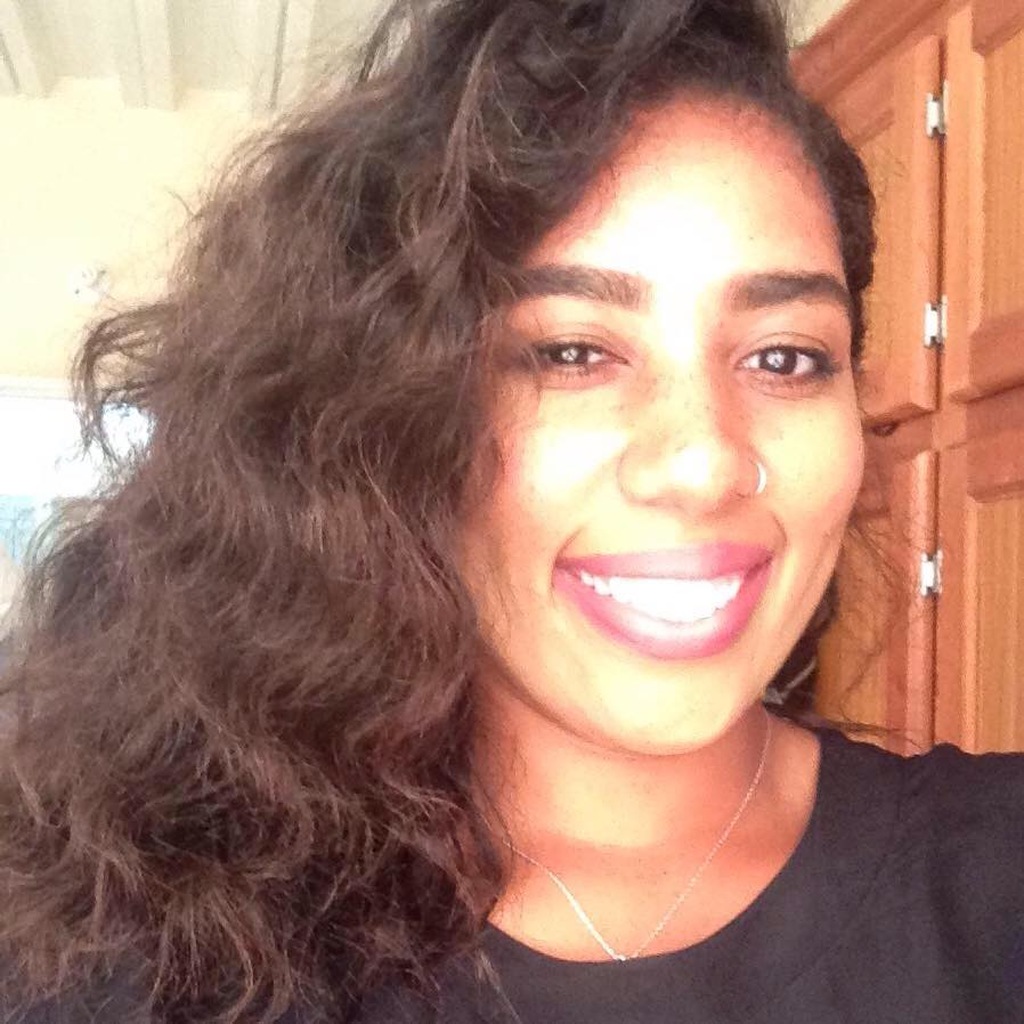 Within days the situation changed rapidly as authorities took decisive action to stop all activity as numbers of confirmed cases of the virus spiked.

“The atmosphere is so depressed. Italians are social people, they love to hug. Over time you couldn’t travel to other regions and all non-essential services were closed. It was hard the first week. It was a shock to your system and you are in a super stressed state. There is a lot of fear. In western society, in general, you have this sense of certainty and you are fairly sure of what you doing next. If they pass a law, it takes time so you have this security knowing what you can do tomorrow, now it is they just have a press conference and the laws have changed,” she said.

Abbi said she does not feel any burning desire to go out anymore.

Stating that she is grateful she lives alone so she could control what comes in, Abbi said she has been taking extra precautions to keep her space sanitised.

“My shoes don’t come inside, I order stuff online from Amazon next day delivery, I wipe down packages, wash my hands after. The outside coat is by the door, I don’t wear the same clothes I wear to go out inside,” she said.

Abbi started feeling ill a week ago and even though she feels better now, she does not know if she contracted COVID-19.

She said with the health system overwhelmed, she is unsure of her options.

“There is a hotline to call and they are asking people not to overwhelm the resources. If you say that you were in contact with a confirmed case they will come to get tested. If you are in a high-risk area they will say call your family doctor let them prescribe medication first and if that doesn’t work then call back again. I called my doctor and he told me to do what I already was doing which is taking Paracetamol.

She said she is afraid to go to the hospital because if she does not have the virus she will surely get it there.

Asked what her message to T&T is at this time, Abbi said anyone who isn’t taking the virus seriously is insane.

She said: “They should take it very seriously, look at the economics of it. What possible thing in our entire lifetime that would cause entire nations to basically cripple their economies. There has never been anything like this. No one would imagine, because it is insane to shut down Lombardy the economic centre of Italy. Now that it is outside of China, there are more and more videos and interviews are coming out from people going through it or survived it. There is so much information there. I don’t understand how anyone could justify not taking it seriously.”

Locked down: Diary of a Trini stuck in Ecuador amid COVID-19