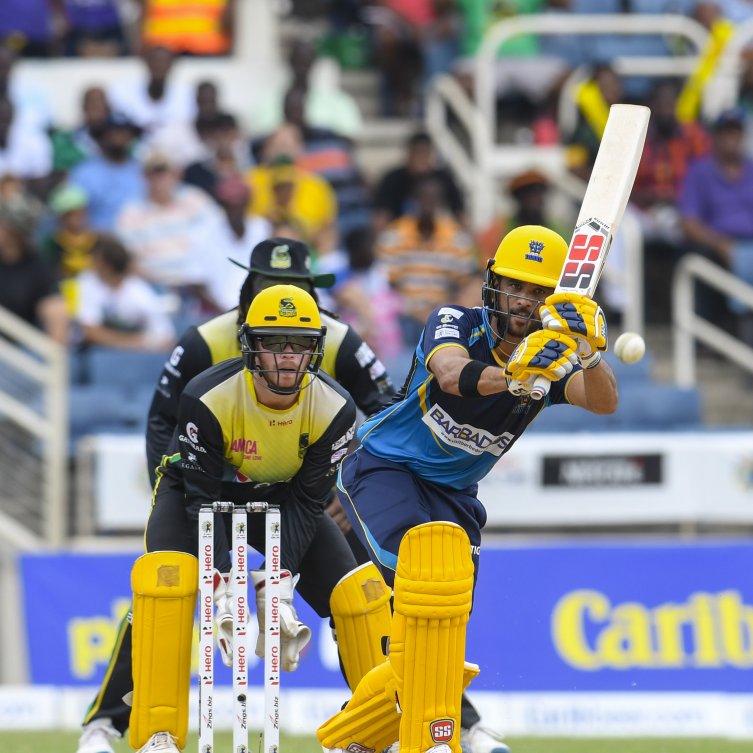 Jamaica Tallawahs recorded their first 2019 Hero Caribbean Premier League (CPL) victory at the fifth attempt after restricting Barbados Tridents to 140/9 and surviving a mid-innings wobble to get home with four wickets in hand thanks to Chadwick Walton’s unbeaten 51.

In conditions very different to those that saw almost 500 runs in the record breaker last time out at Sabina Park, a pitch offering turn and, most importantly, bounce kept batsmen honest and spinners interested throughout.


Tridents openers Alex Hales and Johnson Charles both fell in identical fashion, failing to get over the extra bounce George Worker was able to extract and slicing catches to point.

And bounce continued to trouble the Tridents. Leniko Boucher had looked decent for 15 before chipping a return catch to Ramaal Lewis, while Jason Holder got a beauty first up from Zahir Khan that found the shoulder of the bat to give Gayle a straightforward catch at slip.

JP Duminy was trying to hold things together but when Jonathan Carter holed out to long-off to hand Lewis a second wicket, the Tridents were 70/5 and running out of time and men.

Enter Ashley Nurse, who shifted the momentum in fine style. He plundered 14 in three balls from Christopher Lamont and two more Hero Maximums off Zahir Khan – accounting for over half of the total runs he conceded in his four overs and made 37 from 17 balls in a 49-run partnership with Duminy.

They fell in successive deliveries, though, to plunge the Tridents right back into trouble. Duminy slapped Derval Green straight to Lewis at deep cover before Nurse was completely deceived by a slower ball to give former England international Jade Dernbach his first Hero CPL wicket, Gayle holding on to the skied chance.

Zahir Khan struck twice in his final over with two more googlies, the first trapping Hayden Walsh Jr. plumb lbw and the second even better to beat the edge of the overbalancing Roshon Primus before Phillips whipped the bails off for a smart stumping.

That left Sandeep Lamichhane and Josh Lalor to scramble the final total up to something approaching respectability in the final 12 balls.

Gayle and Phillips got the Tallawahs chase off to a quick start, both men finding and clearing the boundary on a regular basis to put 48 on the board in the first five overs. Both fell to Tridents skipper Holder, though, caught in the deep looking to exploit the final over of Power Play fielding restrictions.

Walsh Jr. then removed Worker and Dwayne Smith lbw in successive balls to give Tridents real hope at 68/4 with 73 still needed.

That hope was fleeting. Javelle Glen hit Lamichhane for two Hero Maximums in the next over, Walton added another in the next and the momentum was firmly back with the Tallawahs.

They added 45 together in just four overs before Glen holed out to Hales to give Lamichhane something to show for a difficult day.

Lewis fell cheaply but the Tallawahs were always in control of things while Walton was at the crease. He finished the match with a six to reach his half-century, which got the Tallawahs home with nine balls to spare and their season up and running at last.