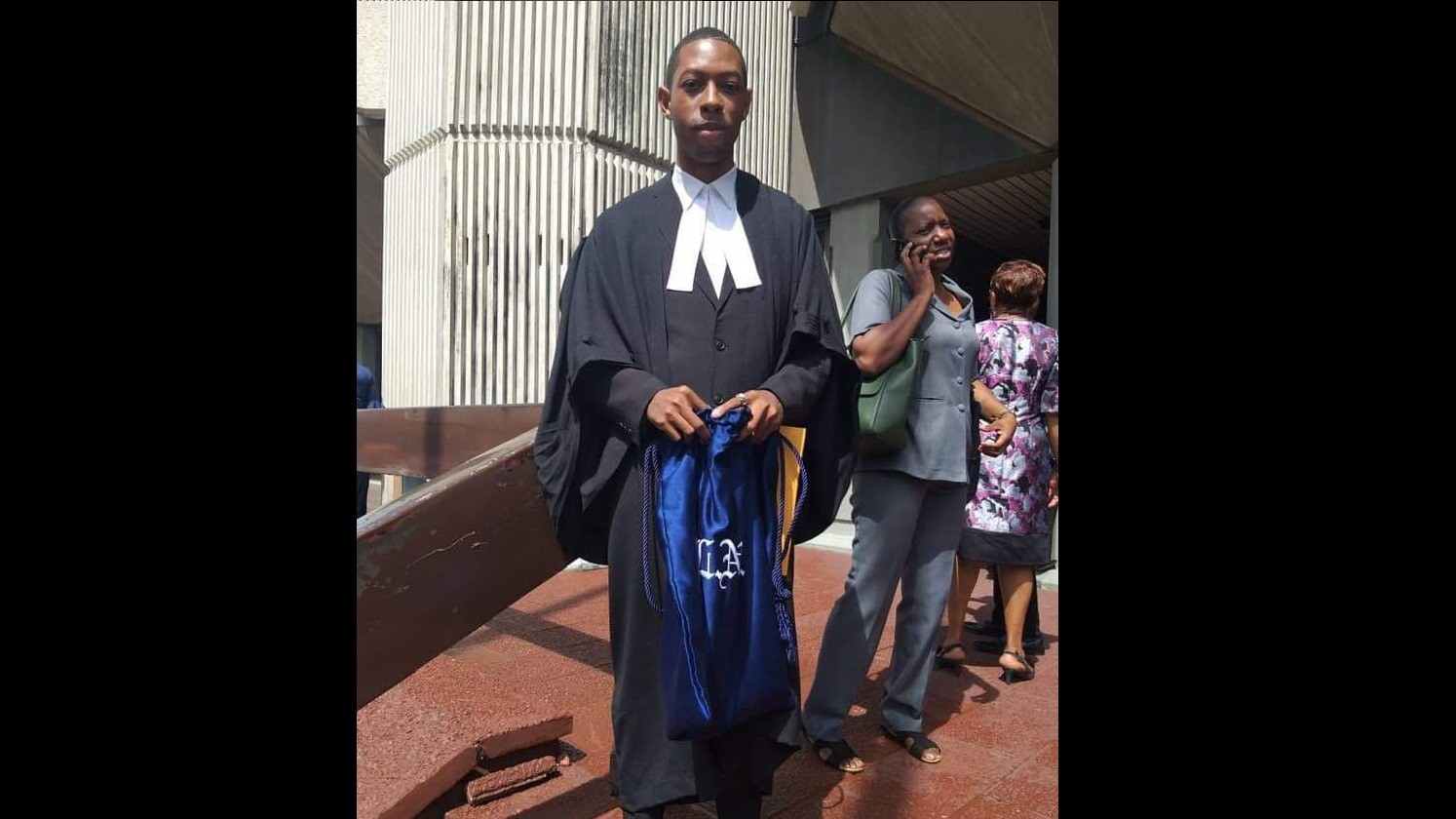 However, Lorenzo D'breau has achieved a lot in his life: from a primary school teacher to a police officer and now, he adds to that list, an attorney at law.

D'breau, who has been described by those close to him as an ambitious young officer, was called to the bar in November of this year.

It's something he said has always been a childhood dream. However, he noted that nothing worth having comes easy.
D'breau said he encountered every possible challenge but never gave up on his dream.

In an interview with Loop News, he explained that his journey was a challenging one, as studying in England was expensive. He also noted that time management was key, as he was working for most of the time.

The young man added that he also struggled with adjusting to the weather.

However, the ambitious young man did not stop there: he went on to the Manchester Metropolitan University in England where he obtained a post-graduate diploma in Legal Practice.

And, on his return to Trinidad and Tobago, he completed a master’s degree in Business Administration at Sital College.

He also worked as a primary school teacher in Tobago for five years before moving on to the Trinidad and Tobago Police Service (TTPS) in 2014.

D'breau is currently stationed at the Scarborough Police Station.

The young officer added his dream of becoming an attorney was never about the money but helping as much people as he could. "It was always a childhood dream. We often hear negative things about lawyers in the media. It's not about the money, it's about helping people. I always say, whatever reward comes with it, I will be satisfied," he said.

D'breau also urged the youths of Trinidad and Tobago to stay focused and to not be distracted.

"Also do not want too much, too fast!" he added.