Tears in Senate; Faris reflects on Senator who used weed for cancer 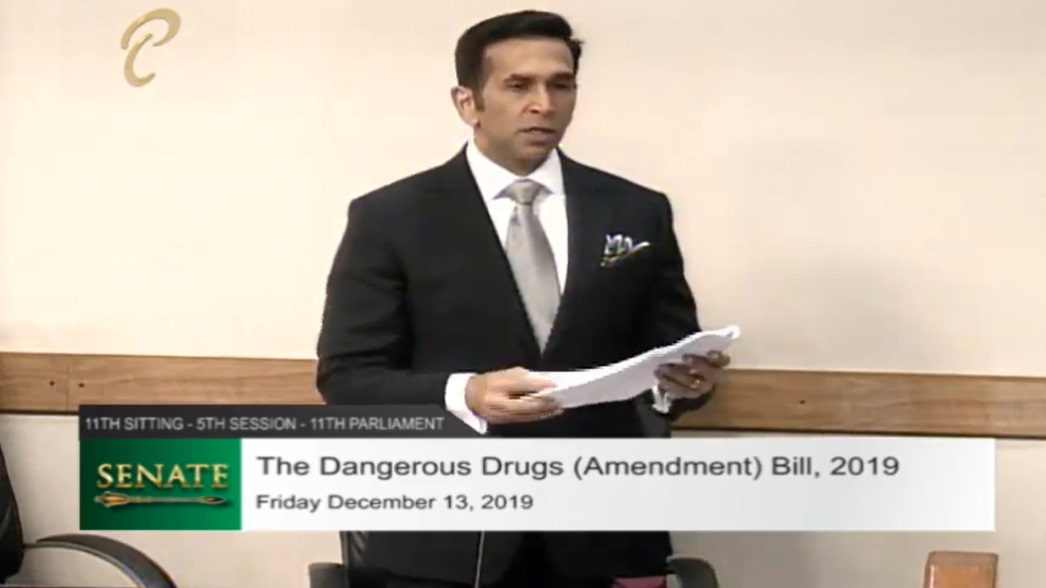 In an emotional moment in the Senate, Attorney General, Faris Al Rawi reflected on a deceased friend and colleague in his presentation of the amendments to the Dangerous Drugs Act.

Al Rawi told the story of former Independent Senator, Corinne Baptiste-McKnight who died from cancer in 2014. “Frail in body, but fighting in spirit, she confessed, ‘Faris you might need to leave the room boy, I need to smoke a lil ting.’ In her affliction and for her pain management, she actually had cannabis prescribed for her,” he relayed.

His voice breaking during the story, Al Rawi also told the Senate of a vow he made to his friend. “I gave her a solemn pledge that I would look at this issue if I ever had the chance to drive law,” he said.

The AG says it is in understanding his friend’s plight and the experience of many others, that he knows the importance of the decriminalisation of marijuana.

He dedicated his presentation to the deceased independent senator.

Deyalsingh: New drugs to be added to Dangerous Drugs