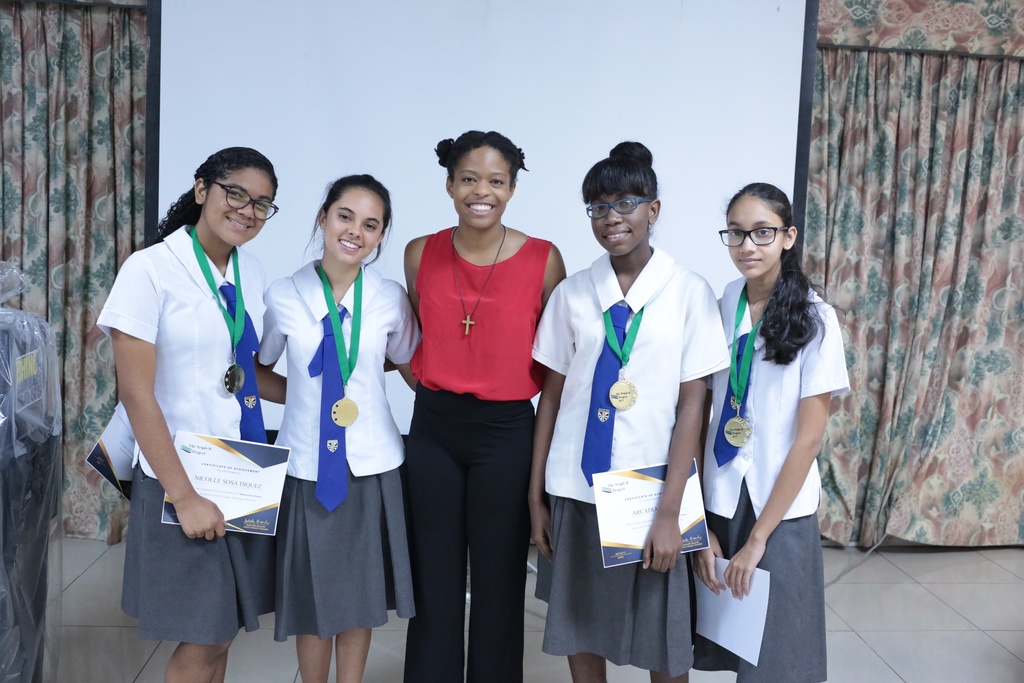 A Trinidadian teen is inspiring her peers to preserve the environment through a competition aimed at reducing consumption of harmful environmental products and encouraging recycling.

The project was funded by a cash award from the GoMakeADifference Fund which the then 18-year-old applied for and won a US$1000 cash award.

The fund is administered by United World College X Initiative (UWCx). The initiative comes out of the UWC Movement which includes 17 international schools globally including UWC Robert Bosch College, Germany, where Gabrielle attended under scholarship for her International Baccalaureate (equivalent to 6th form).

The objective of the GoMakeADifference award is to encourage the commitment of the UWC Community to service, innovation and outreach beyond the school sphere. 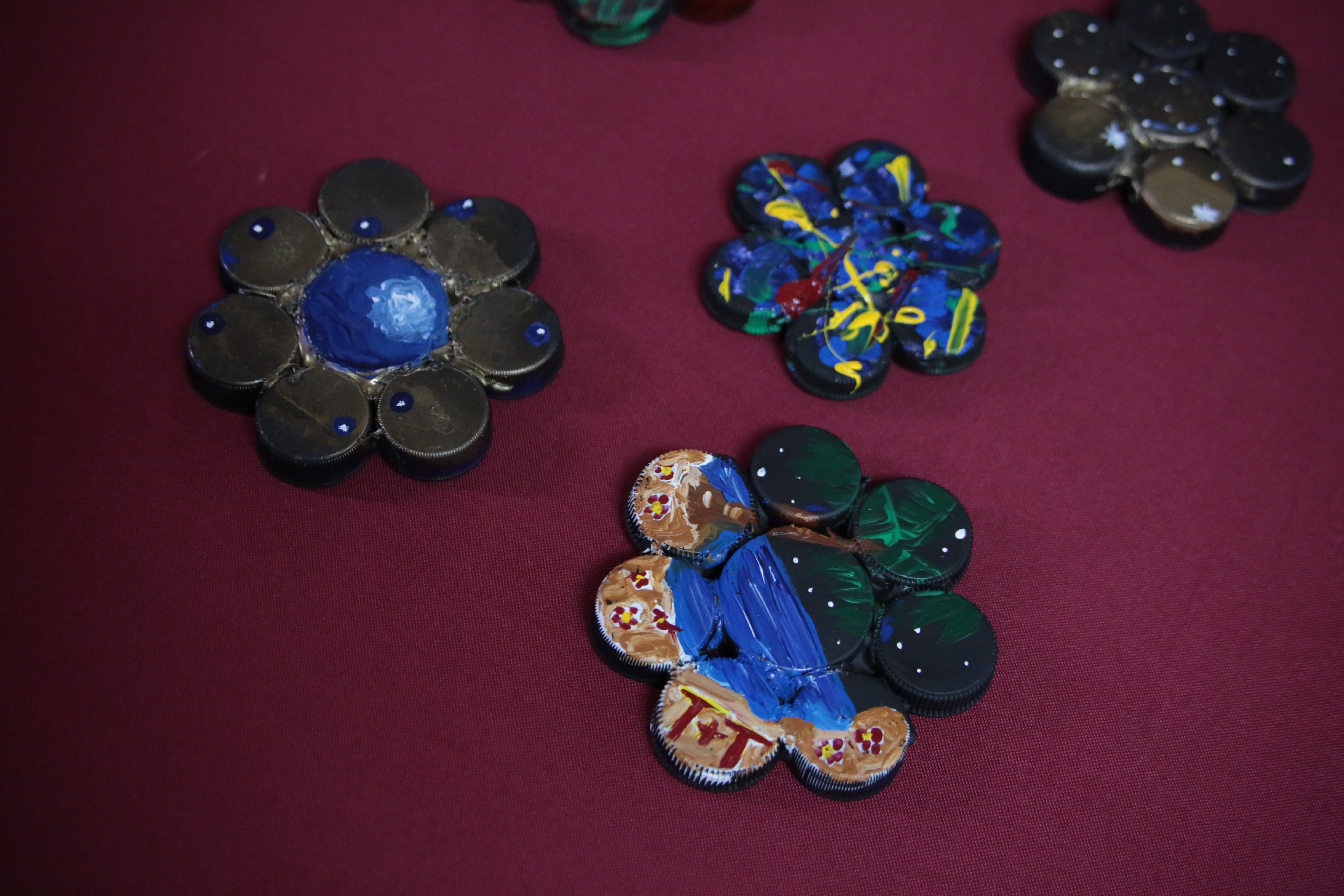 Through partnerships and sponsorship, Branche was able to stretch and multiply the US$1000 to an in-kind value of over TT$50,000 as companies and individuals heartily responded to provide gaming software, recycling bags and bins, cash prizes, ferry tickets, pizza, movie tickets and labour.

"I knew I wanted to give the top school a cash prize of $5000 so I had to reach out to the corporate community to partner with me in order to make the project a success. I did most of the set up from Germany by email and Skype and when I came home for the August vacation, I visited the companies and schools and had one on one meetings. I reached out to them bold and blind. With the exception of United Way Trinidad and Tobago, I didn't know any of them personally before, but they all were moved by the project and came on board." she told the gathering at the awards ceremony.

"For example, Sean Austin from Carib Glass was extremely supportive and even agreed to be one of the judges and Rosanna Farmer of Plastikeep arranged for the waste to be collected from the schools."

Branche co-opted a panel of local and international judges, including award-winning environmentalist from Germany, Kristin Kaschner.

At the individual level, students were encouraged to undertake activities to reduce their daily level of consumption. Challenges ranged from simply turning off lights, to changing to cloth groceries bags, to advocating for the environment,

In order to curate and collate the response while making the effort fun, Gabi bravely approached the Singaporean gaming company, Gametize for a reduced rate for their platform - the Company immediately agreed to offer their product free of charge for the duration of the project allowing individual students to enter their activities online. In addition, Gabi approached local multi-cinemas MovieTowne for ticket vouchers, which they kindly provided. The winning student at the Individual level, Joelle Greene of St. Joseph's Convent also received a certificate and a medal.

At the school level, a glass trophy and cash prize of TT$5,000 were given for the school with the largest recycling tally. St, Joseph Convent, Port-of-Spain, ran away with the prize having collect 105 jumbo sized plastic bags of crushed plastic bottles, over a two-month period. Apparently, the students were so excited that they extended the collection to plastics from parties and homes. Bags were donated by Rotoplastic and collection arranged by Plastikeep.

At the class level, students had to reuse items and build an item or items of value. Holy Name Convent copped the first prize of tickets to Tobago, Pizza courtesy Chuck E. Cheese's and a cash prize courtesy Imagine Media International Limited. 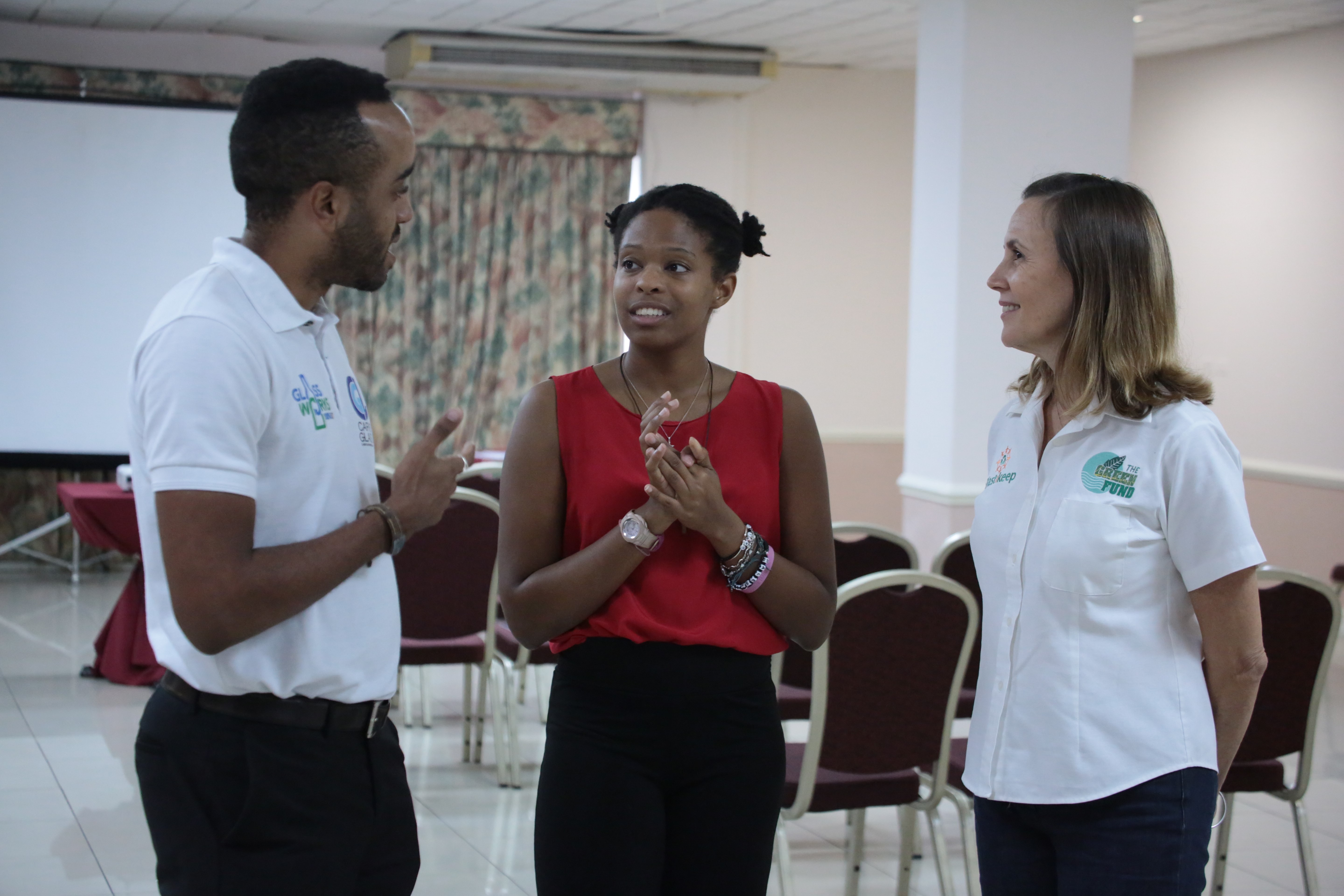 The girls built a table from used crates, with a glass top covering a picture of the world made out of bottle cap covers. Students from Mucurapo West Secondary, under the guidance of their teacher Maurisa Gibson-Bailey designed and built chairs made of recycled car tyres and fabric with the intention of converting their classroom to a more dynamic and interactive space. The school received a special cash prize to assist them in completing the project which the judges lauded as a truly commendable effort.

The students of St. Joseph's Convent made coasters by glueing cap covers together and painting them with various patterns. According to the students, these items could be used as tourism products.

"I am touched by the responses of the three finalists and the work that went into creating these products and completing the tasks. If I can do my part to change the mindsets of everyone towards the environment and encourage others to continue in this vein, I would have made a difference," said Branche.

She was elated to learn that indeed the students of Holy Name Convent were inspired to take the project further and have launched 868 Save the Earth an environmental group that will introduce recycling bins to the Queens Park Savannah among other initiatives. The students have also already met with the Minister of Agriculture to further their cause and are now part of the iCare Project.

Cascadia Hotel donated the venue and refreshments for the awards ceremony attended by the finalists, judges and sponsors. All participating students received certificates of either excellence or participation and schools received branded recycling bins sponsored by Rotoplastic.

When asked about the challenges of mounting this project in Trinidad and Tobago, while studying overseas, Branche immediately indicated the lack of, or slow response by some agencies, especially to emails.

"I had to find a way to move past the inaction by some agencies because I knew this project would impact the lives of those who participated and maybe start a wave toward environmental awareness and nothing was going to stop me from achieving that," she said.

Branche who is now 19 years old, obtained 10 distinctions at the CXC level and is now on full scholarship at New York University, Abu Dhabi.