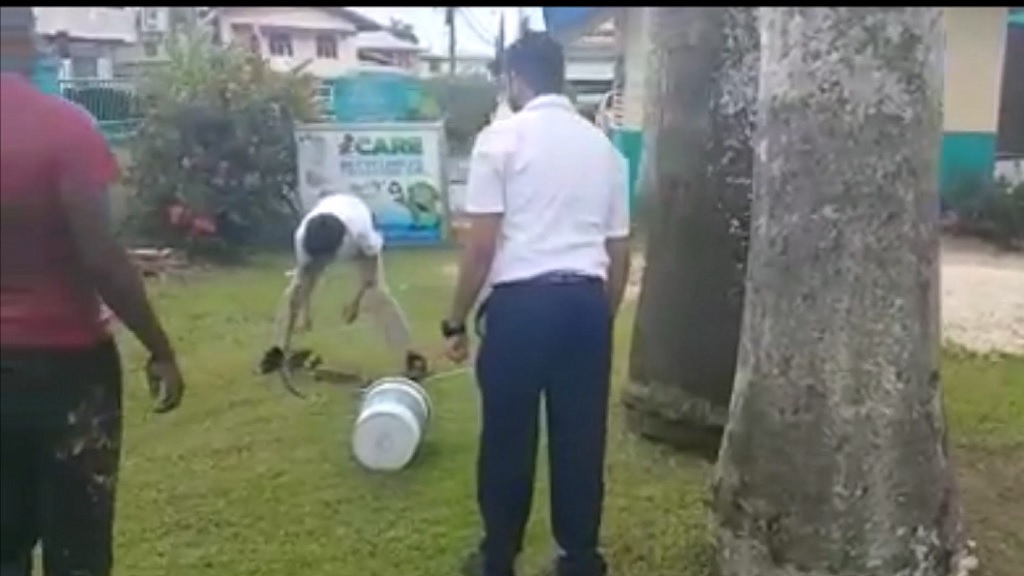 Conservationist Ricardo Meade has come out in defence of a viral video showing a student securing a snake which wandered onto a school compound in Chaguanas.

In a public Facebook post, Meade, who is the director and founder of the El Socorro Centre for Wildlife Conservation, said the teenager took several training courses with his organisation and is familiar with handling snakes.

Meade said he was proud of the efficient way the situation was handled.

"The video which is now blowing up the internet of a student of Presentation College Chaguanas capturing and restraining a wayward boa constrictor was sent to me before it hit the internet."

"I, just like his parents, am tremendously proud of this young man. This young man has always had a passion for wildlife with a special love for reptiles, amphibians and fishes. Passion and determination has driven him forward."

Meade said the teenager had been to the organisation's Wildlife Warriors Conservation Camp for two consecutive years and also took part in their Oiled Wildlife Training for Volunteers.

"He has a great love for science and the natural world and a super drive hardly seen by young people today. I expect wonderful things from this young man in the future. He has already proven himself to be a professional snake wrangler," Meade said.

Director of the Wildlife and Environmental Protection of Trinidad and Tobago (WEPTT), Kristopher Rattansingh, also commended the boy for his actions but cautioned novices from trying to do it themselves.

"This young man was very brave to secure the animal especially in an urban area but persons are strongly advised to exercise caution in matters like this. While he may have been capable, I would like to warn others from "trying a thing" because the animal can end up getting hurt, or hurt you while trying to defend itself," he said.

Rattansingh said the boy did explain to classmates that handling wild animals without training is dangerous.

"WEPTT has been in contact with the young man's family for some time now and have reached to them. We understand that he has explained to his schoolmates that the animal can be aggressive and dangerous, and what he did shouldn't be attempted.We know him to care about local wildlife and believe he was acting in the animal's best interests," he said.