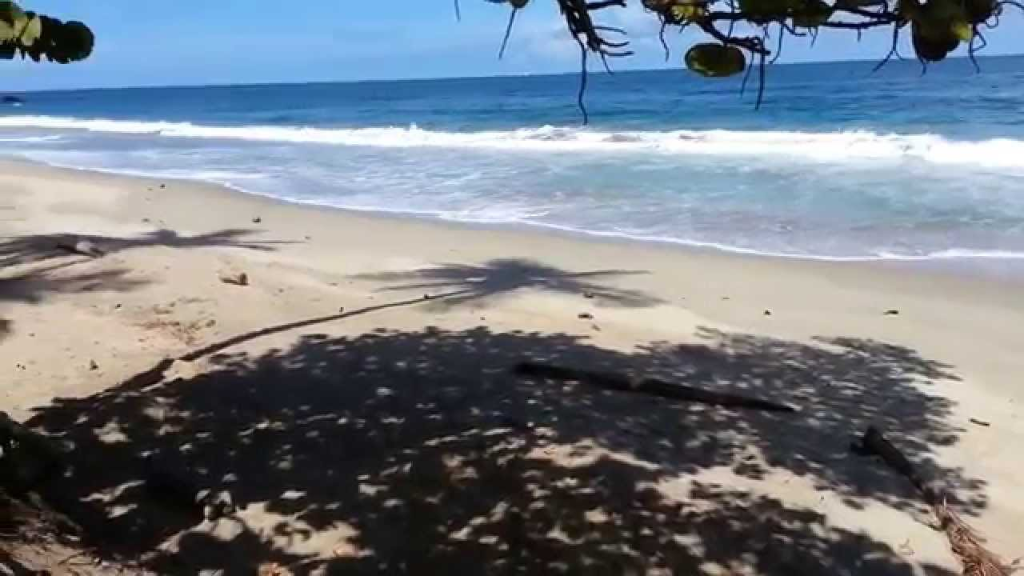 Just a few days after completing a basic lifesaving course with the North Central Regional Health Authority (NCRHA), 17-year-old Soriah Estrada became a local hero in Blanchisseuse after she saved a drowning man on Marianne Beach, not far from her home.

According to a statement from the NCRHA, Soriah and two friends went to the beach to relax on July 18, 2018, when she observed a man struggling in the water.

When the man disappeared underwater, she and her friends sprang into action. The teens borrowed a bodyboard from some people on the beach and they went into the water to help the swimmer.

She said when they reached the man, he was already unconscious and they dragged him out of the water on the bodyboard. Soriah remembered what she learnt during the life-saving course and immediately started pumping the man’s chest.

“Initially we weren’t getting a pulse but we still did what we were taught in the class, and after a few pumps on his chest, water sprayed out of his nose and mouth,” said the teenager.

“We didn’t stop and with the help from my friends we did CPR and he started to breathe and cough as more water came out of his mouth.”

After he started breathing on his own, the rescuers placed the man on his side so the remaining water in his air passages came out.

She said someone on the beach called the ambulance team at the nearby Blanchisseuse Health Centre which arrived a few minutes later and took over providing care for the man.

The medical team continued the life support treatment for the patient who was stabilized and immediately transported to the Port of Spain General Hospital for further care.

“We are happy and proud of Soriah,” said Petra Lequay, Secretary of the Blanchisseuse Community Council.

“Our community is so far away from the hospitals that we felt this life-saving training from the NCRHA was important for empowering our community,” she added. 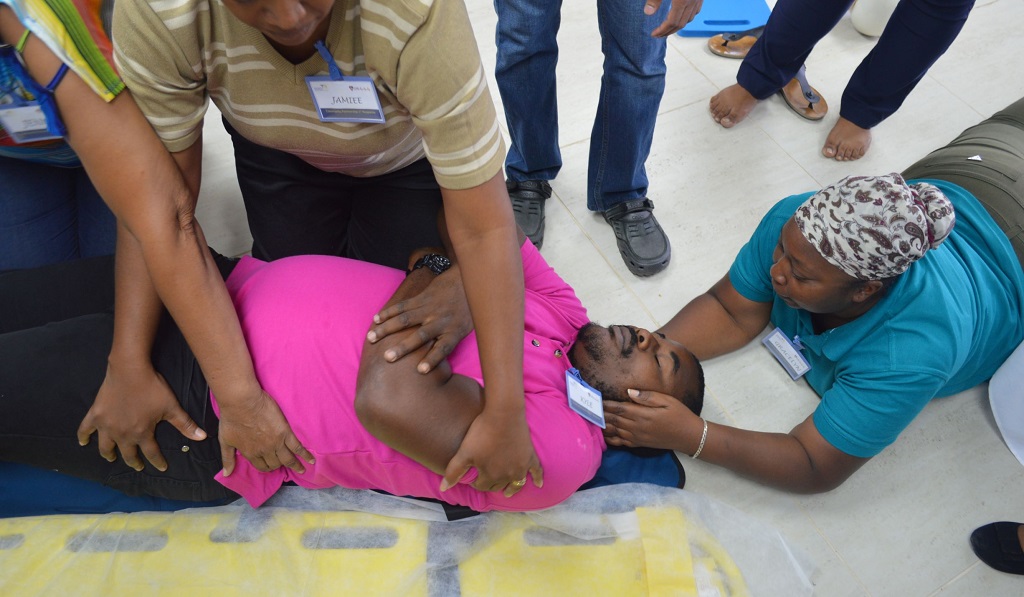 “It has not only given us so much more control over the well-being of our citizens, but it has also empowered us to help other people who visit our lovely beaches every day as well," she said.

Lequay said the incident occurred on Marianne Beach, which is popular with visitors because the water is not as rough as other north coast beaches, and the setting is very beautiful. She said many swimmers are not aware that there can be some powerful riptides just a few metres offshore, and they panic when they lose their footing or experience difficulty in the water.

As a result, the beach has been the scene of several drownings over the years.

Lequay was appreciative of the NCRHA for training the residents as the new knowledge and skill provided a measure of confidence for the villagers.

She said the Council had already prepared a list of residents for the next training session and will include fisherfolk as well as work gangs from the Local Corporation and CEPEP, who are always around and working in the community.

NCRHA’s Chief Executive Officer, Davlin Thomas said the news of young Soriah Estrada taking responsibility and stepping forward to make a difference for her fellow citizens was heartwarming. He said this is a step in the right direction for citizens taking ownership of the healthcare system.

NCRHA Chairman, Steve De Las, praised the authority’s training department as well as the doctors and nurses from the emergency departments of the EWMSC and Arima Health Facility lead by Dr Ravi Lalla, for coordinating the training program.

He said the new knowledge has empowered Soriah and other members of the community to act and this has strengthened the delivery of healthcare to residents.

Health Minister Terrence Deyalsingh said her achievement “is a tangible outcome of the investment we are have been making to improve the quality of healthcare delivered to everyone in Trinidad and Tobago – including residents in our rural communities.”

He said the ministry has fully supported the NCRHA’s thrust to expand its training programs and is encouraging stronger involvement by communities in providing informed first responses – particularly in cases of emergencies.

On July 8, Soriah Estrada was a participant in the first cohort of 45 residents from the north coast villages of Blanchisseuse & La Fillette, to benefit from a pilot program to train residents in rural areas to become first responders in the event of medical emergencies or natural disasters in their communities.

The residents were taught Cardiopulmonary Resuscitation (CPR), Basic Life Support (BLS) and other first responders’ skills and techniques by doctors, nurses and trainers from the North Central Regional Health Authority (NCRHA). The program is part of the Authority’s plan to expand the community’s capacity to respond to emergencies and natural disasters.

Thomas said the training has empowered communities to quickly and effectively respond to health-related incidents, and it will expand the country’s inherent capacity to treat with medical emergencies on a national level.

He said these kinds of projects improve the resilience of our communities by expanding medical knowledge, and by supporting the capacity of the health care system to protect citizens during and immediately after a disaster.

The program was the first in a series of training exercises to empower individuals and communities across the country to aid their own, and to do their part to save lives.

Some of the topics covered in the program were neck stabilization, airway opening manoeuvers, slings/splints & pressure bandages, transporting the badly wounded and treating drowning victims.

Two gunned down during Tunapuna lime