Teens held with guns in car 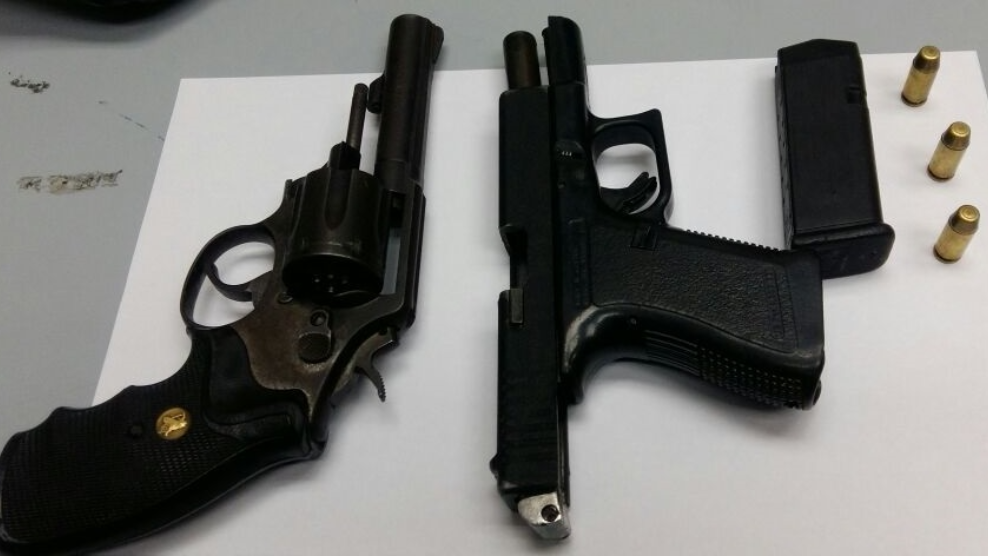 Five teenagers were arrested during a police exercise in Arima on Sunday, after officers found a pistol, a revolver and a quantity of ammunition in the car they were travelling in.

Officers of the Northern Division Task Force, Area East, were on mobile patrol around 10:40 am on Sunday when they observed a black Nissan Almera, with five occupants proceeding along Guerra Road, Calvary Hill, Arima.

The officers stopped the vehicle a short distance away and carried out a search, which resulted in the discovery of one black and silver coloured Glock pistol, loaded with a magazine containing three rounds of .40mm ammunition and a brown coloured revolver, being discovered in the vehicle.

Man in court for teen's murder