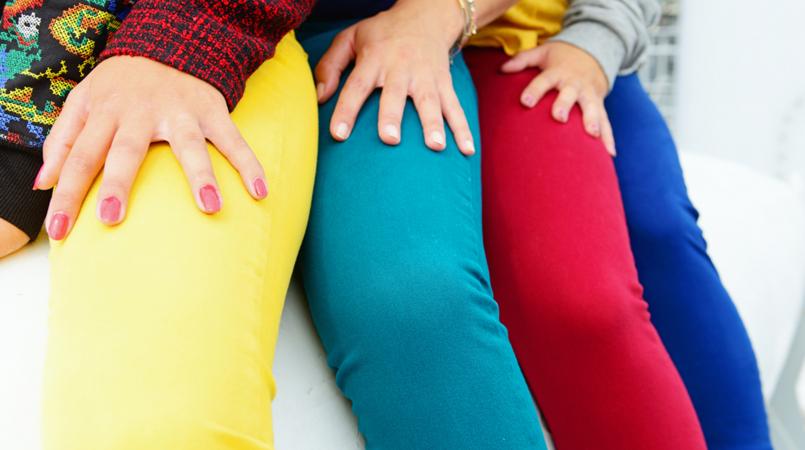 The girls, whose ages were not specified, were not allowed onto the morning flight because they were travelling under an employee travel pass that includes a dress code, United spokesman Jonathan Guerin said.

The dress code bars pass travellers from wearing spandex or Lycra pants such as leggings. The teenagers agreed to change their clothing and take a later flight, Guerin said, but the airline's actions sparked a quick backlash on Twitter.

Watts said the girl's father was allowed to board while wearing shorts and called the airline's policy sexist.

Regularly ticketed passengers are not subject to the same dress code and can wear leggings, Guerin said. But the airline was standing by its policy for pass travellers because they are essentially representing the company, he said.

In response to the backlash, United posted the following on its Facebook page.

Let us take a moment to explain today's news:

We care about the way we present ourselves to you, our customers, as we believe that is part of the experience on board our flights. One of the benefits of working for an airline is that our employees are able to travel the world. Even better, they can extend this privilege to a select number of what we call "pass riders." These are relatives or friends who also receive the benefit of free or heavily discounted air travel – on our airline as well as on airlines around the world where we have mutual agreements in place for employees and pass riders.

To our regular customers, your leggings are welcome.