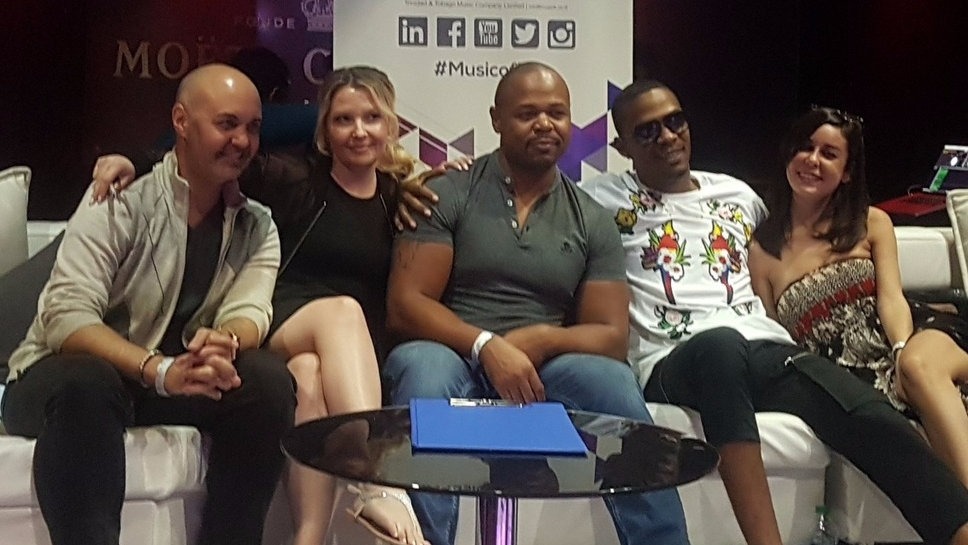 International judges at the MusicTT Showcase on Saturday

Eleven people fought their way to the top on Saturday night at the T&T Company Limited (MusicTT) Music Showcase and will now benefit from grooming for global stardom.

Three bands and 21 vocalists performed genres including rock, soul, rap and hip-hop/RnB to a captive audience and an impressive judging panel possessing over half a decade of success in the film and music industry.

Chinaka, Shannon Francois, Candice Caton, Miss Renuka, Daniel Griffith, DEZii, X-A-Vier & Black Unity, Donald Job, Quattro Musica, VoiceQueen and Keoné gained the nod of approval from the judges with some such asTakeisha receiving a standing ovation from them all and Mulligan declaring to Daniel, “I have no idea how the world does not know about you yet.”

Songstress DEZii’s recent release “Power” was described as “perfectly arranged for film” while Sidekick Envy brought a breath of fresh air to the event with a dose of rock music which had Jill Pedone, a rock music lover, ‘very happy’.

With almost all the performers choosing pop, jazz or rock an infusion of Caribbean sounds in the pieces presented was lacking. This was glaring especially since industry execs are always looking for the next big thing and so much of the world is turning into the Afro- and Caribbean sound.

The showcase is part of MusicTT’s Artiste Portfolio Development Programme and will function via the Music Export Academy as a finishing school for artistes who are primed for export to gain the business and performance acumen needed to truly break out in the entertainment business.

Jeanelle Frontin, General Manager of MusicTT explained, “It was incredible to stand witness to what will mark the future of our music to the world. Each performer revealed the depths of their talent at the Showcase and supported each other through the entire process. This is what we want to continue to develop among our artists and stakeholders; providing opportunities for all those in the music industry. MusicTT will continue to lay the pipelines to build the infrastructure needed to ensure nothing stands in the way of our music.”

The Lounge: Doors open for Soca as Jus Now signs with Warner Music

Musicians reclaim space in Carnival with Brass to the World