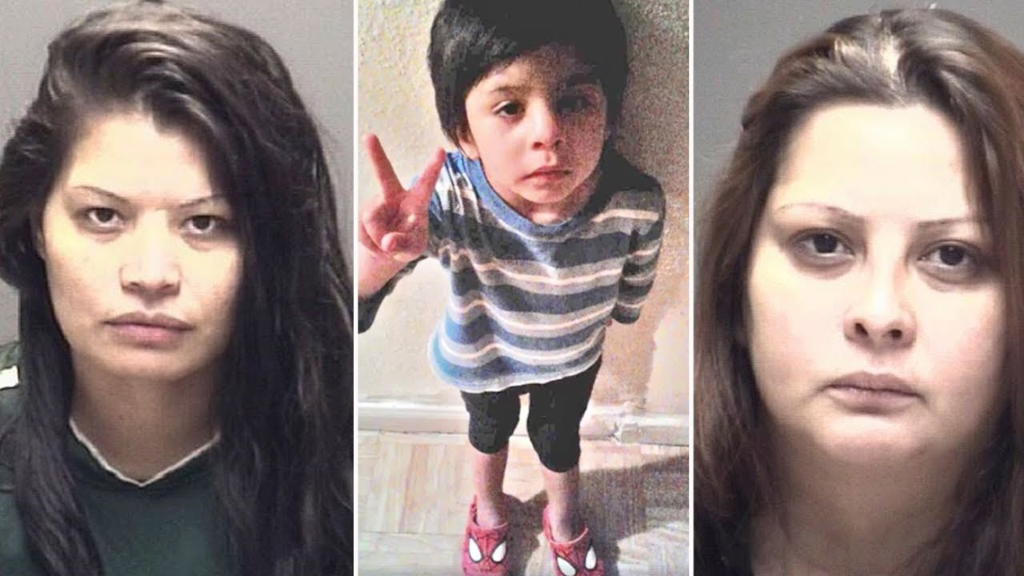 The mother of a 4-year-old boy whose naked body was found on a South Texas beach last year admitted to authorities that she beat him and denied him medical care after he suffered a head injury from running into a wall, then drove to Galveston in the middle of the night and dumped the body in the water, according to court documents.

Galveston police identified the child as Jayden Alexander Lopez. Authorities had named him "Little Jacob" after no one came forward to report him missing.

Galveston police chief Vernon Hale announced Wednesday that the child's mother, Rebecca Rivera, and her girlfriend Dania Amezquita-Gomez, had been arrested and charged with fabricating or tampering with physical evidence.

An affidavit says Rivera, in an interview on Tuesday, told authorities she woke up in the middle of the night after her son had died, carried his body to her vehicle and drove to Galveston with her other young child and Amezquita-Gomez.

According to an affidavit, she said she put her dead son into the water because he went to the beach previously and he liked the water.

Last month, in an interview with authorities, Amezquita-Gomez acknowledged being in the vehicle but did not give any other details about where they went or about the dead child being in the vehicle, according to the affidavit. She reported being too drunk to remember the details.

Rivera admitted that she abused the boy, saying "she was stressed out and took this out on Jayden by striking him with 'whatever I could find,'" according to the court documents.

Rivera told authorities that about two weeks before the boy's death, he had bumped into a wall, causing a head injury. Rivera told police she used alcohol to clean the injury but she and her girlfriend began to argue, causing the alcohol to spill onto the child's face.

According to the court documents, she said her child's face started to swell, and over the next two weeks his health "deteriorated." He reportedly complained of stomach aches and became visibly more lethargic, the mother told police.

Rivera also told police her girlfriend blamed the child for problems in the couple's relationship, the affidavit says.

Jail records did not list attorneys for either woman.

Bryan Gaines, a supervisory senior resident agent with the FBI, called the crime "appalling" at a press conference Wednesday announcing the arrests.

"No one reported Jayden as missing. No one was looking for Jayden. Jayden had no advocate other than us," he said. "Someone took a beautiful, innocent child and discarded him in the ocean as if he was a piece of trash."

Investigators made the unusual move of releasing a photo of the face of the dead boy earlier this year, hoping it would generate new leads about his identity. Authorities had previously released a sketch of the child with a phone number to call with tips. Police on Wednesday said tips led to a possible name for the boy and a DNA comparison led to the positive identification.

Lois Gibson, the forensic artist who created the sketch, said she was at home when she heard news of a break in the case.

"I cried, I cried with relief," said Gibson, who works as forensic artist at the Houston Police Department.