Texas transgender woman who was beaten in video found dead 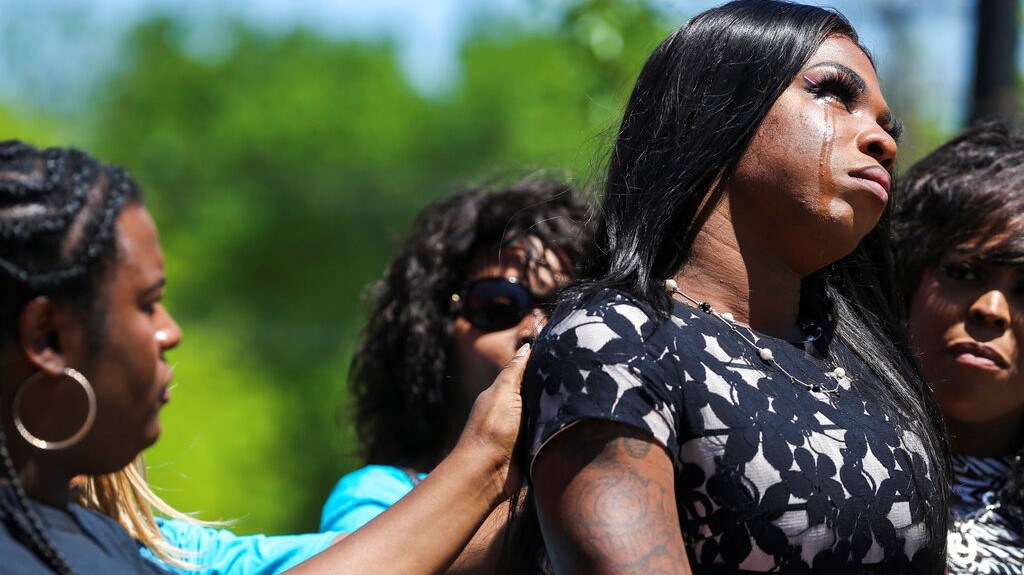 In this Friday, April 20, 2019 photo, Muhlaysia Booker speaks during a rally in Dallas. (Ryan Michalesko/The Dallas Morning News via AP)

A transgender woman was found slain in a Dallas street over the weekend, authorities said, a month after a cellphone video showed her being brutally beaten in a separate case police said they investigated as a hate crime.

Muhlaysia Booker, 23, was found face-down early Saturday after Dallas police officers were called following reports of shots being fired. She was pronounced dead at the scene.

Booker died from "homicidal violence," police Maj. Vincent Weddington said. He did not elaborate on her death. No suspect has been identified.

State Rep. Jessica Gonzalez, a Democrat who is part of the House LGBTQ Caucus, also extended sympathies to Booker's family.

Weddington said there's no evidence indicating a link between the shooting and the April 12 beating Booker suffered after she was involved in a minor traffic accident. A police affidavit released at the time said Booker accidentally backed into a vehicle. The driver of that vehicle then pulled a gun and refused to let her leave unless she paid for the damage.

As a crowd gathered, someone offered $200 to a man to beat the woman, who suffered a concussion, fractured wrist and other injuries, police said. Other men also struck Booker, with one stomping on her head. Edward Thomas, 29, was arrested and jailed on a charge of aggravated assault.

The video showed Booker being beaten as the crowd hollered and watched. Video of the attack was shared on social media.

Booker attended a rally the following week where she said she was grateful to have survived.

"This time I can stand before you, wherein other scenarios, we're at a memorial," The Dallas Morning News reported her as saying.

Weddington said the investigation into the April attack continues.

"We're still attempting to identify other people that were seen assaulting Muhlaysia in the video," he said.

In November, the FBI reported that 7,175 hate crimes were committed in the United States in 2017, the most recent year for which the agency had compiled data. Of those, 1,130 were based on sexual orientation bias and 119 on gender identity bias. Of crimes motivated by gender identity bias, 106 targeted transgender people, a 1% increase from 2016.