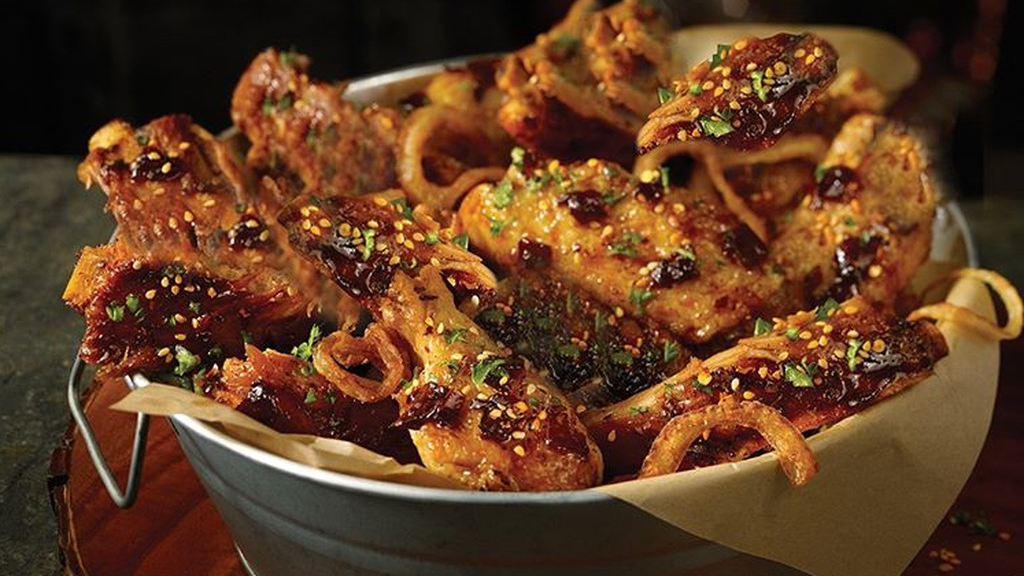 TGI Fridays has a new menu but please be warned that if you intend to dine alone, this is not for the faint of stomach.

The restaurant chain on Monday unveiled the menu to some of the country's most popular food bloggers at the Price Plaza restaurant in Chaguanas.

And while everyone attacked their food with hungry optimism, it wasn't before long that the optimism waned and steely resolve set in to complete the smorgasbord of food before them. 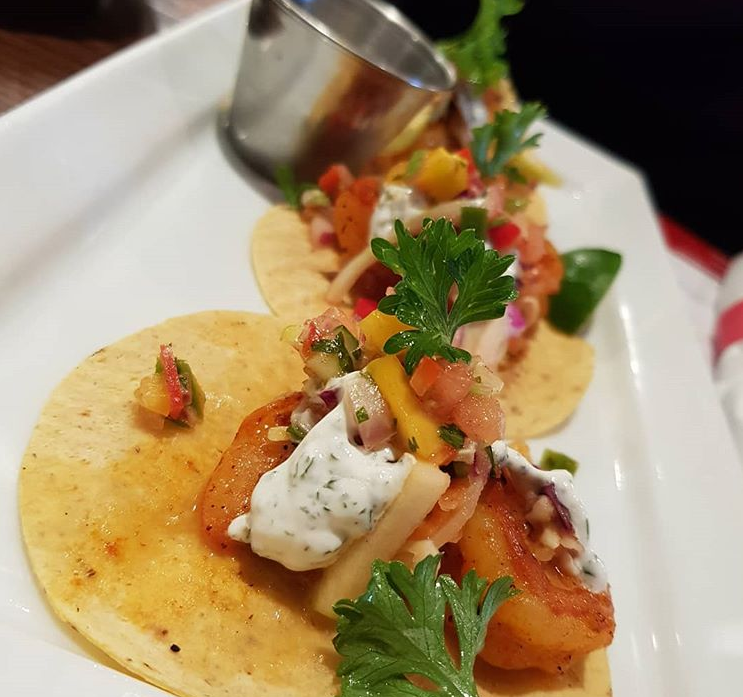 The menu is a hefty one with starters, food from the grill, chicken and seafood, handheld dishes and dessert.

There are four starters: Smoky Shrimp Tacos ($69), Pork Belly Nachos ($65), Latin Spinach and Queso Dip ($65) and the Bucket of Bones.  The latter, at a $195, is presented in a mini aluminium basin, comprises slow cooked Tennessee glazed pork ribs with a choice of Tennessee glaze or Buffalo chicken wings with sesame seeds and red peppers and served with fries and topped with onion rings. of all the starters, this is definitely one to share with friends as it is a generous serving.

The grill items, the New York Strip Steak ($280) and Texas Spiced Ribs ($255) are also quite generous in the portions. For those who ordered the steak, it was rated among the best they had and the TGI chefs were praised for getting it right. The ribs were well done, well-seasoned and melting off the bone and were not drowned in sauce. They were served with fries and cole slaw.

The Latin Roasted Chicken ($135), a half chicken braised in tomato sauce and served in a spicy chipotle chicken broth with two sides of your choice, is also a dish that should be shared unless you have plenty stretch in your waistband.

The handhelds are full meals on their own.  They consist of the Extreme Buffalo Chicken Tacos ($75), soft tortillas stuffed with buffalo chicken strips, creamy bleu cheese and shredded red cabbage, and the Black and Bleu Tacos ($80), a fire-grilled burger patty with Bleu cheese dressing, cool lettuce and pico de gallo.

End the meal with a S'mores pie, a decadent chocolate Ganache filling with toasted marshmallows and a Graham cracker crust that cost $69.

In addition to the new menu items which are available to the public, the TGI Fridays crew enthusiastically introduced us to a new drinks service, a drinks cart brought directly to your table where the drinks are made with the flair and style of the bartenders behind the bar.

The wooden cart was furnished with fancy brass cups which you can keep after purchasing your drink as well as items for the cocktails on offer. The four cocktails made for us by the talented bartenders are new on the menu: Strawberry Mule, Summer Mule, Irish Mule and Cucumber Mule. The drinks are called mules because of the kick of the ginger beer which is a staple ingredient in all the concoctions.