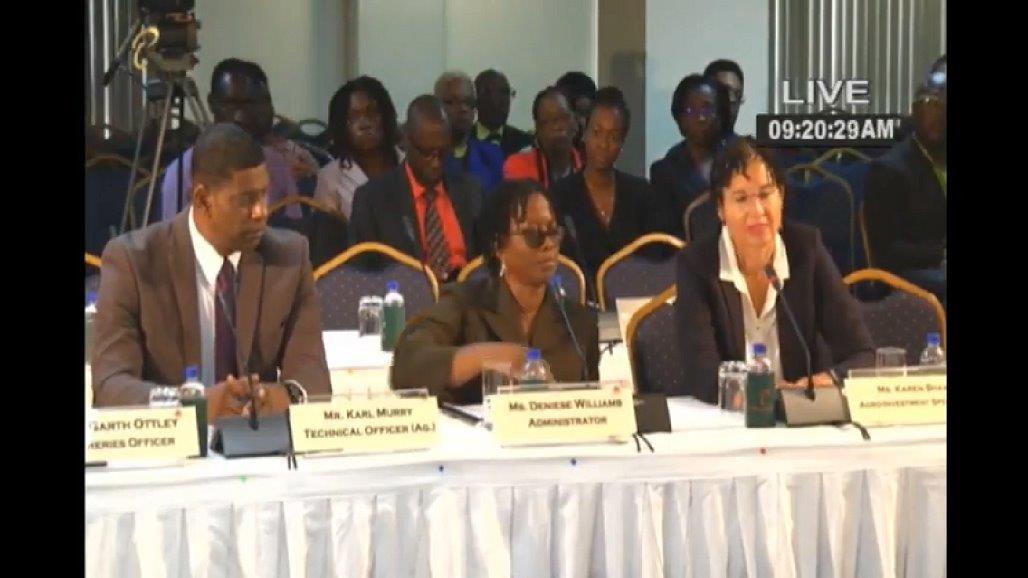 Key members of the Tobago House of Assembly (THA) were not present to speak at a Joint Select Committee (JSC) meeting to discuss Tobago matters in Scarborough on Wednesday.

Assemblyman Hayden Spencer, Secretary for the Division of Food Production, Forestry and Fisheries, issued a letter saying he had been advised by his lawyer not to attend the meeting.

Member of the Joint Select Committee, Wade Mark, said he was very disappointed.

“I want to record my utter disappointment. This Joint Select Committee invited the Secretary for the Division of Food Production, Forestry and Fisheries, Assemblyman Hayden Spencer, could anyone indicate to us why he is not here today?”

“So Tobago has written to the Parliament, this is the supreme institution of law-making and have told the Parliament that some lawyer has instructed the assemblymen not to come?”

“That is amazing. I have many questions I would like to ask and I don’t know if the persons who are here are in a position to answer,” Mark said.

The meeting addressed various issues including the lack of support for Tobago farmers.

Karl Murray, Technical Officer at the Division of Food Production, said graduates were originally promised state lands but this was not realised.

He added that feuds over land ownership was also a common problem hindering small farmers.

However, Murray said he has seen ‘strong positive trends’ regarding young entrepreneurs and a resurgence toward local farming among young Tobagonians.