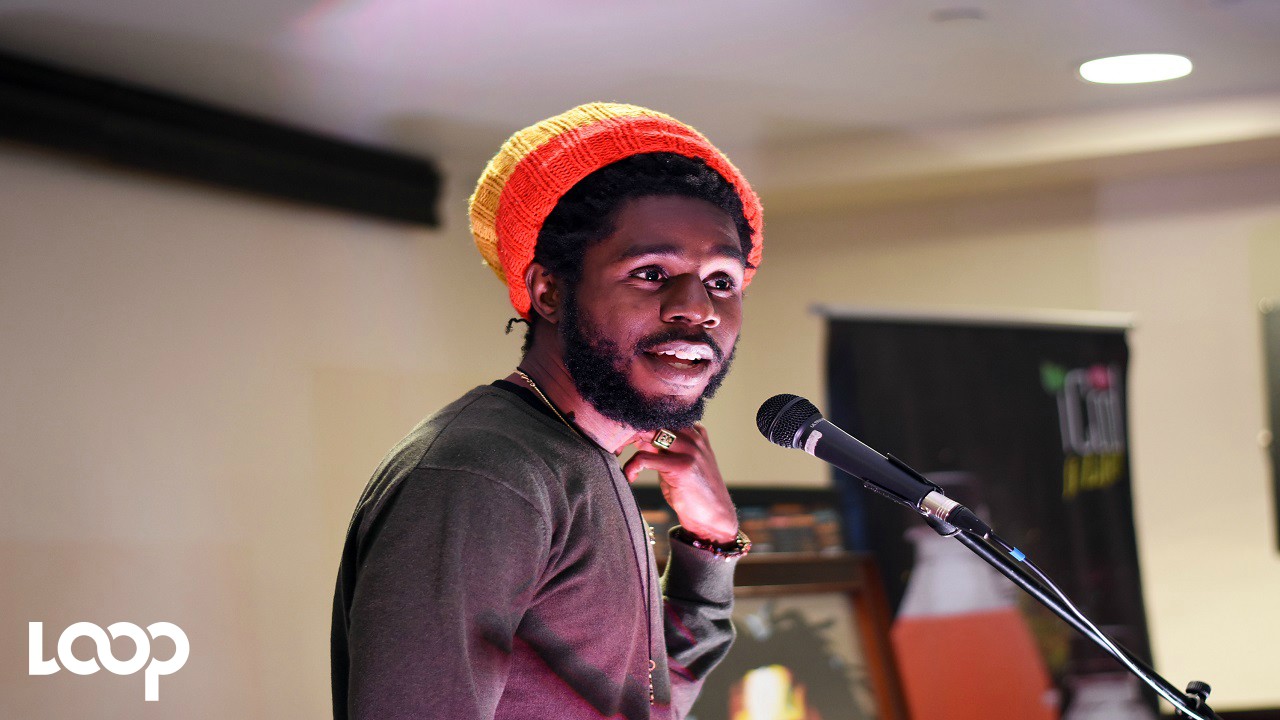 Jamaican reggae star Chronixx speaking at the launch of the Caribbean Chronology Tour on Wednesday at the Jamaica Pegasus hotel. (PHOTOS: Marlon Reid)

Reggae star Chronixx slammed the Jamaican government on Wednesday for what he said was the policy makers’ lack of support for the entertainment industry.

According to the roots and culture artiste, governments across the world help to fund cultural events and reggae music, but successive Jamaican administrations have offered little support towards staging a concert like his Caribbean Chronology Tour.

“I remember we had to borrow the money, which was a lot of money for a 21 or 22-year-old youth, who barely left his school, whose mother nuh live nuh weh and mi nuh live nuh weh. To hear seh that the first $6 million that yuh ever earn, yuh have to put di whole a it towards a concert?

The entertainer said that while he learned about staging his own show from colleagues in the industry, it is becoming increasingly difficult for artistes to continue doing this.

He said, “Kelissa has had Kelissa Live for three years and she is not doing it the fourth. I more than anyone can understand, because when you put your all into something every year (and nothing). She is moving it to Africa; basically, she had to go where her music is loved.”

Chronixx went further to declare that the only reason why he was staging the concert in Jamaica was because locals represented one of his three largest fan bases.

“When you check the stats, our greatest fan base other than Kenya and New York City, is Kingston, Jamaica,” the entertained said, adding “For me that’s a profound thing, because you find that normally most of the artistes in Jamaica who have great international exposure, don’t enjoy this support in Kingston and in Jamaica. So I count that as one of my many blessings.”

He said, “I like when a blessing can now become a blessing to other people. So we are trying to turn this musical journey into a blessing, so that all of the people in Jamaica, who support the music, we giving them a chance to see.”

The Caribbean Chronology Tour will begin on November 18 at the Guyana National Stadium in Guyana, before moving to Grenada at the Grenada National Cricket Stadium on November 24 and then on the following day to Trinidad and Tobago at the Jean Pierre Complex.

The tour will then move to Jamaica with two shows. The first will be at Mass Camp in St Andrew on December 1 with Pier One in Montego Bay hosting the second show the following night. It will conclude in St Kitts at the Fort Thomas Hotel Ground in Basseterre on December 9.

See photos from the launch in slider below.

Chronixx looks forward to the love from Caribbean audiences