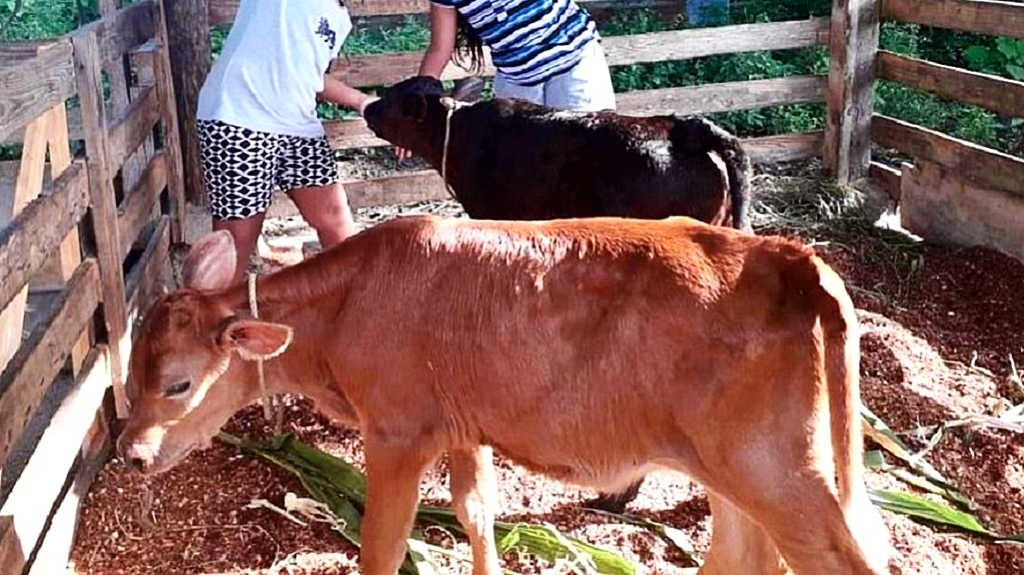 Senior officers within the Praedial Larceny Unit have allegedly been using state vehicles for personal use.

Minister of Agriculture, Lands and Fisheries, Clarence Rambharat told Loop News that he has received reports of senior officials within the Unit, using vehicles for purposes unrelated to work.

These reports have been referred to the Permanent Secretary.

"I have referred to the Permanent Secretary complaints by Praedial Larceny Officers that certain vehicles have been damaged by senior officers while being put to personal use by those officers and more recently officers PLS officers have said vehicles are being kept round the clock by senior officers and are not available for use by officers on duty. These complaints were referred by me to the Permanent Secretary for investigation," he said.

The development comes after one farmer was able to recover his stolen calf, called Cocoa, after she was snatched by thieves.

Cocoa was returned to her farm in Carlsen Field after her owner, Donny Rogers, made several social media posts about the incident.

When the thieves tried to sell her, the information was relayed to Rogers, who notified the authorities. When the suspects realised they were unable to sell her, she was returned to the farm.

Rogers said he tried to enlist the help of the Praedial Larceny Unit however he was told that the vehicles did not have enough diesel.

He said farmers need more support and help in the face of these challenges.

Cocoa the calf had a narrow escape after she was snatched by thieves from her farm in Carlsen Field.

Luckily, Cocoa was returned after her owner, farmer Donny Rogers, was alerted by a friend that Cocoa had been put up for sale.

And through a combination of luck and action, his calf was returned to him, Rogers told Loop News.

Last Tuesday (September 10), the farmer spotted some strange men looking at his animals. Thinking nothing of it, he left the farm to do errands.

But when he returned, he saw Cocoa, a young female calf, was missing.

Rogers reported it to the Praedial Larceny Unit, but he was told that they had no vehicles on hand to act.

“The officers there know me, they know all the farmers in that area. I reported it but when I saw no action being taken, I decided to try to find out on my own who stole the calf. “

So he put up a social media post about Cocoa and soon after, someone reached out to him saying that someone had tried to sell Cocoa to them.

“Word got back to me and the people told the thieves they weren’t interested in the cow and that they knew it was stolen,” he said.

Thankfully, around 8 pm on Wednesday night, Cocoa had been returned to his farm.

Rogers said thanks in part to social media, his beloved calf is safe again.

“So, fortunately, Cocoa was dropped off a while ago at my house after word got around to the culprits as to what was going to happen to them…thank you to everyone who assisted,” he said in a social media post last Wednesday.

Rogers said the Praedial Larceny Unit needs more support, as when he relayed his information on the suspects to the officers in hopes that they would help retrieve the calf, he was told that there were no available vehicles.

When he offered to drive them there in his vehicle, he was told that officers were not allowed to use a civilian vehicle for official duties.

He claimed the issue was that there was no diesel for the vehicles.

“I volunteered to fill their tanks. I said this is not a gift to you, this is a gift to the state. I’m volunteering to assist the police in their duties, but I was told that I can’t do that and would have to wait until tomorrow for the investigator to arrive.

“It would be nice for the Minister to explain why the Praedial Larceny Unit isn’t getting the resources they need. Diesel is a basic thing. It really is disappointing where you don’t have agricultural support and when things go wrong you still don’t have support.”

Rogers said farmers are unprotected if their crops are damaged or stolen.

“Out here, farmers are naked…there is no company locally that offers insurance for produce or livestock. Without insurance or support via policies from the state or from the protective services, what are farmers to do?

“You really shouldn’t get angry with farmers when prices go high because the amount of losses you have to incur, it’s bad.

“When farmers get the opportunity to raise prices to try to cover some of their losses, you can’t blame them. Everybody has to earn a living,” he said.

Rogers suggested a good way to give farmers support would be to assist with the granting of their rebates.

The Ministry of Agriculture, Land and Fisheries is the authority responsible for the administration of incentives in the agricultural sector.

The Agriculture Incentive Rebate Programme offers rebates ranging from TT$200 to a maximum of TT$200,000.

“There are two things they have to do, they have to have the process of farmers getting rebates via agricultural incentive programmes and have those rebates paid in a timely manner that will promote positive liquidity in farmers’ hands.

“The agricultural incentive programme puts things in place so that farmers’ claims are paid within 30-45 days. Right now, sometimes a year passes and nothing happens,” he said.

Rogers is also of the opinion that the programme can be restructured to match inflation costs.

“They also need to restructure the agricultural incentive programme. Prices are rising on a monthly basis but this programme has been fixed at a specific rate as far as we can remember.

“For example, if you have to do a pasture…you have to plow, rotovate, spray, buy seeds, fertilise, and the current grants may not even cover tractor fees.

“The incentives need adjusting. We don’t want things for free but we’re just trying to keep up with inflation."