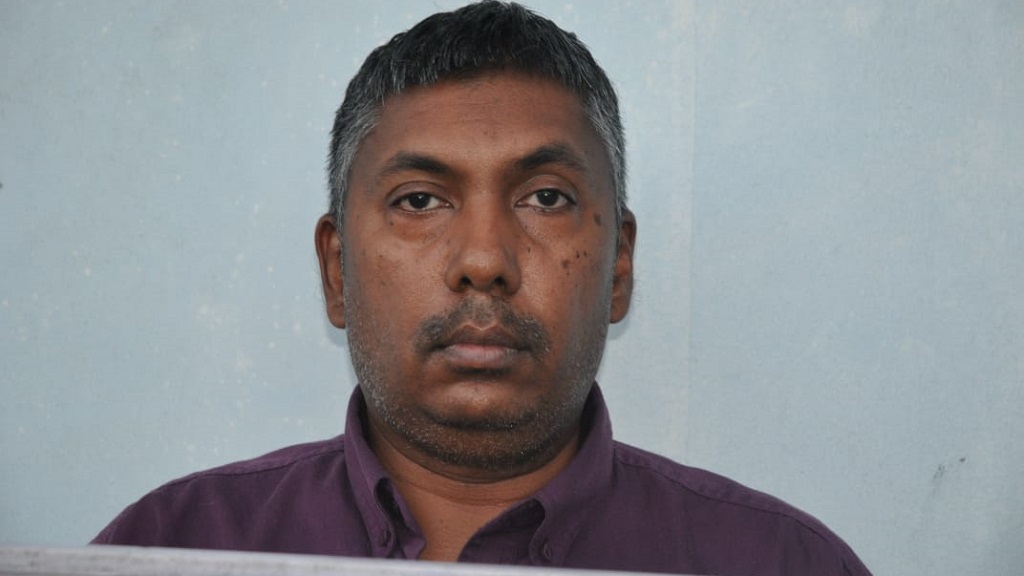 Photo: Tamashraj Ramkissoon was charged with breaching the Public Health Ordinance Regulations which was enacted to prevent the spread of COVID-19 (coronavirus). Photo via the TTPS.

Police said a third bar owner was charged with running a bar in violation of COVID-19 regulations set out by government.

The Trinidad and Tobago Police Service (TTPS) said in a statement Sunday that Tamashraj Ramkissoon, of Arena Road, Freeport was arrested and charged after police reportedly found his premises open and sales being conducted on April 4.

Police said around 11.10 am on April 4, 2020, officers of the Freeport CID were on patrol along the Arena Road, Freeport, when they observed Tom's Bar and Liquor Mart opened and persons exiting the premises with alcoholic beverages.

The officers inquired from the proprietor who presented a Spirit Retailers Licence under the Liquor Licence Act, Chapter 84:10.

The owner was warned that as a result of regulation 3 (1)(a) and 6 of the Public Health [2019 Novel Coronavirus (2019-nCov)] (No.6) Regulations, 2020, he was to desist from operating his business for the period of time specified under Regulation 6.

The police officers then left.

The police officers returned around 11:55 am and observed a man leaving the same premises with alcoholic beverages. They inquired as to where he purchased the said items and he indicated it was done at Tom's Bar and Liquor Mart.

The police officers entered the business place and informed the owner of the offence of conducting a business, namely a bar, during the period specified under the regulations, and arrested him.

The TTPS said Ramkissoon was granted bail in the sum of $25,000 at the Freeport Police Station and was scheduled to appear before the Couva Magistrates' Court on June 4, 2020.

Ramkissoon was the third bar owner to be charged for breaching the Regulations during the COVID-19 crisis. Daryl Sirju was arrested on March 27 for operating his bar along the Southern Main Road, California.

The TTPS said on March 30, Ernest Todd was arrested and charged for operating Larry's Bar at Dow Village, California. These cases are pending in court.

“4. (1) For the purposes of controlling and preventing the spread of the 2019 Novel Coronavirus (2019-nCoV), it shall be an offence, during the period specified in regulation 7, for any person–

(a) to conduct the business of a bar, whether or not the person is a licensed person under the Liquor Licences Act”.

A person who contravenes this regulation commits an offence and is liable on summary conviction to a fine of fifty thousand dollars and
imprisonment for a term of six months.