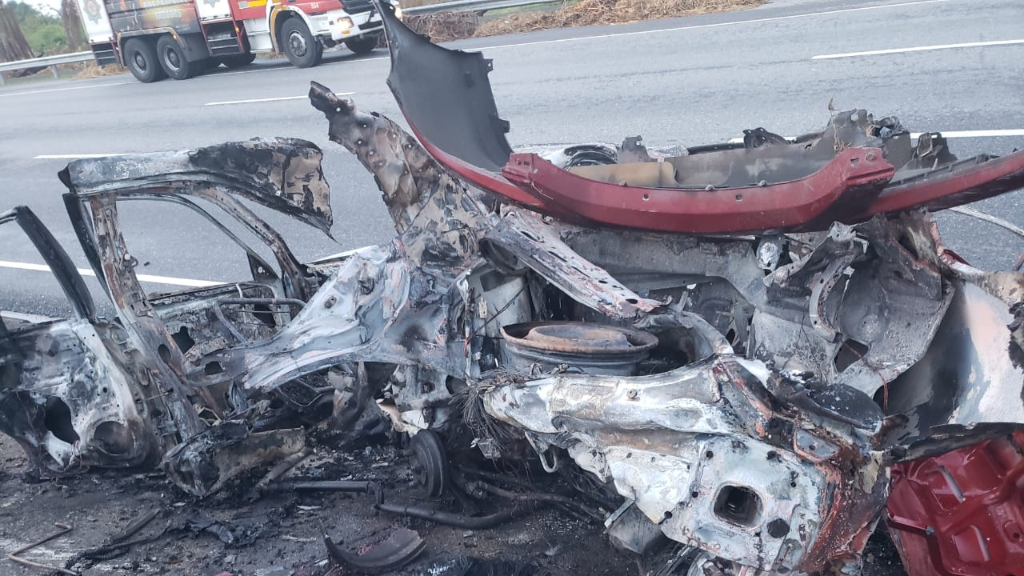 All three victims from Sunday’s fiery accident along the Churchill- Roosevelt Highway have died.

This was confirmed by police on Wednesday.

The victims are 37-year-old Jinelle Ferdinand of San Juan, 34-year-old Myron Virgil and 25-year-old Shereen Baker, both of Morvant.

Virgil was pronounced dead at the scene, Baker succumbed to her injuries at the Eric Williams Medical Sciences Complex and Ferdinand was burnt to death when she was trapped in the vehicle.

The accident took place at around 4:15 am on Sunday along the eastbound lane of the Churchill Roosevelt Highway.

Police say from initial inquiries, it appears as though the driver of the vehicle was proceeding along the roadway at a high speed when he lost control of the car, which hit a light pole in the median of the highway. The car eventually burst into flames.

Update: 2 killed after car bursts into flames in highway accident