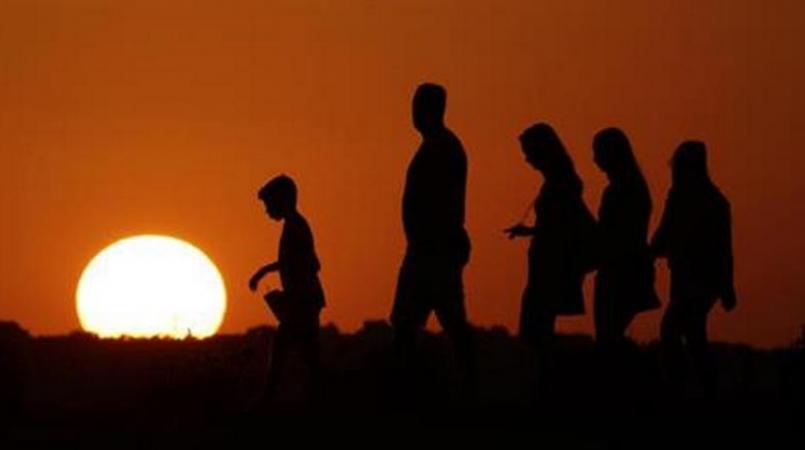 Earth sizzled to a third-straight record hot year in 2016, government scientists said Wednesday. They mostly blame man-made global warming with help from a natural El Nino, which has since disappeared.

Measuring global temperatures in slightly different ways, NASA and the National Oceanic and Atmospheric Administration announced that last year passed 2015 as the hottest year on record.

NASA's figures, which include more of the Arctic, are higher at 0.22 degrees (0.12 Celsius) warmer than 2015. The Arctic "was enormously warm, like totally off the charts compared to everything else," said Gavin Schmidt, director of NASA's Goddard Institute of Space Studies in New York, where the space agency monitors global temperatures.

"This is clearly a record," NASA's Schmidt said in an interview. "We are now no longer only looking at something that only scientists can see, but is apparent to people in our daily lives."

Schmidt said his calculations show most of the record heat was from heat-trapping gases from the burning of oil, coal and gas. Only about 12 percent was due to El Nino, which is a periodic warming of parts of the Pacific that change weather globally, he said.

"Of course this is climate change, it's overwhelmingly climate change," said Corinne Le Quere, director of England's Tyndall Centre for Climate Change Research, who wasn't part of the NOAA or NASA teams. "Warming (is) nearly everywhere. The Arctic sea ice is collapsing. Spikes in fires from the heat. Heavy rainfall from more water vapor in the air."

The effects are more than just records, but actually hurt people and the environment, said Oklahoma University meteorology professor Jason Furtado. They're "harmful on several levels, including human welfare, ecology, economics, and even geopolitics," he said.

FEATURED IMAGE CAPTION: In this July 21, 2016 file photo, the sun sets beyond visitors to Liberty Memorial on Thursday, July 21, 2016, as the temperature hovers around 100 degrees in Kansas City, Mo. For the third straight year, Earth set a record for the hottest year, NOAA and NASA announced. NASA says 2016 was warmer than 2015 - by a lot. It's mostly global warming with a little assist from the now-gone El Nino.