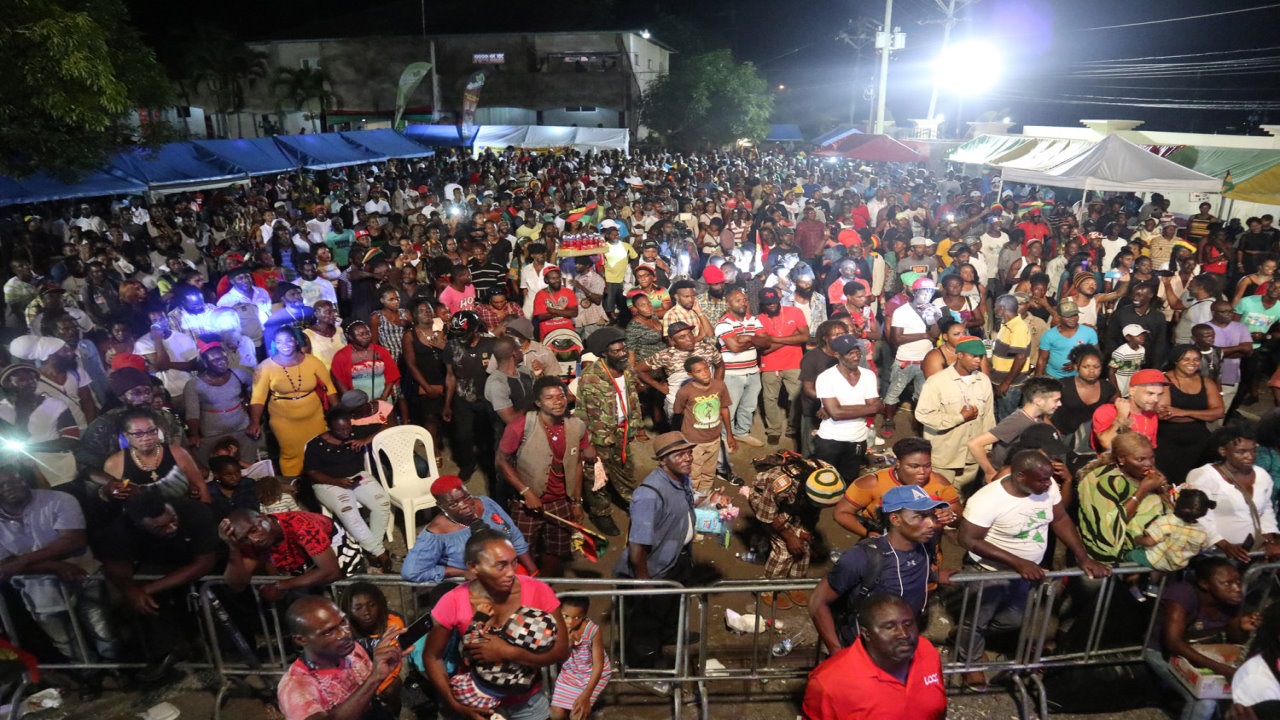 Thousands of persons, on Sunday, converged at the grounds of Coconut Grove in St Ann in a colourful celebration of the 130th anniversary of the birth of Jamaica’s first National Hero, Marcus Garvey.

It was the 26th annual staging of Irie FM’s Tribute to Mwalimu Marcus Garvey; this year it was held under the theme, “Pan-Africanism or Perish! Reparations Now!”

Starting as early as 6:00 am, the event had guest speakers from around the globe highlighting the virtues of the philosophy of Garvey.

With memorabilia of Garvey, Rastafari and other symbols of the black movement on sale, there was a festival atmosphere at the event, which culminated with a stage show.

According to Ka’Bu Ma’at Kheru, director of programming at Irie FM, the aim this year was to enlighten the public about reparations.

She said, “by foregrounding reparations as the theme this year, Irie FM hopes to utilise a populous event to sensitise and bring awareness of the various elements of the reparations debate and the work of the national and regional reparations council and commission respectively.”

She added that it was a vision of Irie FM founder Karl Young to uplift Jamaicans with events of the kind.

Among the noted overseas speakers at the event were:

•Reverend Canon Eve Pitts, a Jamaican, who is the vicar of the Parish Church of Holy Trinity and the first black woman ordained as a Deacon in the Church of England;

•          Brother David Muhammad, Trinidad and Eastern Caribbean Representative of the Nation of Islam; and

Shabazz discussed the main theme of the event; Pitts about honouring our ancestors; Dada, the relevance of black power in the 21st century; and Mohammad outlined the reasons why reparations are essential.

Politicians Mike Henry of the governing Jamaica Labour Party, and the current Minister of Transport and Mining, and Damion Crawford of the opposition People’s National Party, also spoke during the day.

With the compound littered with black, green and red, the colours of the UNIA-ACL, and with the yellow added from the rastafari community’s red, green and gold (yellow), the festivities ended with a stage show which showcased a number of notable artistes.

Namibian street to be renamed in honour of Marcus Garvey