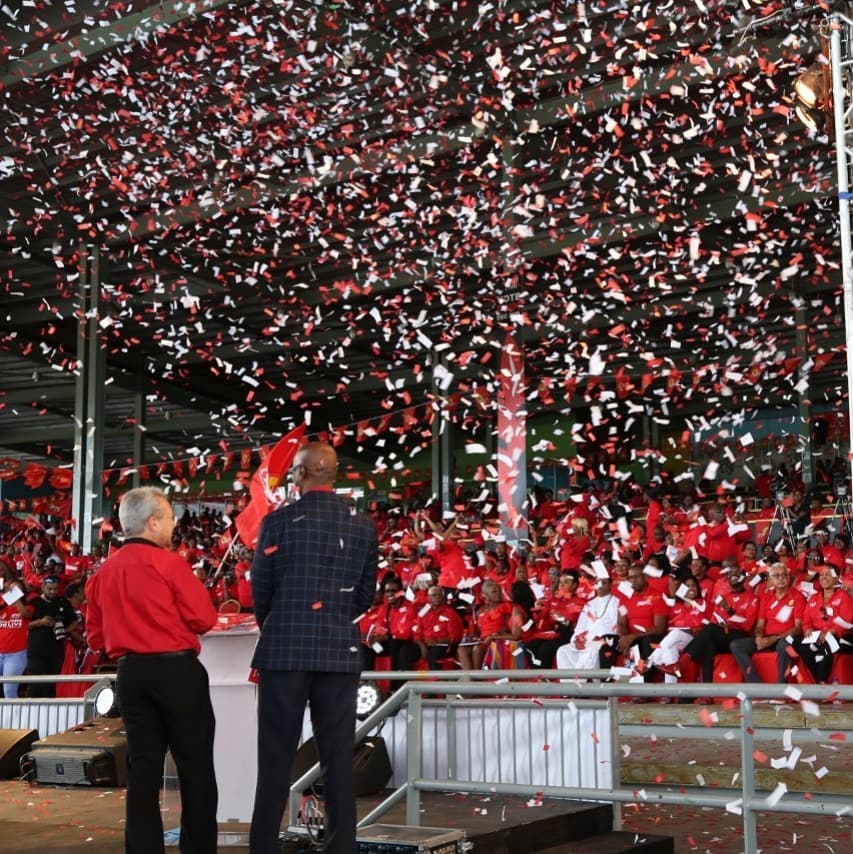 The People’s National Movement (PNM) and United National Congress (UNC) faithful turned out in their numbers to support their parties at the launches of their respective local government campaigns on Sunday.

Both parties presented candidates for each of the 139 electoral districts to much fanfare.

PNM and UNC kick off election campaigns with Sunday rallies

According to his figures, there were 18,750 registered attendees at the event at the packed-to-capacity Grand Stand at the Queen’s Park Savannah, and with unregistered attendees who came in the afternoon to be part of the campaign launch the numbers were pushed upwards of 20,000.

Prime Minister Dr Keith Rowley delivered the feature address in which he promised a “new” prosperous and sustainable society.

He said the PNM was the only clear choice, as the party has been “getting it done”. The alternative, Rowley said, was “corruption, chaos and collapse”, which he said was the hallmark of the previous Government.

““There are many that feel that politics does not concern them, that their voice doesn’t matter or that all parties are the same. There is no statement that could be further from the truth. The difference is as distinct as the colour of the rainbow. We are red, we’re not yellow or blue.”

“The consequence of not selecting the best government for the society have far-reaching, long-lasting consequences. The generations in T&T of all races, classes, colours, creeds don’t have the luxury of that apathy. It’s the generations coming up which will be robbed if we don’t make the difficult decisions today.”

He added that there is no place in a new society for belief that one’s voice didn’t matter or one couldn’t succeed.

Meanwhile, at the UNC’s campaign launch under the banner of “Worknation”, political leader Kamla Persad-Bissessar promised that if voted back into Government, her party would focus on the decriminalisation of marijuana and the creation of 50,000 new jobs for citizens by 2025.

She laid out plans for economic recovery and solutions to the country’s crime problem as she sought to drum up support ahead of the December 2 election.

“On December 2, 2019, we can begin that journey of rebuilding our nation and putting the dreams of people back on track by sending the Rowley regime a message at the polls.

“On December 2, 2019, we can work to break the yoke of underdevelopment, neglect, hardship and economic burdens of our citizens by standing up to the Rowley regime.

Together we will begin a journey to save our nation, a journey which you can be assured that my team and I have the experience, youthful innovation, intellect, grassroots determination, patriotic commitment and national love to successfully traverse,” Persad-Bissessar said.