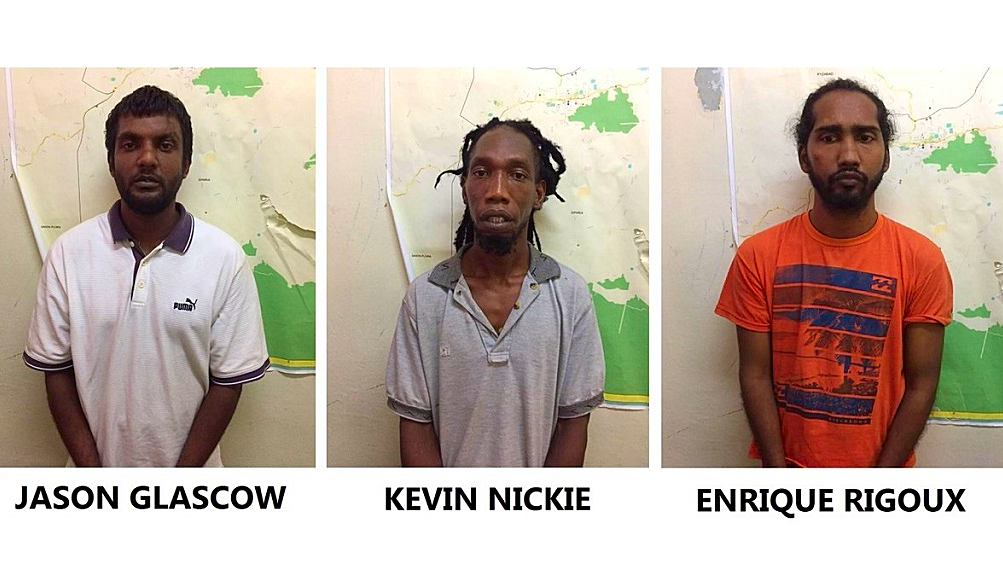 Photo supplied by the Trinidad and Tobago Police Service (TTPS).

Three men were scheduled to appear in court on Monday, facing a total of 13 charges including robbing a Siparia mini-mart and illegal firearm possession.

According to a statement issued by the Trinidad and Tobago Police Service (TTPS), 38-year-old labourer Kevin Nickie, aka 'Bug', of Moruga, 33-year-old Jason Glascow, of Siparia and 32-year-old taxi driver Enrique Rigoux, were all arrested in connection with the robbery of a mini-mart in Quarry Village, Siparia.

Police said during the incident, which took place around 7:20 am on October 25, ,2018, four armed men entered the mini-mart and not only robbed the owner and his relative but also beat them.

The assailants took a quantity of cash, cigarettes and cellphones and fired several shots at the mini-mart before escaping in the owner's own black Toyota Yaris.

The stolen car was later found in front of Nickie's home that same day.

Nickie was also charged with two counts of possession of a firearm and ammunition for an incident in Prices Town, while Rigoux was served with an extra charge os wasteful employment of police time.