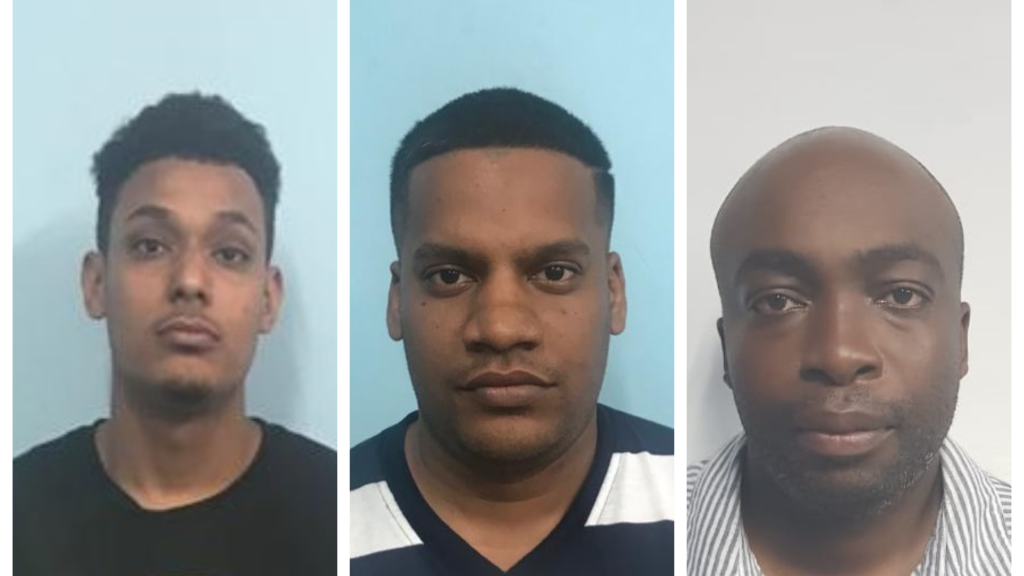 The three officers who were held last week, appeared before a Siparia Magistrate on Wednesday.

The three officers, who have a combined tenure of over 35 years in the Trinidad and Tobago Police Service, were charged for misbehavior in public office.

The offence stemmed from allegations that they illegally entered the home of a Penal man and threatened to fabricate evidence against him for marijuana possession.

PC Ian Mitchell was the complainant in the matter.

After submissions were made to the court, it was adjourned to April 2.

It stemmed from allegations that on December 4, the three officers went to the victim’s home in Penal and threatened to fabricate evidence against them unless he paid the three men $3,500.

The victim made a report to the Professional Standards Bureau, and an investigation was launched.

After consultation with DPP Roger Gaspard SC, advice to charge the three men were given this week.
More on this as it becomes available.