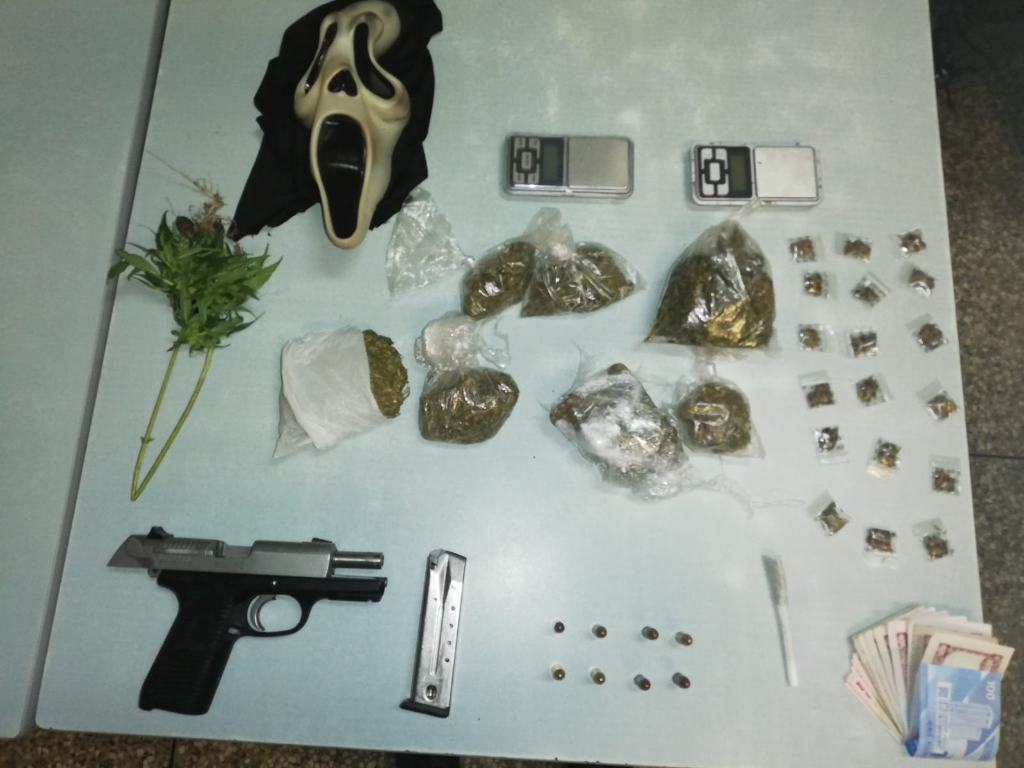 Three persons are expected to appear before a Sangre Grande Magistrate on Tuesday after a quantity of marijuana, a ‘Scream-mask’, and a firearm, were allegedly found in their possession during a police operation.

The exercise took place in the Sangre Grande community on Friday night, and included officers of the Sangre Grande police station, the Eastern Division Task Force, the Community Police, the Court and Process Branch, as well as the Special Operations Unit.

A 32-year-old man, police said, was held with a Ruger Pistol, loaded with eight rounds of ammunition.

Police are reminding citizens that under current laws in this country, an individual is only allowed to legally have up to 30 grammes of marijuana on their person, and cultivate up to four marijuana plants.

The exercise was Supervised by ASP Joseph and ASP Revanales, and included Sgt Harper, Cpl Ramnarine, and PCs Cielto, Singh, Lezama, and Samuel.