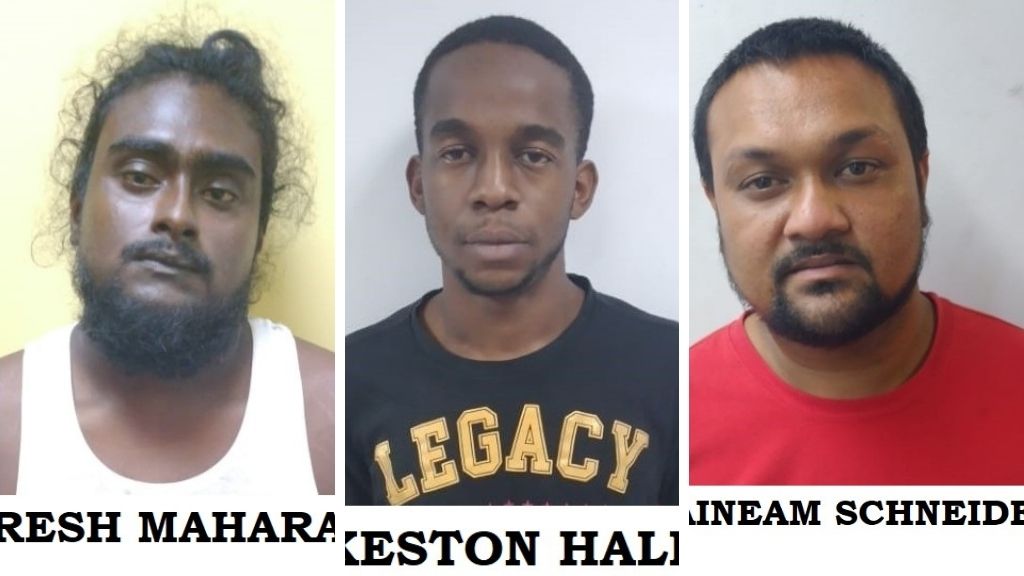 Police said three men have been charged under the Anti-Gang Act.

They were held during a simultaneous anti-crime exercise held throughout Trinidad by the Northern Division Gang Unit and officers of Northern Division on October 6. The three suspects were also charged with trafficking in marijuana.

The TTPS said the three men were initially arrested and charged with possession of marijuana for trafficking, when officers of the Northern Division Gang Unit intercepted a vehicle in which with three men were occupants on September 12, 2019 in Arouca, and upon searching the vehicle found 16.1 kilogrammes of marijuana.

The three accused subsequently appeared before the Arima Magistrates’ Court to answer to the charges, however, the Northern Division Gang Unit along with another Agency continued enquiries and pertinent information was received and investigations were done throughout Trinidad and Tobago, which led to several persons being interviewed and the eventual arrest of the three suspects on gang-related charges.