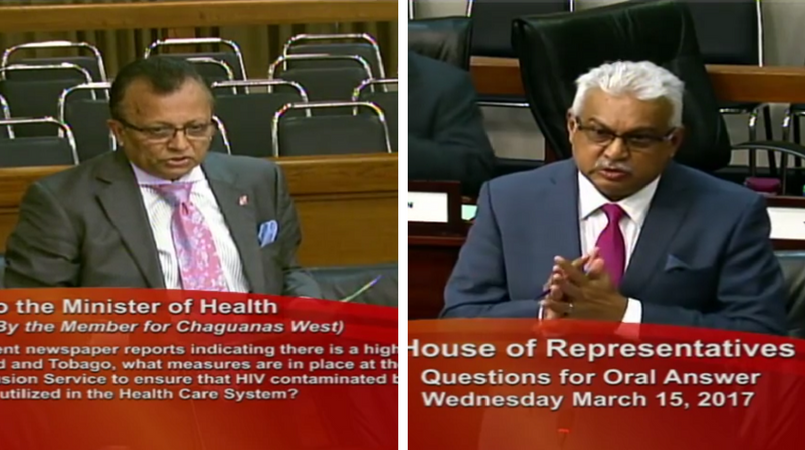 Speaking in Parliament on Wednesday, Deyalsingh spoke in response to questions put by Chaguanas West MP Dr Ganga Singh regarding the risk of HIV-infected blood donors.

“Is the Minister aware that three persons, including an eight-year-old child, a boy, contracted HIV as a result of contaminated blood as a result of negligence in the National Blood Transfusion Service?”

Deyalsingh said that the matter is pending an internal investigation and more information would be available following this.

“That matter is currently being fully investigated.”

Deyalsingh affirmed that measures have been implemented to prevent the transmission of HIV-infected blood to patients.

“All blood utilised in Trinidad and Tobago is tested for HIV prior to use, and if found positive, it is discarded,” he said.

According to reports, the incident was said to have occurred at the Eric Williams Medical Sciences Complex after an error allegedly occurred at the National Blood Transfusion Service.

Speaking to LoopTT, Singh said that the system must be reviewed.

“There has to be some kind of change, there are systemic flaws that must be addressed.”

“Can you imagine, an eight-year-old child getting contaminated, with absolutely no contact with anyone, because of negligence?”

“Somebody has to be accountable. There must be some measure of responsibility. If you hold no one accountable then more people may be injured.”