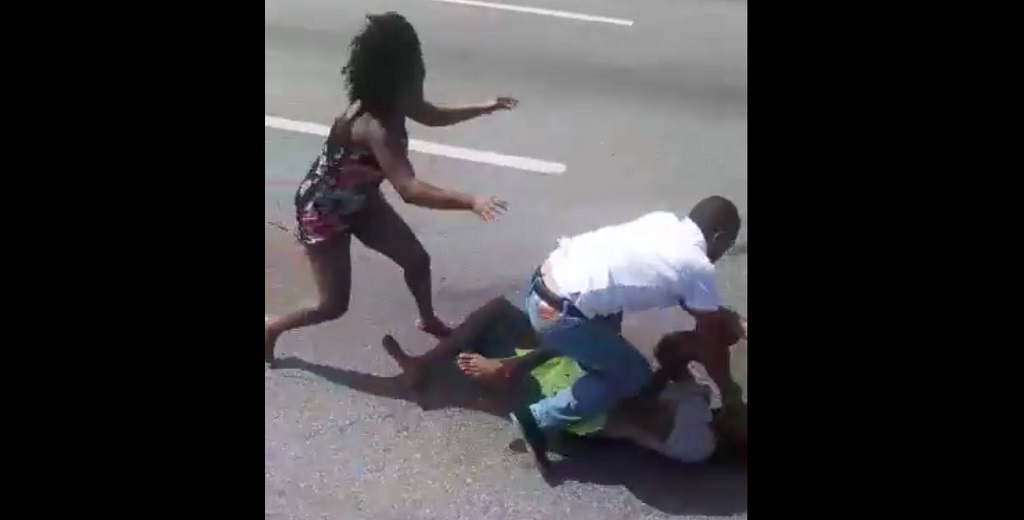 All three people that were involved in a stabbing incident along the Churchill Roosevelt Highway on Monday, have been released.

LoopTT was told that the three have been cooperating with inquiries. However, they have been warned not to flee the country.

The incident occurred on Monday afternoon along the highway, near Aranguez following an accident between two cars.

Two persons – a prison officer and a woman who accompanied him – were stabbed in the fracas. However, their injuries are reportedly non-life-threatening.

Video of the incident has been shared repeatedly on social media; one man was captured exiting a vehicle armed with a knife. He confronted the occupants of the other car.

The prison officer exited the car with a baton, and the two engaged in a brawl.

The woman who was in the vehicle with the prison officer at the time, rushed to his help, however, she was stabbed in the process.

Police arrived on the scene shortly after and were able to detain the man armed with the knife. The other two were taken for questioning and were assisting with investigations.