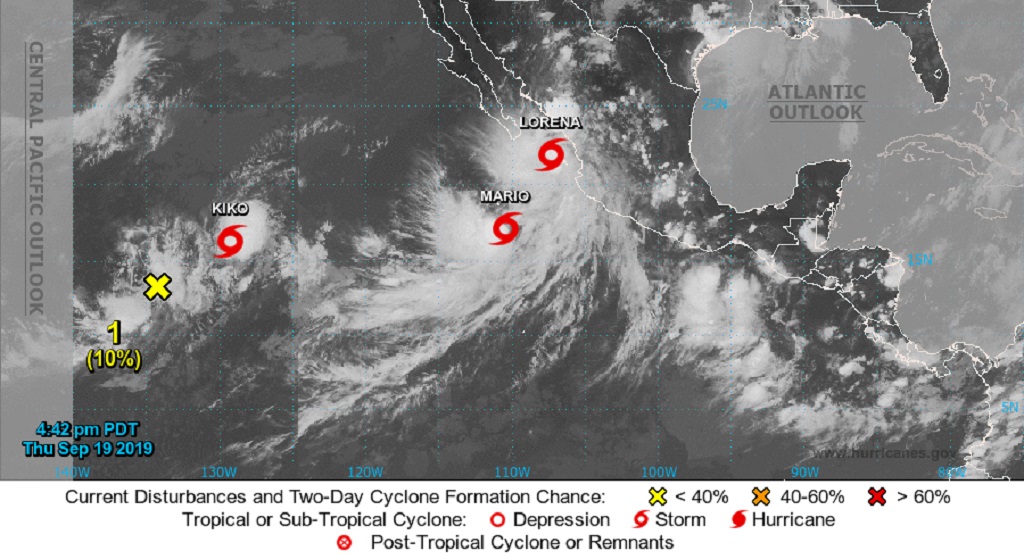 The Miami-based National Hurricane Center is issuing advisories on three Tropical Storms whirling at the same time in the Eastern North Pacific.

Thunderstorm activity associated with an elongated area of low pressure located over the far southwestern portion of the eastern North Pacific remains disorganized. Some slow development of this system is possible during the next day or two while it remains nearly stationary.

Further development is unlikely after that time as the system interacts with and is possibly absorbed by Kiko.

An area of low pressure could form south of the southern coast of Mexico in a day or two. However, development into a tropical cyclone during the next five days appears unlikely.

Formation chance through 48 hours to five days is near zero percent.

Meanwhile, in the Atlantic, Hurricanes Humberto and Jerry are whirling.

None of the systems currently pose a threat to Trinidad and Tobago.

Bermuda gets ready for pass by Category 3 Hurricane Humberto