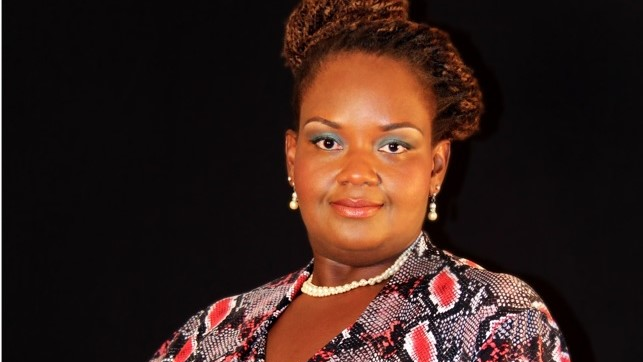 Juliana Henry-King is One Tobago Voice’s (OTV) sole candidate in this general election, but the candidate for Tobago East said she’s unshaken by the names and resources attached to her competitors.

Henry-King will face off against Political Leader of the Progressive Democratic Patriots (PDP), Watson Duke and the incumbent, Ayanna Webster-Roy of the People’s National Movement (PNM).

One Tobago Voice wasn’t always a political party, but it became one for the sake of representing Tobago’s views in the Parliament of Trinidad and Tobago. Henry-King explained that while the PNM’s candidates are from Tobago, their allegiance to party means that they must focus on the entire country and thus, are unable to put forward ideas for Tobago’s specific interests.

“Ayanna Webster-Roy was not able to represent Tobago; she was only able to represent the party which is the People’s National Movement and the government of the day so anything she speaks of or relates to or reports about is what the government of Trinidad and Tobago did regarding the Trinidad and Tobago space and not the Tobago populace,” she explained.

Good intentions aside, Henry-King believes that Tobago needs its own voice; she says the island has been forced to compromise for long enough.

“For the last 20 years plus, we have lost our voice in the parliament. Two people from Tobago won the election, yes, but they have never been able to raise Tobago’s issues or interests or even treat with the self-governance issue. All they were able to do is represent government interests or opposition interests and that is the relevance of One Tobago Voice,” she said.

Henry-King's perspective on competing specifically for Tobago East comes from her observation of the ideals being tolerated by the PDP’s supporters and their leader.

With five sexual assault charges looming over Watson Duke’s head, Henry-King says she was forced to throw her hat in the ring in case he’s no longer available to serve.

“Let’s say he wins and while he sits in the seat as the representative in the parliament for Tobago East, his case is tried and he is found guilty, what happens to the voice in Tobago East?” she questioned.

Explaining that she was prepared to throw her support behind the PDP’s Farley Augustine if he was given the chance, Henry-King says it’s imperative that integrity and the people come first when offering yourself to serve.

“He (Duke) knows his situation, he cannot avoid it coming to the forefront, we don’t know when and God forbid, if this is the outcome, what happens to us?” she mused.

OTV has thrown their full support behind the PDP’s candidate for Tobago West, however. Henry-King says she stands confident that Tashia Grace Burris has what it takes to represent Tobago’s concerns responsibly.

“In this election, Tobago ought not to have been sending any set of different candidates under different political umbrellas because what we ought to understand is that this election is just to make sure the whole of Tobago is represented by two candidates, East and West,” she said.

Asked what stands as her priority should she win the Tobago East seat, Henry-King said it’s all about a voice. Just as she wants Tobago to have its own unified perspective and position in handling its affairs, she wants to empower communities to have the same space.

“There’s a clarion call for decentralisation of the government and allowing the community to play a more crucial part in their progress, in their development. Governments tell you what is good for you and they continue to treat community systems with scant courtesy. It doesn’t treat with the uniqueness of that community so community empowerment would be very important to me,” she said.

One Tobago Voice originally functioned as a steering committee, set to advance Tobago’s desire for self-governance and structure. Henry-King and others like her have appeared in numerous Joint Select Committees of Parliament geared towards creating a feasible policy for Tobago self-governance.

Rowley: Duke is an agent of the UNC