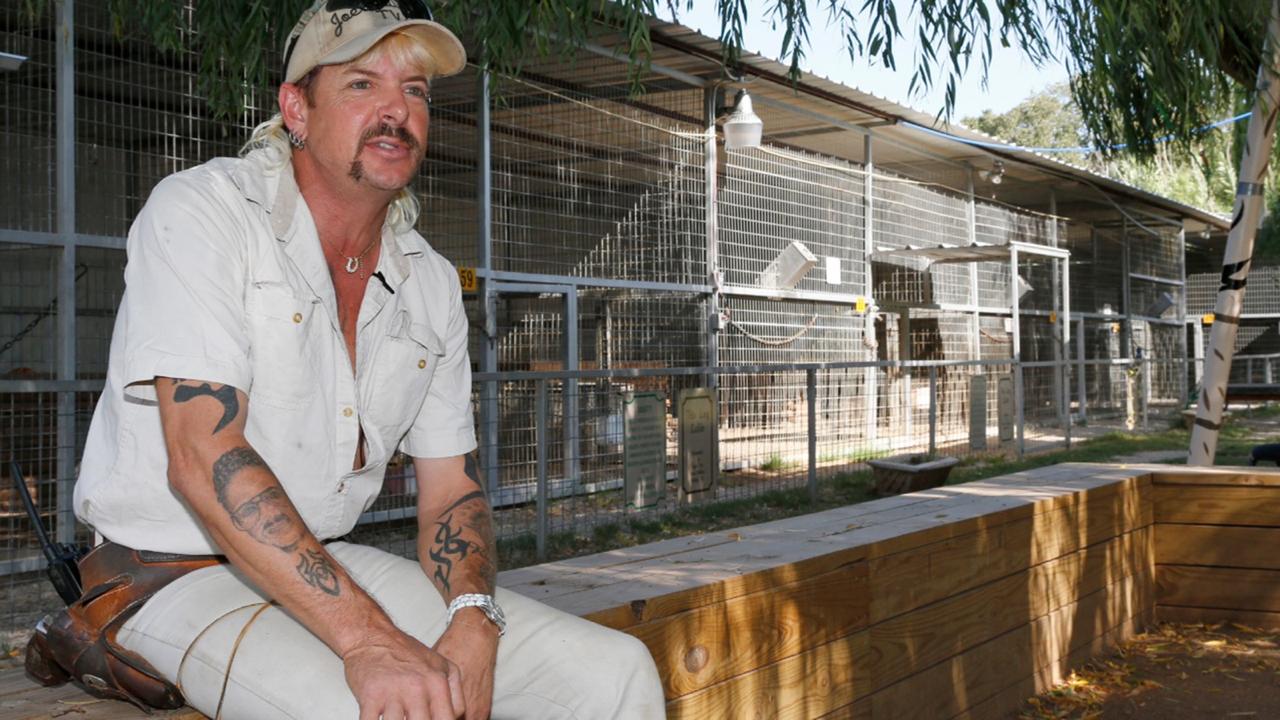 In this Aug. 28, 2013, file photo, Joseph Maldonado-Passage, also known as Joe Exotic, answers a question during an interview at the zoo he runs in Wynnewood, Okla. (AP Photo/Sue Ogrocki, File)

The Oklahoma zoo featured in Netflix's “Tiger King" documentary has closed after federal authorities investigated it for alleged maltreatment of animals and suspended its license.

The Greater Wynnewood Exotic Animal Park closed to the public after the US Department of Agriculture on Monday suspended the exhibitor license for owner Jeff Lowe for 21 days.

But Lowe said in a statement Tuesday that his license was suspended over a “litany of falsehoods.” He said he plans to open a new park for private filming for television and streaming services, KFOR-TV reported.

“Rest assured that all the animals will continue to have excellent care," Lowe said.

Officials at the animal rights organization People for the Ethical Treatment of Animals referred to as PETA, say the photos included in the report show lions suffering from flystrike. In this condition, flies are usually attracted to uncleared animal waste, bite other animals and lay eggs on them, resulting in hatched maggots eating the skin.

“PETA looks forward to seeing every one of the long-suffering animals at the G.W. Zoo be transferred to an appropriate facility where it won’t take federal intervention for a sick cat to receive veterinary care,” said Brittany Peet, PETA Foundation Deputy General Counsel for Captive Animal Law Enforcement.

An Indiana district court recently ordered Lowe to provide veterinary records for the lions allegedly not being treated appropriately.

Date set for the reopening off the Bermuda Aquarium, Museum and Zoo