A timeline of events in the Khashoggi case 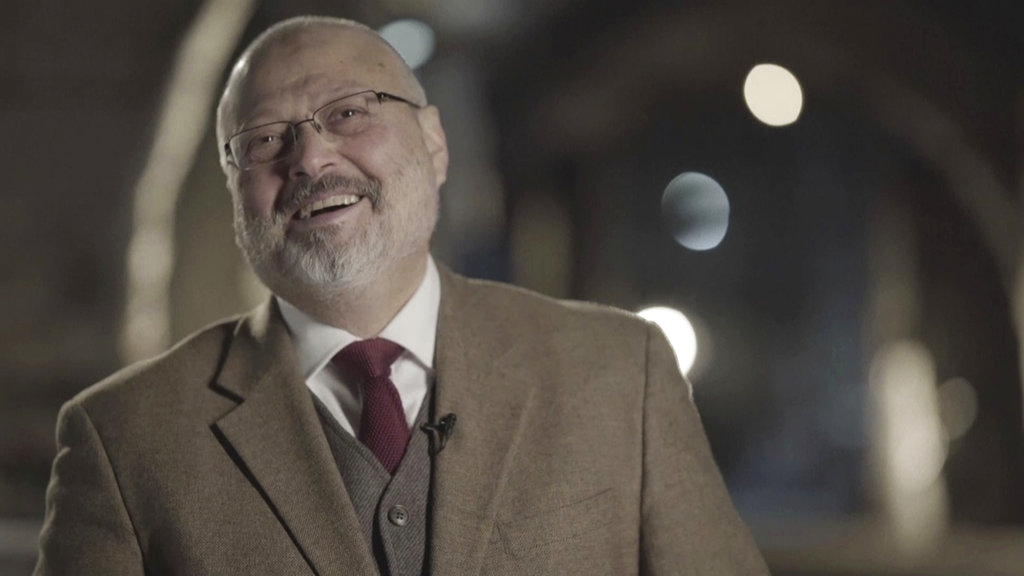 The official Saudi statements on the fate of journalist Jamal Khashoggi changed several times since he disappeared after entering his country's consulate in Istanbul on Oct. 2.

First, Saudi officials said he left the consulate. Last week, Saudi Arabia declared that he had died accidentally in what they called a fistfight in the building.

Both statements were met with widespread skepticism, especially amid Turkish media reports the columnist for The Washington Post was slain and dismembered in the consulate.

Thursday's announcement by Saudi prosecutors that Turkish evidence shows his slaying was premeditated is yet another change in the kingdom's shifting narrative.

A look at the Khashoggi case, as it developed.

Oct. 2: Khashoggi enters the Saudi Consulate at 1:14 p.m. He had left his mobile phones with his Turkish fiancée, who waited for him outside the consulate. She calls friends hours later to tell them that Khashoggi never emerged.

Oct. 3: In a wide-ranging interview, Saudi Crown Prince Mohammed bin Salman tells Bloomberg that his understanding was that Khashoggi left the consulate after "a few minutes or one hour." He says his kingdom's authorities are in talks with the Turkish government to determine what happened but insists Khashoggi was no longer in the consulate and says Turkish authorities are welcome to search it. "We have nothing to hide," he says.

Oct. 4: The Saudi Consulate tweets it is following up on media reports of Khashoggi's disappearance "after he left the building." Turkey summons the Saudi ambassador.

Oct. 6: Saudi Arabia says it has sent a team to "investigate and cooperate" with Turkish officials on the case.

Oct. 7: Turkish officials say Khashoggi was killed at the consulate. A Saudi government statement describes the allegation as "baseless."

Oct. 9: Turkey says it will search the consulate.

Oct. 11: Turkey says it has agreed with Saudi Arabia to form a joint group to shed light on the case. The Saudi team arrives in Istanbul a day later.

Oct. 13: Saudi Arabia's interior minister describes media reports that there were "orders to kill" Khashoggi as "lies and baseless allegations." Turkish media quote officials as saying Khashoggi was killed and dismembered in the consulate.

Oct. 15: Teams of Turkish investigators finally enter the consulate to start their search. A Saudi-owned satellite news channel describes the Saudis who were shown arriving in Turkey as "tourists."

Oct. 16: Without warning, the Saudi consul general in Istanbul, a key witness in the case, leaves Turkey for Saudi Arabia.

Oct. 19: Saudi Arabia's public prosecutor says preliminary investigations show an "altercation" and "fistfight" led to Khashoggi's death shortly after he entered the consulate, and that 18 Saudi nationals have been detained. A Saudi Foreign Ministry official says the kingdom is investigating the "regrettable and painful incident of Jamal Khashoggi's death" and forming a committee to hold those responsible accountable.

Oct. 24: The crown prince tells an investment forum in Riyadh that Khashoggi's killing was a "heinous crime that cannot be justified."