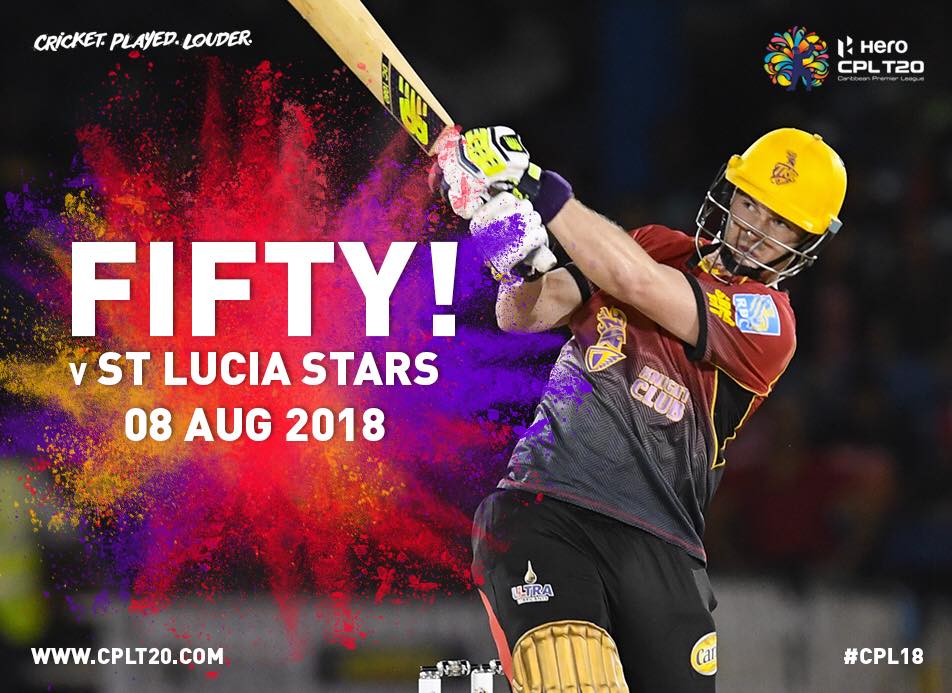 Trinbago Knight Riders batsman Colin Munro said his team produced “close to a complete performance” in their 100-run win over the St Lucia Stars on Wednesday night at the Queen’s Park Oval.

The massive win ensured the defending champions started their quest to become the first franchise to retain the Caribbean Premier League title the right way.

Munro was voted Player of the Match for his 48-ball 68 and said of the award, "The last thing my daughter told me was win a trophy. This [bottle of 21-year old rum] is probably a better gift.”

The New Zealand batsman said of his performance, "(I’ve) been given the license to go out and play. Comes off sometimes, doesn't at other times. Ramdin coming out the way and play like he did always helps. This is pretty close to a complete performance."

Denesh Ramdin built on Munro’s innings brilliantly with a quick-fire 50 not out off 27 balls to pace the Knight Riders to 195/6—the highest T20 score ever at the Queen’s Park Oval.

Fawad Ahmed and Dwayne Bravo both took three wickets in an impressive win for the Knight Riders.

The 100-run defeat for the Stars marked only the third time in CPL history that a side has lost by over a 100 runs.

The Knight Riders face the Jamaica Tallawahs at the Queen’s Park Oval on Friday, while the Stars are up against the Guyana Amazon Warriors on Saturday at Providence.

On Match Day 2, the Amazon Warriors open their 2018 campaign on Thursday night against 2017 runners-up, the St Kitts and Nevis Patriots, at Providence.