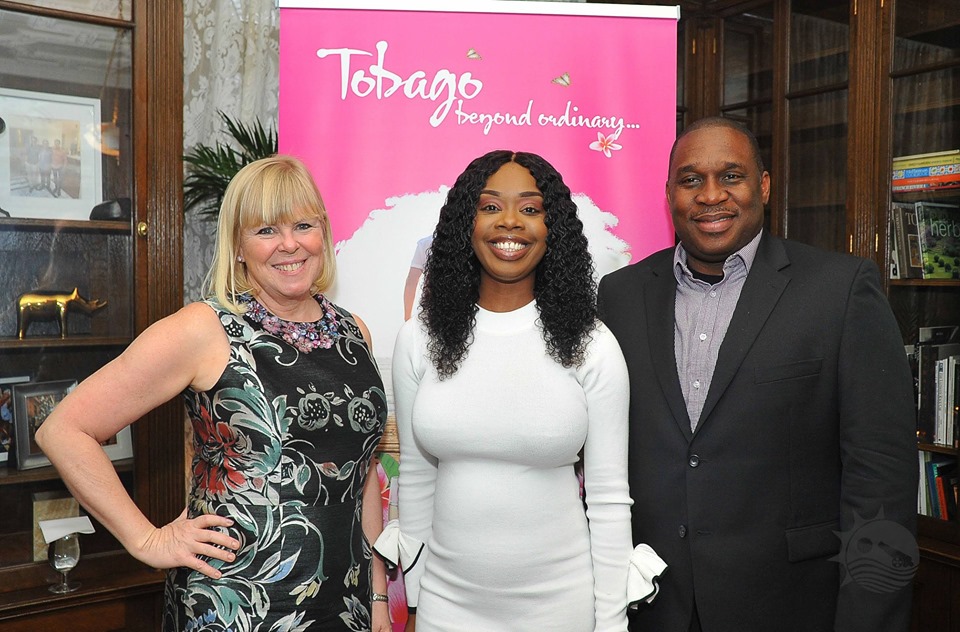 The Tobago Beyond brand was officially launched last Thursday to a full house of attendees in Toronto, Canada. The event saw upwards of 80 tour operators, media personnel and members of the diaspora living in Canada gather to experience the unveiling of the destination brand for the first time in Canada.

An elated Secretary of Tourism, Culture and Transportation, Councillor Nadine Stewart-Phillips, was confident that the objectives of the launch and mission were met.

Describing the first-ever destination Tobago launch in Canada as "historic” Councillor Stewart-Phillips said that the reception and feedback from attendees were very encouraging and she is confident that Tobago will continue to see an influx of Canadian visitors as a result of the launch.

"Our research has been corroborated this evening. By their own admission here, Canadians are adventure seekers and lovers of nature. Our guests fully appreciated the attributes of Tobago we presented to them and look forward to experiencing Tobago for themselves," Councillor Stewart- Phillips stated after the event.

CEO of the Tobago Tourism Agency Ltd, Louis Lewis was also pleased with the turnout, noting that guests had the option of attending similar events that were simultaneously occurring in Toronto but chose to attend the Tobago brand's launch. This, he said, signalled a high interest in destination Tobago.

Sarah Smart, one of Canada’s top social media influencers said that she was particularly impressed by the Agency’s 'Untouched, Unspoilt and Undiscovered' tagline as it primarily speaks to everything Canadians look for when searching for a vacation destination.

"Your presentation was warm and inviting, I felt like I was already experiencing a vacation in Tobago. I love nature; green spaces are so attractive and I see that Tobago has a lot of it so it has definitely been placed on my to-do list for this year."

Sunwing, which is the first carrier to provide direct service from Toronto to Tobago, was also present at the launch with the aim of bringing further awareness of destination Tobago to its clientele.

Canada was identified by the TTAL in its Road Map as one of the new growth markets for destination Tobago. The launch officially revealed the Tobago Beyond market strategy to the Canadian market, with a series of customised events for travel trade and consumer media, travel intermediaries, airline partners, social media influencers, local VIP's and high net worth influencers.