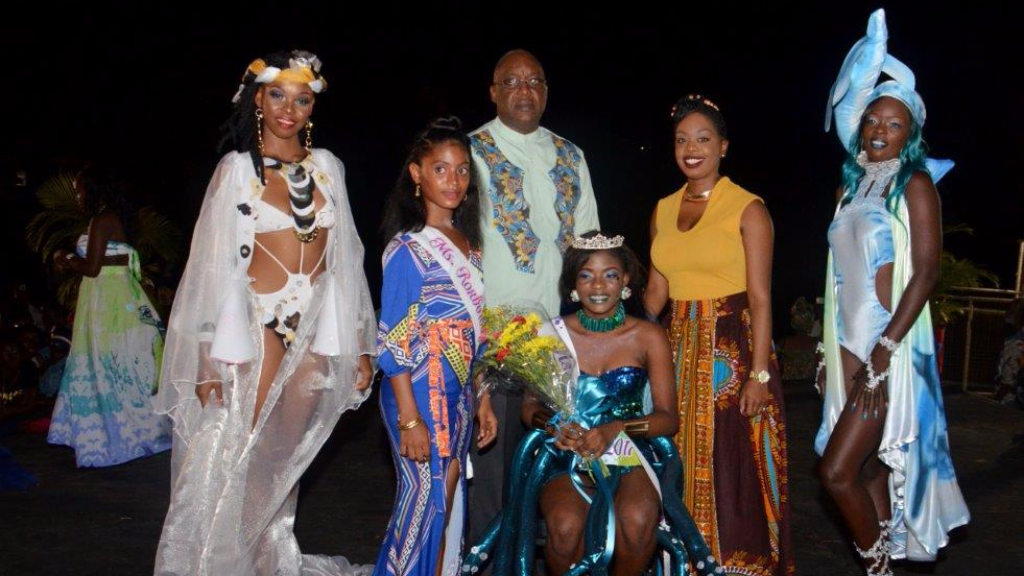 With much excitement, pomp, and flare, the Tobago Heritage Festival (THF) 2017, themed Bring Back De Ole Time Days: Len Hand, was launched with a grand Opening Ceremony at the Shaw Park Complex in Scarborough on Friday, July 14.

The seamless production took the audience deep into the historical and cultural roots of Tobago’s people, depicting a journey from the time of the island’s indigenous peoples until our present day, making the links between our past and present, in what the narrator termed “his-story, her imagination”.

The three-person team who wrote and directed this year’s opening ceremony, Jared Prima, Olimall Gordon-Holder and Onika Henry, indicated that the concept, content, and style of this year’s Tobago Heritage Festival Opening Night was infused with social activism that was influenced by the current social and economic challenges that face Tobago.

In a joint statement, they indicated: “The themes of resiliency, determination, and awakening run through the production, together suggesting a need for, or perhaps even provoking, a revolution in thought and subsequent action, in the way we individually and collectively contribute to Tobago’s healthy progress and development.”

In her welcome remarks at the Opening Ceremony, Secretary of Tourism, Culture and Transportation, Councillor Nadine Stewart-Phillips, also stressed on the necessity of progress to drive Tobago forward, but also indicated the importance of holding on to and celebrating the past. She also addressed the merging of responsibilities for Culture and Tourism under her Division, and the opportunities presented by this merger.

“This year, for the first time, the festival takes place under the umbrella of the newly merged Division of Tourism, Culture and Transportation,” Secretary Stewart-Phillips said. “This development is significant because the Heritage Festival is a frontrunner among the destination’s tourism products and the Division is committed to packaging and showcasing Tobago’s most unique and cherished traits – our culture – to the rest of the world.”

The Festival continued into the weekend with the highly anticipated Tobago Ole Time Wedding in the northwest village of Moriah, where crowds of patrons swarmed to the streets to see, and even partake in, the popular re-enactment of a traditional Tobago wedding on Saturday, July 15.

The bright hues of the wedding party’s costumes created a rainbow of colour winding through the narrow streets of the hilly village as performers, villagers and visitors alike danced the traditional “brush back” to the beat of live performances of the fiddle and the tambrin – an indigenous instrument to Tobago. As one of the more immersive events in the calendar of events for the Festival, the Ole Time Wedding allowed everyone the chance to relive history from the wedding ceremony at the Moriah Moravian Church to the wedding reception at the Moriah Recreational Ground.

On Sunday, July 16, the Tobago Heritage Festival took over the bustling seaside village of Roxborough for the Sport and Seafood Festival. The packed day of events had something for everyone, with a morning of friendly sporting competition for participants of all ages; followed by a foodie’s delight with the Culinary Seafood Sale at noon; and an evening showcasing the beauty, talent and creativity of the village’s young women at the Ms. Bay Queen Competition.

Ms. Station Hill, Abioka Jerry, was crowned Ms. Bay Queen 2017 by Secretary Stewart-Phillips who also delivered opening remarks at the competition. Roxborough’s Sport and Seafood then culminated with a free talent and fashion show that highlighted the works of some of Tobago’s up and coming designers.

The Festival spans over a two week period from Friday, July 14 to Tuesday, August 1, during which time visitors and Tobagonians alike can visit the many quaint and friendly villages and experience their way of life, oral traditions, culture, dances, music, and of course, their culinary delights. The Festival continues today in the village of Charlotteville for the National Treasures Day and Concert where patrons can partake in the village trek and treasure hunt, and take in the cultural stage show.