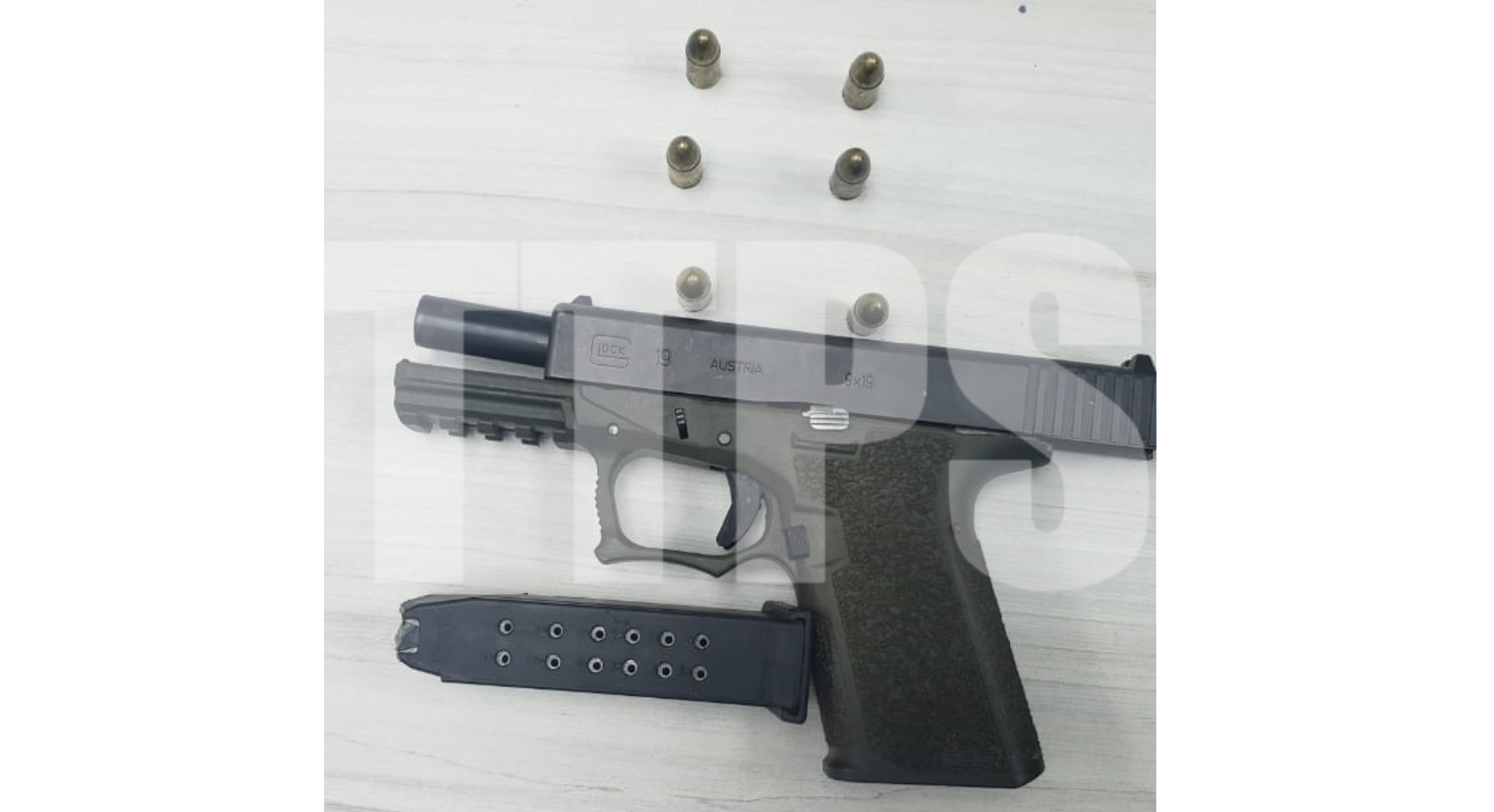 A 29-year-old labourer has been arrested for possession of firearm and ammunition by officers on patrol in the Roxborough district, Tobago.

On Friday around 7.30 pm WPC Gardner and PC Hazel were on mobile patrol along Cambridge Trace, Goodwood, when they observed a 29-year-old man acting suspiciously.

The suspect unsuccessfully attempted to elude the officers who held him and proceeded to search him. During the search, the suspect pulled away, and when he did so, a black and green pistol fell from his waist.

A Glock pistol fitted with one magazine containing six 9 mm ammunition. The firearm and ammunition were seized and secured.

The 29-year-old man of St Luke Patience Hill was arrested and taken to the Roxborough Police Station.