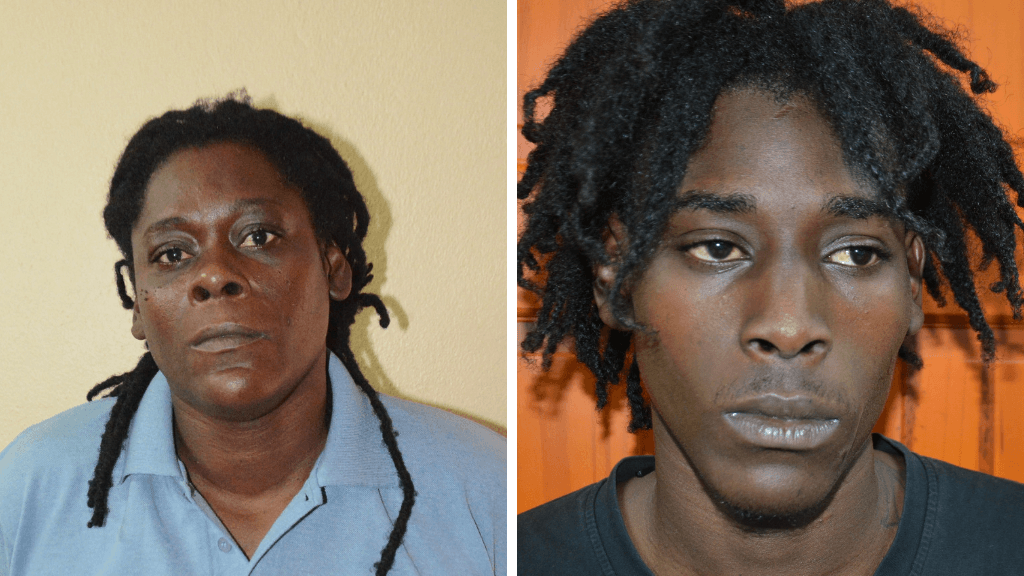 A Tobago woman and her 20-year-old son have appeared before a Scarborough Magistrate, jointly charged with the murder of Angkell Thomas.

Shelly-Ann ‘Empress’ Douglas, 46, and Rodelle ‘Skeedo’ Douglas, 20, both of Signal Hill, Tobago, stood before Senior Magistrate Indrani Cedeno in the Scarborough Magistrates’ Court on Monday to answer to the charge.

Thomas, 25, of Bethel, Tobago, got into an altercation around 6 pm on August 21, 2018, with a group of people along Lambeau Signal Hill Road, Lambeau, Tobago, during which he was stabbed.

The suspects escaped, while the victim who was taken to the Scarborough General Hospital, by a passer-by, succumbed to his injuries the following day.

The mother and son were initially arrested a day later, but were released pending enquiries.

They were rearrested on May 31 and subsequently charged following advice received from Deputy Director of Public Prosecutions Joan Honore-Paul last Saturday.

Investigations were supervised by W/Cpl. Quashie George, while PC Hector, both of Homicide Bureau of Investigations Tobago, laid the charge.

The matter has been adjourned to July 1.