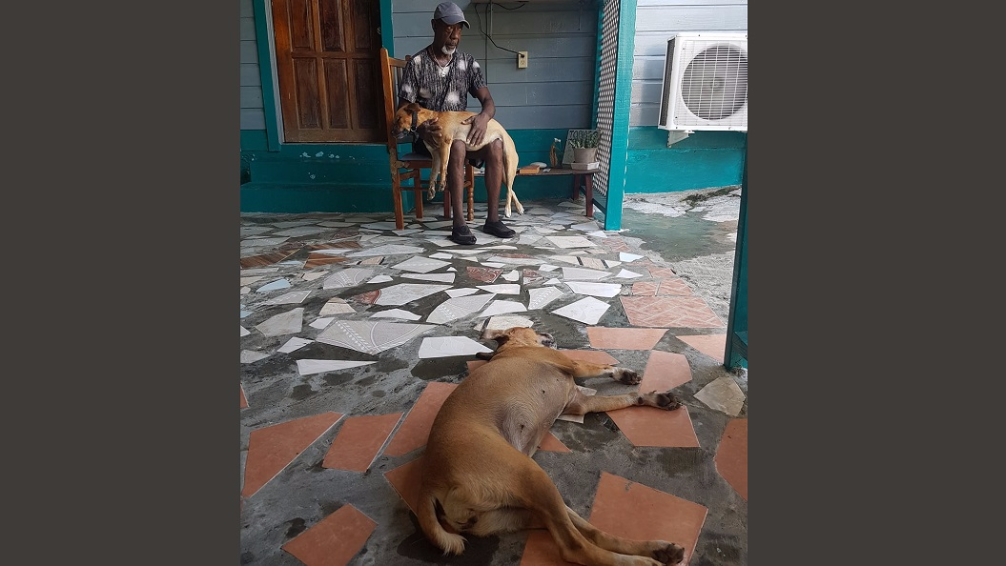 (Photo: Tobagonian Errol Thomas mourns the loss of his dogs, which were cruelly poisoned while contained in his yard. Photo courtesy the Tobago shelter of the TTSPCA.)

A Tobago man is mourning the loss of his three dogs after they were cruelly poisoned while secured in his own yard.

The Tobago shelter of the Trinidad & Tobago Society for the Prevention of Cruelty to Animals (TTSPCA) showed a photo of Errol Thomas crying while cradling his beloved dog. At the bottom of the photo was another of his dogs which died after succumbing to poison.

The organisation condemned the killers that committed the terrible act.

"Errol Thomas has lost three dogs to poisoning in the space of one week. He found BJ dead last week but was able to save Butters. This morning the offender returned to finish off Butters and Azali, also poisoned, was euthanised as she was suffering and the poison was irreversible."

"There are people that think it is ok to poison animals that are a nuisance, whether they are damaging their property or killing lifestock. Take a look at the other side."

"You are not just taking a life but you are taking something that means everything to somebody. We at the TTSPCA Tobago are sorry for your loss Errol. RIP doggies," the group said.

The organisation was careful to add that Thomas' yard is fenced off, and the animals were not roaming.

According to Section 16 of the Summary Offences Act, it is illegal to kill any domestic animal being kept within private premises and anyone in contravention of this may be liable to a fine of up to $1,000 or imprisonment for up to six months.

"16. Any person who unlawfully and maliciously kills, maims, or wounds any dog, bird, beast or other animal, not being cattle but being either the subject of larceny at Common Law or ordinarily kept in a state of confinement or for any domestic purpose, is liable on first conviction to a fine of one thousand dollars over and above the amount of the injury done or to imprisonment for three months and on any subsequent conviction to imprisonment for six months."