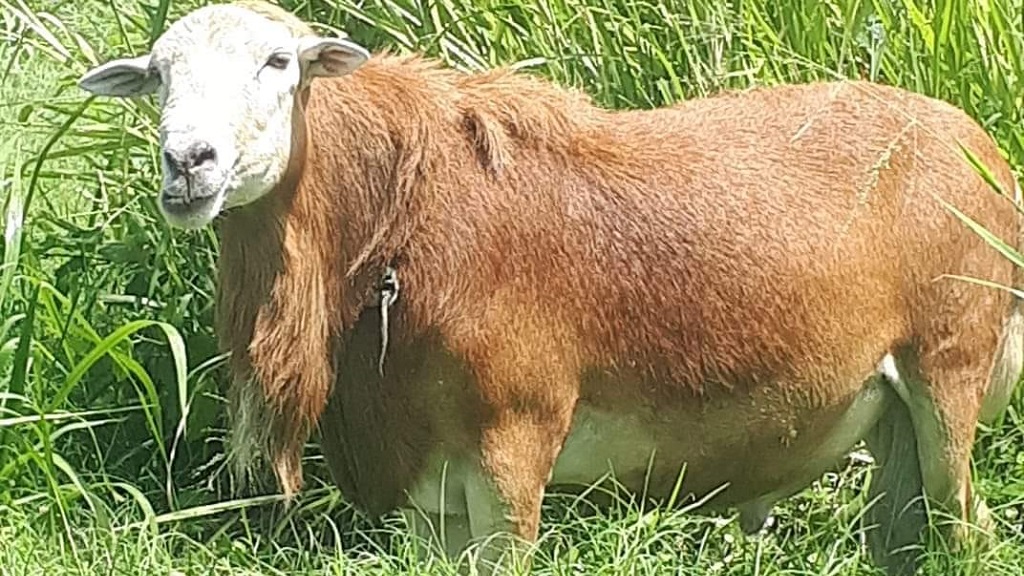 Photo: A Tobago ram was allegedly taken in Tobago. The horns were said to have been removed.

A $10,000 reward is being offered for finding a Tobago ram which was allegedly taken earlier this month - her quest has since gone viral online.

Facebook user Chance Keshia Simon Kennedy made a social media live post on Saturday in obvious distress, saying that her ram, which was being kept in Lowlands, Tobago, was reported missing.

She said she had become attached to the ram and placed a value on him which was more than just agricultural.

"I not robbing, taking man money, breaking the law, or sit down waiting on hand outs. The place hard so I gone into farming. I have other animals but I buy my west African Ram sheep because I like him, now I can't find him the animal was not left unattended by the side of the road, it was in a yard as it has been for years. Offering me back my money not making me feel better I WANT TO KNOW WHAT HAPPEN to cupcakes."

"That ram has attitude, he wouldn't go with anybody, it has to be somebody who knows that ram."

"I would like to have my ram back please, I'm willing to pay for the ram....I real pissed off because the other people who have my sheep, they see me every day...nobody was told that the ram was missing and nobody else's animals were missing, just my specific ram, hence the reason I believe my ram was sold by somebody that knows it well."

"It's not political, it's just an innocent ram that I would like to get back," she said, saying she is determined to have her pet back.

The woman said she will give a $10,000 reward to anyone who can return her ram.

"Reward of $10,000 to any one who knows the whereabouts of this Ram. It was last seen in the lowlands area 8 Birchwood triangle. If you see it I'll tell you what to look for to know if it's mine," she said.

"No prayers or money can't get my mind from where it is right now. Ah doh want a next ONE, one similar, 10 better I want that Ram. I swear is as if is my child allya take," the distraught woman said.

She said persons reported seeing a 'short Indian man' who visited the area with a white van, who may know the ram's whereabouts.