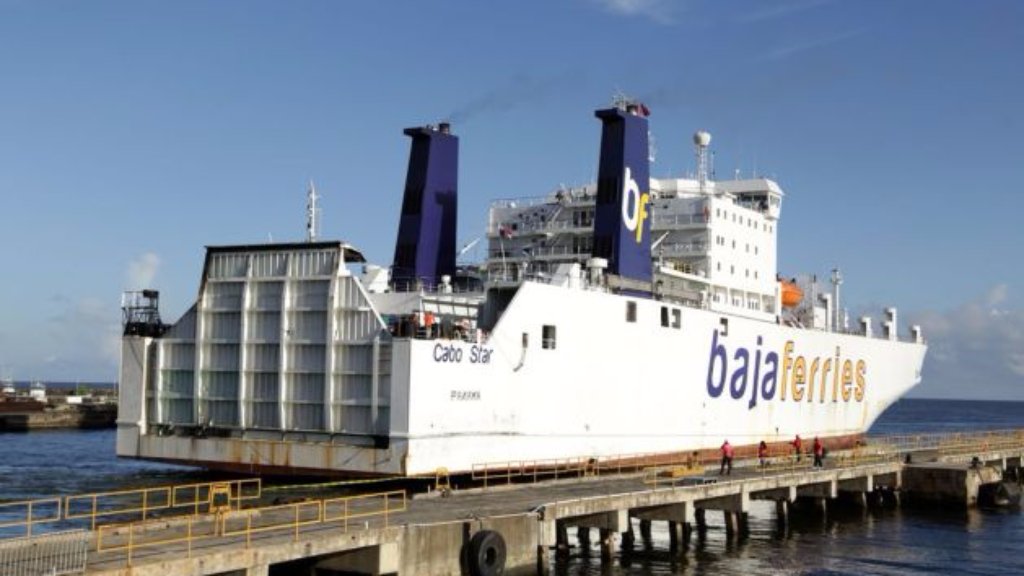 The Cabo Star arrives in Tobago. Photo: The Tobago House of Assembly

Chief Secretary at the Tobago House of Assembly Kelvin Charles has expressed satisfaction with the interim passenger vessel chartered to service the inter-island sea bridge.

The MV Cabo Star arrived in Tobago on Friday and is intended to be an interim arrangement to the problems caused by the MV Super Fast Galicia being pulled from local service. The vessel is expected to service the inter-island route for a period of at least a year.

Touring the vessel on Friday, Charles said the boat is a step up from its predecessor, “good as any, better than many.”

“Certainly, by comparison we had nothing like this on the Galicia,” the Chief Secretary stated. “…There are times when sometimes as we make comparisons—because I remember hearing some comparisons on the basis of price—but at that time we had no idea those of us who made the comparisons [about] the quality of the appointment of the vessels.”

He believes with the increased capacity of the Cabo Star over the Galicia the vessel will be able to meet Tobago’s needs.

“From all appearances the capacity is more than the Galicia. That’s number one,” he said. “More importantly, what this means given how we treat with cargo between Trinidad and Tobago at this time, is that you’re going to have daily trips. In most of the Caribbean countries you don’t have a situation where a cargo boat arrives at port every day.”

He noted that while public perception on the situation may be that a new boat would have been a better solution, it would take up to three years to have a custom-built vessel that would satisfy the country’s needs.

The Chief Secretary is calling on those who will use the Cabo Star to respect the facility that has been provided and “treasure” it, instead of causing damage to the vessel. 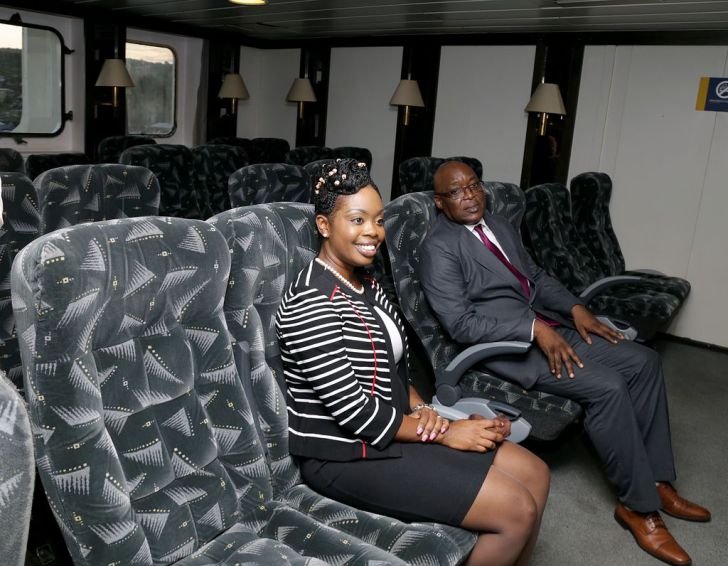 Meanwhile, the Tobago Division of the Trinidad and Tobago Chamber of Commerce and Industry is also pleased with the new vessel, particularly as it relates to its increased capacity.

Chairman of the Tobago Chamber Demi John Cruickshank has advised Tobago businesses to return their focus to building their businesses.

The Cabo Star is expected to make the trip in roughly five hours, Cruickshank said, which is welcome news for businesses since it will improve their efficiency. He is also happy about the size of the vessel, which Cruickshank said will more than meet the needs of the island.

The vessel boasts 12 cabins, each capable of housing four to six people, and a few lounges where passengers can sit in comfort as they travel. The vessel can take up to 130 cargo trucks.

At this time, he said, the vessel has so much room that Easter and other festive times would be the only times that the boat can be filled to capacity.

“I’m very, very happy to see that the truckers have very good accommodation. It’s like a mini cruise ship. So I want to say that we are comforted that the vessel is here.”

He said while Tobago’s businesses “should not have been put in this position”, the vessel provides them with a new opportunity.

“…We have to try to utilise the vessel, and I’m calling on all business persons to use the vessel at maximum capacity to restock our warehouses,” Cruickshank said.

Bridgemans responds: We are qualified