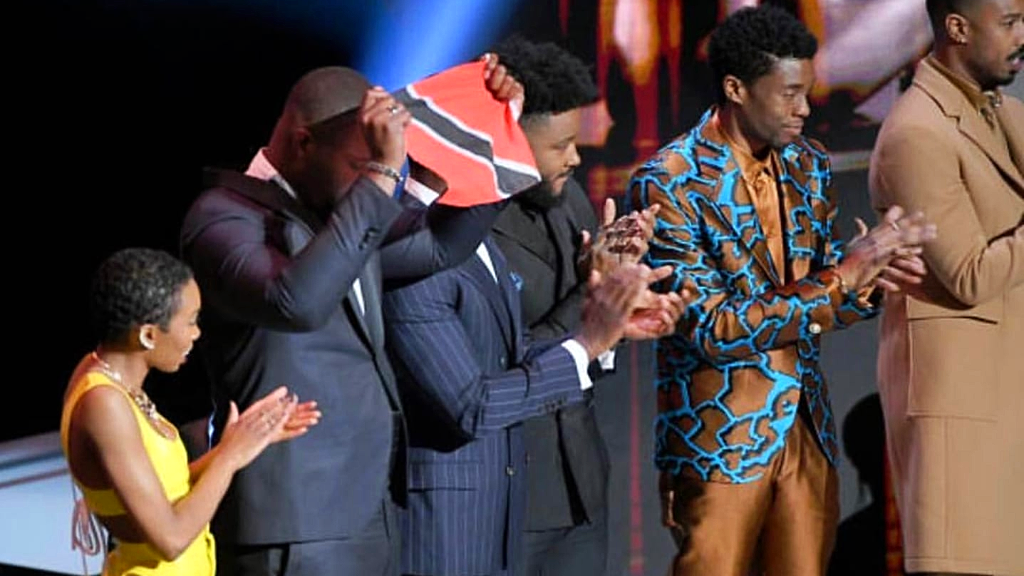 Winston Duke has been flying the Trinidad and Tobago flag high, most recently at the NAACP awards, where Black Panther was awarded Best Motion Picture.

A photo shared on Facebook by veteran journalist and news anchor Dominic Kalipersad showed Duke as he flashed the national flag as the cast accepted the award on Saturday night.

Duke, who has been vocal about his Tobago roots, most recently appeared in Oscar-winning director Jordan Peele's 'Us', which is showing in cinemas now.

"I remember what my mother told me when the movie came out....she told me that the stone the builder refused would become the (cornerstone)," he said, referring to Psalm 118:22 of the Bible.

Beyonce was named entertainer of the year at the 50th annual NAACP Image Awards that highlighted works by entertainers and writers of color.

After Beyonce accepted the award Saturday night, the superstar paid homage to the people who were nominated in the same category as her. She beat out Los Angeles Lakers superstar LeBron James, Regina King, Chadwick Boseman and director Ryan Coogler.

"Regina King, I love you so much. You taught us patience, persistence and how to be masterful in your craft," she said. "Chadwick Boseman is teaching children to dream and to be seen as kings. LeBron James has taught us the strength of all forms, leading by example and providing education to our kids. Ryan Coogler tells our stories in a way that celebrates our history and proves we do have power."

Beyonce added: "I'm honored to be included among all of you, and to be a part of a vital and thriving community. Thank you to the NAACP."

Beyonce released a joint album last year with her husband, Jay-Z, called "Everything is Love." The prolific singer also paid tribute to historically black colleges and universities, as well as the dance troupes and step teams during her groundbreaking two-hour Coachella Valley Music and Arts Festival performance. She also performed "Lift Every Voice and Sing," which is known as the national black anthem, at the festival and donated $100,000 to four black universities shortly after her performance.

The awards ceremony aired live on TV One at the Dolby Theatre, the same venue that hosts the Academy Awards.

Jay-Z received the President's Award for the rapper's public service achievements. He was recognized for his efforts through his Shawn Carter Foundation and serving as co-founder of the REFORM Alliance.

The rapper executive produced the documentaries "Rest in Power: The Trayvon Martin Story" and "Time: The Kalief Browder Story," along with an animated documentary short called "The War on Drugs is an Epic Fail." That documentary highlighted the unfavorable treatment of black and Latino people when it comes to drug-related crimes.

Jay-Z quoted Abraham Lincoln after he accepted his award and dedicated his trophy to his 93-year-old grandmother Hattie White, saying: "She's so full of life." He also paid homage to the women in his life, including his wife, Beyonce, who smiled while her husband made his speech.

"It's not the amount of years in your life. It's the amount of life in your years," he said. "That quote embodies my beautiful grandmother." 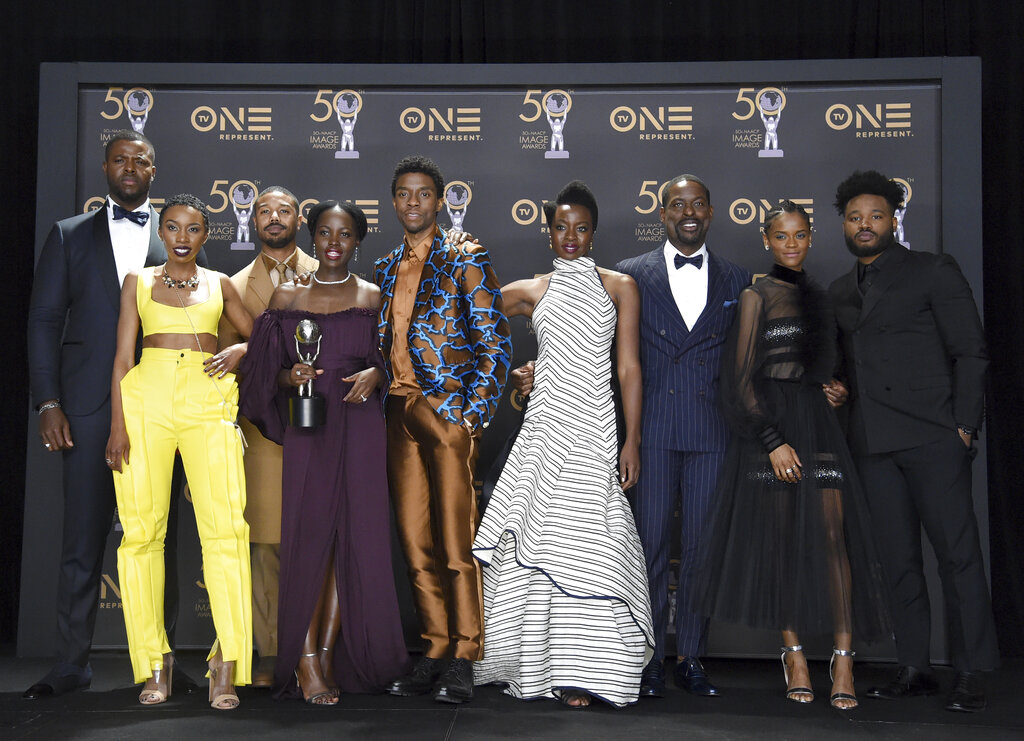 "Black Panther" was awarded best motion picture. The Marvel blockbuster hit beat out "BlacKkKlansman," ''Crazy Rich Asians," ''If Beale Street Could Talk" and "The Hate U Give."

The superhero film was a cultural phenomenon. It earned $700 million domestically during it theatrical run.

Jussie Smollett, who lost to "Grey's Anatomy" star Jessie Williams in the supporting actor in a drama series category, did not attend the awards.

It has been a tumultuous week for the "Empire" star after a felony case against him was dropped in Chicago. The handling of the case, which accused Smollett of falsely reporting to police that he was assaulted by two men in downtown Chicago on Jan. 29, has drawn widespread condemnation.

"They said no Jussie Smollett jokes," Rock said. "Yeah, I know, but what a waste of light skin. Do you know what I could do with that light skin? That curly hair, my career would be out of here. I would be running Hollywood. What the hell was he thinking? You are known as 'Jessie' for now on. You don't even get the 'u' anymore. That 'u' was for respect. You ain't getting no respect from me."

In response to Rock's jokes, "black-ish" star Yara Shahidi made her stance in the Smollett controversy obvious.

"I stand with Jussie," Shahidi said before she handed the microphone to Marcus Scribner and ducked into her crowd of castmates including Anthony Anderson and Tracee Ellis Ross

Anderson returned as host of the show and won for best actor in a comedy series. He opened the awards speaking about "black excellence" in film, hoping his behavior wouldn't get him removed as host and made several jokes including one about Kanye West not being invited to cookouts.

Anderson brought his mother onstage with him and dedicated his award to "the woman who raised me in Watts (California) and pushed me to become an actor."

"Everything I do on screen is for you momma," Anderson said of his mother, who clutched his award. He also shouted out U.S. Rep. Maxine Waters, who sat in the first row.

Waters received the NAACP Chairman's Award for public service. She spoke about young voters taking a stance at the polls, her thoughts on getting rid of the Electoral College and President Donald Trump's presidency.

"I still think he needs to be impeached," Waters said of Trump. "This president has defined himself as a liar."

Donald Glover, who won four Grammys this year, won for his directing on "Atlanta." On the music side, his alter-ego Childish Gambino's song "This is America" won for best music video.

With 'Black Panther' and now 'Us,' Winston Duke is on a roll

Watch: Check out this creepy trailer for 'Us' starring Winston Duke