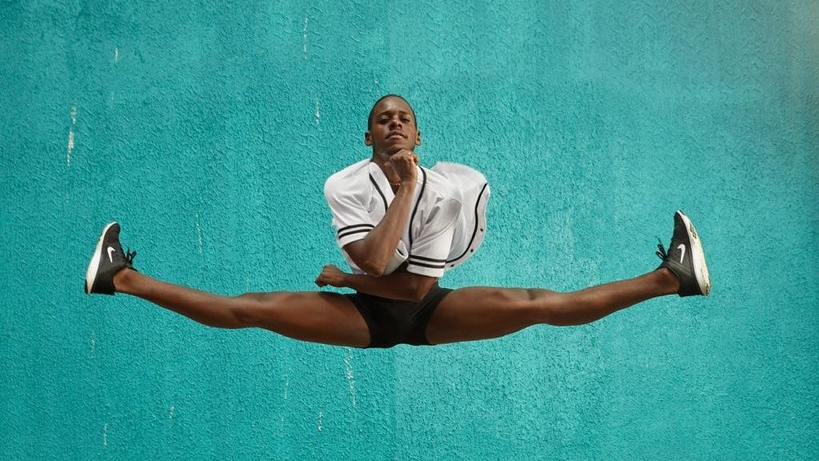 Third time really proved to be the charm for Tevin Daniel.

After two failed attempts, the Elle InfiniTT instructor has been accepted to join the cast of the Lion King in the United Kingdom.

Daniel, who left Trinidad on Sunday to take up his role in the ensemble, will perform with the cast in four cities: Bristol, Edinburgh, Cardiff and Bradford. The tour is in celebration of the production’s 20-year anniversary on London’s West End.

The Kilimanjaro-trained stilt walker will be performing as a Giraffe.

The opportunity to perform in the prestigious production is a dream come true for Daniel who auditioned twice before.

“I auditioned when I was a student at the University of Trinidad and Tobago and the second time was last year in New York,” he told Loop.

Daniel revealed that when Lion King announced auditions in T&T, he said he was definitely going to “lick it up”.

“But I got sick the day before, it was bad. I was so close to not going but my friend said boy just go. I took a bunch of drugs and went,” he said.

As some of his friends got calls indicating their auditions were successful, Daniel felt like his chance had slipped away and he began preparing to take up a full scholarship he was offered to study for his Masters degree in Dance and Studio Related Studies at Florida State University.

Then the call came.

“It wasn’t a difficult decision,” he said of his choice to take up a spot in the Lion King cast.

“I have been wanting to perform and dance since I was a toddler so when the opportunity came I said let me do it,” he said.

Daniel deferred his scholarship for a year, which will be around the time his contract with the production ends.

“I have a lot of mixed emotions. I am happy for the adventure but I am leaving all my friends and family and my class at Elle has now started to pick up,” he said.

"I am thrilled that he is getting to leave but I don’t think he will come back. It is kinda sad, we’ve gotten close, I used to take his class," said Elle founder, Lashaun Prescott.

Daniel taught at Elle where Prescott said he had the more popular classes. He taught dancehall and contemporary dancing and recently started teaching kids’ gymnastics with Spirit Academy.

He said he started dancing very late, around the age of 16.

His friend’s sister, who was a dancer, encouraged Daniel and some of his friends from St James Secondary to take the teen Hip Hop classes at Elle Incorporated.

Daniel fell in love with dance and auditioned for a spot in UTT, with no technical or ballet training.

“Although I started with Hip Hop and Dancehall I love contemporary. I love the fluidity, how smooth it is. I love the emotional stuff. When I was young I wanted to be a fireman and after finding dance I wanted to perform, I want to be on stage doing this. If I could wake up every day and go to rehearsal and dance every day and get paid I would be happy. The goal was to do something like this so this is a dream come true,” he said.

Too Much Talent presents Dropped: Erphaan is Locked On

Too Much Talent presents Dropped: Lexxi teaches us the Jabba dance