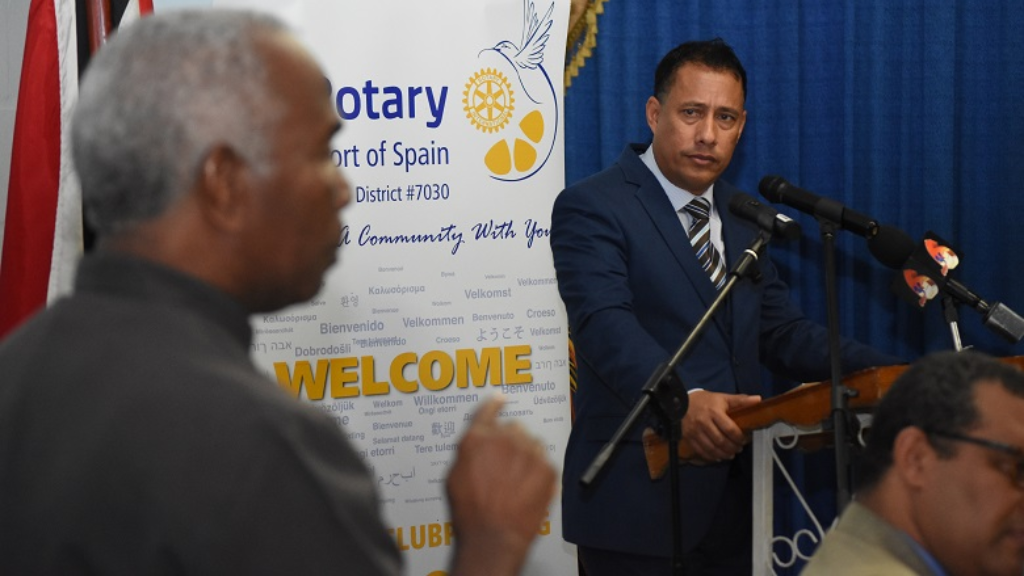 Police Commissioner Gary Griffith intends to roll out a number of initiatives in the near future, in order to regain the public’s trust and confidence in the Trinidad and Tobago Police Service (TTPS).

He made the disclosure while addressing a gathering at the Rotary Club of Port of Spain’s weekly luncheon at Ariapita Avenue Woodbrook, on Tuesday.

Among those in attendance were Jamaican High Commissioner to Trinidad and Tobago, David Prendergast, Port of Spain Rotary Club President, Hadyn Gittens as well as visiting Rotarians from the Diego Martin and Maraval districts.

Commissioner Griffith said the establishment of an Operational Command Centre for the TTPS will allow for the real-time analysis of intelligence and the deployment of resources where needed to deal with reports of serious crimes.

He added that this will result in quicker response times to incidents of crime and assist in developing a stronger police presence across the country.

The Commissioner also announced the introduction of a Cold Case Missing Persons Unit dedicated to finding persons who have been missing for a long period of time, which will bring closure to many families on the whereabouts of their loved ones.

Responding to questions from members of the audience, Commissioner Griffith spoke about the issue of police officers failing to identify themselves properly to citizens during the execution of their duties.

He added said he proposes to introduce uniforms which bear a badge and the officer’s regimental number to help members of the public correctly identify a police officer.

The CoP reiterated to the audience that through proper leadership, management and accountability, the TTPS will be respected by citizens and in return, citizens will be treated with respect by police officers during the execution of their duties.

Griffith: Officers held for kidnapping will be fired