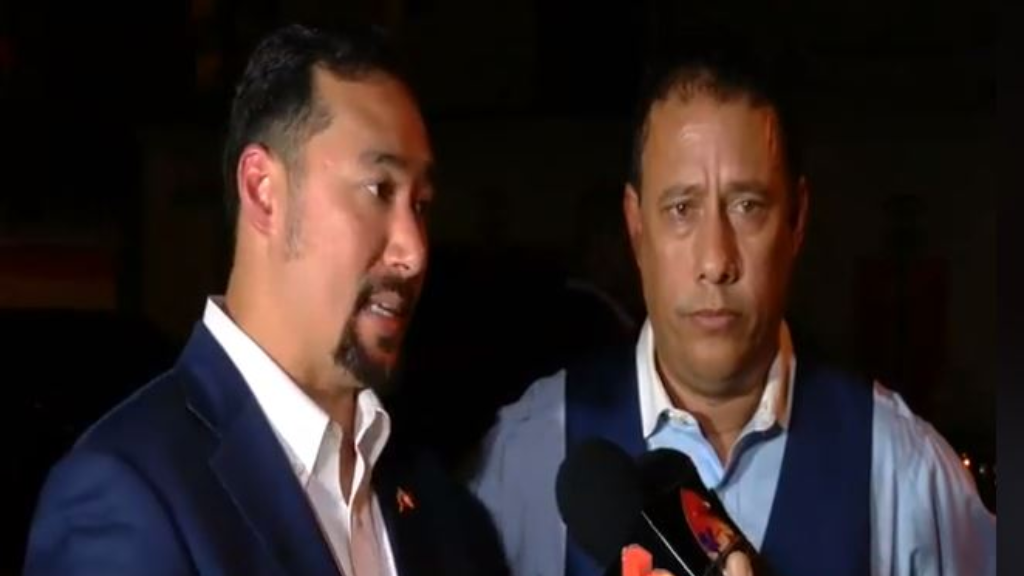 Police Commissioner Gary Griffith has announced that the police service did not cower to criminal elements but rather, used intelligence to extract kidnapped 47-year-old mother of three, Natalie Pollonais.

Griffith was speaking alongside National Security Minister Stuart Young outside the Police Administration Building at the corner of Edward and Sackville Streets in Port-of-Spain, hours after the announcement of her rescue.

Pollonais was safely recovered from a location that is yet to be disclosed by police. She was subsequently taken to the Police Administration building and is said to be safe, unharmed and in overall good health.

The Top Cop did not reveal too much information on the procedures undertaken to find and safely retrieve the woman but assured that a combination of units was used to achieve this feat.

“This was a clinical operation that took place for the last four days and nights. There were different members of the protective services and the Defense Force. We worked hand in hand, it was a coordinated effort. We saw the value of that type of coordination which we never saw in a while. It involved, again I would like to thank the different members; arms of the protective services inclusive of the Trinidad and Tobago Police Service, the AKU, OCIU, Special Branch, the Police Headquarters, SSA and the tactical units."

Griffith confirmed that this was a kidnapping for ransom but noted that one was not paid.

"I am not going to go into the specifics, what I can tell you, no ransom was paid, it was an extraction. We were able to get her out. Based on an operation that took place we were able to pinpoint, target the area. It was immense work and again, it had to do with the use of the national operations centre, the fusion centre, the units working together and taking intelligence to turn it into an operation."

Meanwhile, the police commissioner said a suspect has been held and efforts are underway to identify and arrest all who were involved.

He boasted that the exercise 'showed what police can do' and took it as an opportunity to issue a warning to criminal elements.

"It is not business as usual. What you have seen here tonight, with the extraction of Mrs Pollonais is what we intend to do and we would continue to do. We can never have a crime free country, what we would do is continue to provide the deterrent and ... with the assistance of the state for us to ensure the safety and security of this country."

National Security Minister Stuart Young has praised law enforcement officials involved in the safe retrieval of Pollonais who was abducted on Thursday morning.

Speaking with reporters following her safe recovery, the Minister said the Government is happy about the outcome of the exercise adding that it will continue to side with police in the fight against crime.

“Congratulations to the Commissioner of Police we were standing at his side as the government and at the side of all of those who were involved and the other law enforcement agencies who did a tremendous job and one of the great things was the way that they worked together throughout this operation.”

"The Government’s position has been that we will continue to support our law enforcement agencies and authorities and today is a day when we can breathe a sigh of relief, as the commissioner said, Mrs Pollonais is in good condition, she’s in good spirits and we can just chalk this one to a lot of hard work and a bit of luck."

Natalie Pollonais went to her C3 Centre Gym on Thursday morning and left around 10:30 am.

Relatives say the woman was expected to visit a friend and return home, however, calls to her phone went unanswered.

Family members became worried and raised an alarm, contacting police and informing them of their concerns.

Within hours, Pollonais' image, as well as photographs of her car, were circulated on social media.

The woman's phone was tracked and her vehicle was found around 10:40 on Thursday night at Cypress Hills, Union Hall, San Fernando.

Sources later revealed that Pollonais was kidnapped while en route to Debe, by men dressed in civilian clothing, posing as police officers.

The Palmiste woman is married to director of Inland and Offshore Contractor Ltd, Jason Pollonais.

Cops hold one for questioning in Palmiste woman's disappearance